Plaid is a financial technology company that offers banking, insurance and investment services. The company has been accused of stealing bank account data from its customers in order to sell it. 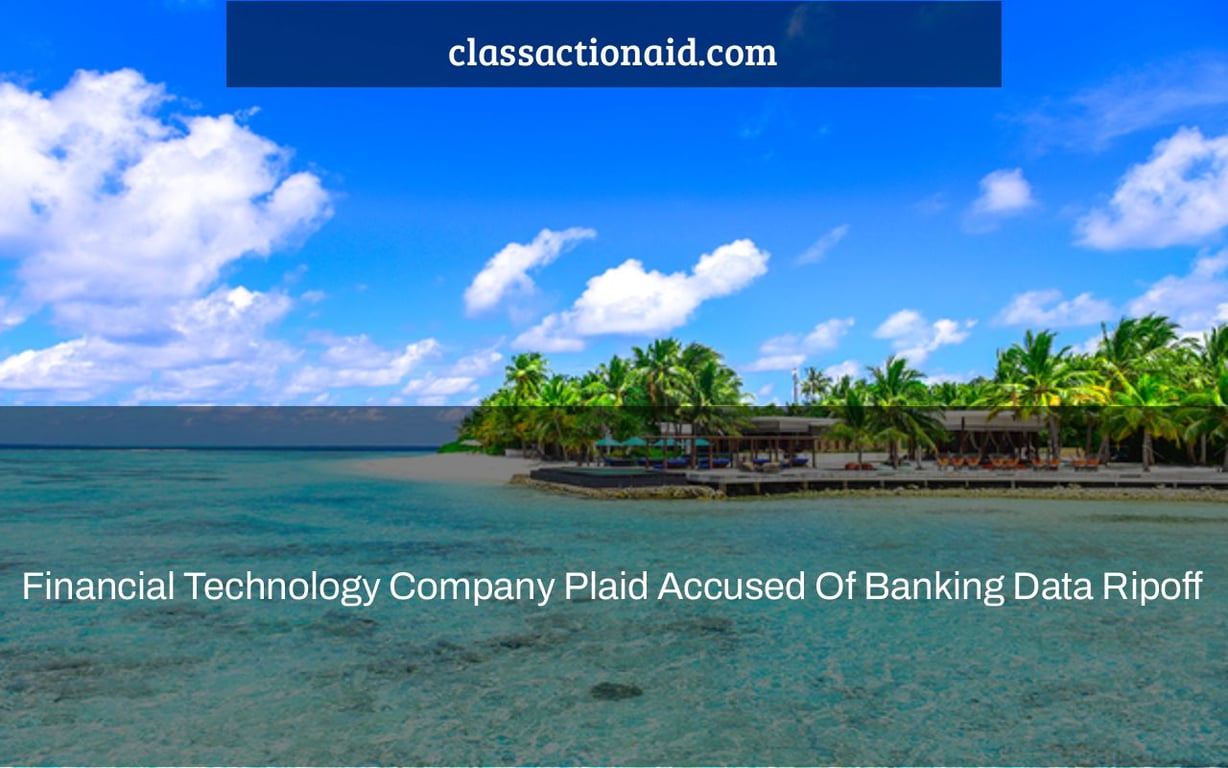 Venmo, Stripe, Square’s Cash App, and Coinbase are just a handful of the tens of thousands of financial services applications that rely on Plaid’s banking authentication services. Plaid, a financial technology firm founded in 2013, promises to link to more than 11,000 banking institutions across the globe, enabling them to engage with millions of people’s everyday banking, investing, and cryptocurrency applications. This has provided the corporation with unprecedented access to a large quantity of user financial data.

Plaid is accused of unlawfully collecting extensive private customer financial data, according to a class action complaint filed against the business in early May 2020. This data was subsequently sold on to other parties. According to the complaint, Plaid reportedly acquired data dating back five years, with an average of 3,700 transactions per user examined.

Plaid is a service that allows non-bank financial services applications to authenticate their users’ accounts. Payment applications like Square’s Cash App, investing apps like Robinhood, and cryptocurrency apps like Coinbase are all examples of these. Users must connect their on-app account to a bank account in order to utilize these applications, and Plaid is the gateway through which that link may be formed and authorized. Plaid’s services are utilized by over 2,000 different applications. As a consequence, Plaid has access to approximately one-quarter of all American bank accounts.

Plaid reportedly used this vast access to inappropriately access and sell the confidential information held in over 200 million accounts. Plaid’s ability in gathering and processing financial data dramatically improved its worth as a firm in the financial technology market, regardless of any direct financial gain they received from selling this information. Plaid’s $2.65 billion value in 2018 and Visa’s $5.3 billion purchase of the firm in 2020, according to industry analysts, may be ascribed in part to the mountain of individual financial data it has accumulated.

Despite the fact that it underpins so many of the financial applications we use every day, Plaid became part of the foundations of day-to-day financial activity in such a subtle way that many Americans may never have heard of it.

While consumers are invited to connect their bank account when opening an account with, say, Venmo, they are brought to a Plaid login page, according to the lawsuit. Users may not understand this since the screen is made to seem like it belongs to the bank itself, rather than Plaid’s logo and branding. If a user attempted to link a Bank of America account, they would be sent to a screen with the Bank of America logo and branding.

Plaid was able to obtain the financial information of millions of individuals while remaining undetected because to this method.

Morgan & Morgan data breach attorneys are totally committed to the battle for all Americans’ data privacy and security. Our attorneys have achieved substantial outcomes and made a genuine impact in the daily lives of millions, led by John Yanchunis, a national pioneer in the area of data breach cases.

We can assist you if your data has been inappropriately accessed, managed, or exposed as a result of the carelessness of a company like Plaid. Call us 24 hours a day, 7 days a week to get your case examined for free.

The “class action lawsuits to join” is a class-action lawsuit that alleges Plaid violated the Electronic Fund Transfer Act. The company has denied the allegations and says it will defend itself against the suit.

A: No, it doesnt. Plaid does not steal any data from users or their devices in order to provide its service.

What financial institutions use Plaid?