The opioid crisis could have been avoided had the government passed laws that restricted their use and distribution. However, for years, pharmaceutical companies have lobbied to pass regulations in ways that benefit them. This is a fight between public health advocates and big pharma over who has responsibility for fighting addiction. 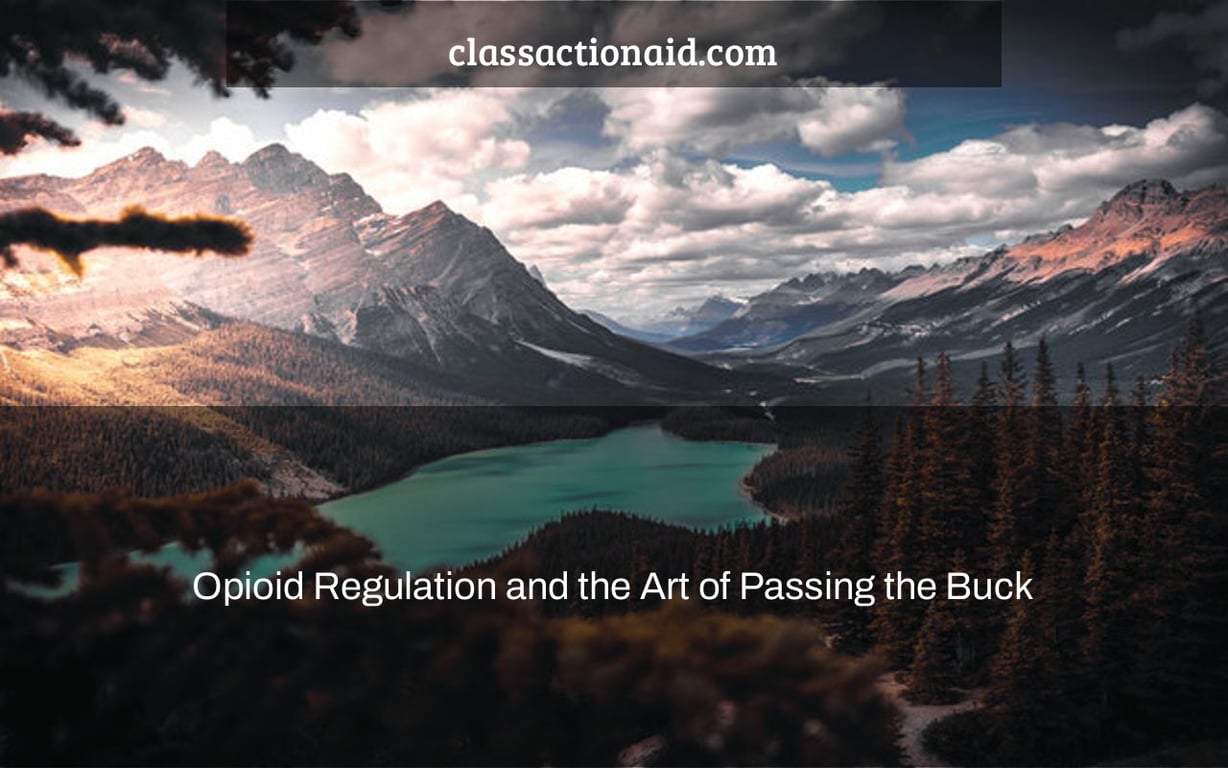 James Young, a ClassAction.com attorney who is widely recognized in the fields of pharmaceutical litigation, health fraud, and consumer protection, wrote this commentary. Mr. Young has led multiple multi-state Attorney General investigations, including initiating and co-leading In Re Risperdal, the biggest consumer protection medicine settlement to date. In the Vioxx Multi-District Litigation, he was named co-lead of the government plaintiffs group and served as chair of many litigation subcommittees. He is now preparing to file many cases against opioid dealers, physicians, and state boards of pharmacy, together with John Yanchunis.

The US Food and Pharma Administration (FDA) kindly requested that a drug firm remove its blockbuster opioid treatment off the market last week.

Opana ER is an Endo-made extended-release version of the painkiller oxymorphone hydrochloride. Patients have misused the medication by crushing it and snorting it, circumventing the drug’s prolonged release mechanism. (Note: The FDA has previously authorized this medicine as safe and effective; the FDA’s request is related to drug abuse and misuse.)

The FDA’s response is restricted to a request, to which Endo has responded that it would review the drug’s abuse rather than removing it off the market (not yet, anyway). The FDA might revoke the drug’s approval as a result of this refusal, although such a move could be laden with legal complications.

The FDA’s proposal is a welcome change of pace for an ordinarily ineffectual regulator.

Nonetheless, the FDA’s new step is a welcome change from a usually ineffective watchdog. The FDA, according to Commissioner Scott Gottlieb, is exploring similar action against comparable goods, which is perhaps the most important conclusion from the request. It’s a start after decades of seeing the FDA sit on its hands while the nation is ravaged by opioids.

But, in my view, this is a case of attempting to herd one of the many horses into the barn while the others are free to wander.

Researchers, manufacturers, state and federal authorities, drug distributors, pharmacies, clinicians, patients, and even street thugs are all involved in the opioid crisis. These medications bring in billions of dollars for makers and distributors, but once the FDA approves them, they wash their hands.

After a medicine is authorized, no one body acts as the gatekeeper or watchdog, according to a brief analysis of their relative responsibility. That begs the question: who among these parties, apart from the FDA, is or should be responsible for ensuring that these deadly pharmaceuticals don’t wind up in the wrong hands?

These medications bring in billions of dollars for producers, yet after the FDA approves them, they wash their hands.

By picking and choosing its fights, the drug industry has successfully crafted a slew of “get out of prison” arguments. Agency preemption, FDA fraud rejection, commercial speech, and the “learned intermediary” doctrine are only a few examples.

The lobbyists for Big Pharma then draft measures such as the 21st Century Cures Act, CAFA, FICALA, and others. Meanwhile, plaintiffs swing and miss in a chaotic alliance that is more concerned with monetary recovery than with reforming behaviors. They must also defend themselves against the assault of reactionary legislation.

A defense argument known as the learned intermediary hypothesis exists when assessing culpability for the damage caused by prescription medications. The main concept is that drug producers and distributors cannot be held liable for harm caused by their products because they need a “educated intermediary” (a physician) to offer an objective professional judgement that the patient requires the medicine, thereby breaking the chain of causation. To avert the outbreak, the natural conclusion is to turn to these wise middlemen.

Physicians will swiftly point out that patients who visit them—many of whom are just looking for medications, not true relief—must be held responsible for misrepresenting their symptoms or lying about existing prescriptions. This is comparable to a bartender justifying an over-serving charge by claiming that the client said that they were thirsty.

Pharmacies are well-versed in navigating the regulatory maze in order to avoid being held liable.

Once a real prescription is given, pharmacists’ responsibility is very restricted, therefore the buck is passed again. The Drug Enforcement Agency (DEA) and state Boards of Pharmacy and Medicine are two options for state and federal regulators. To their credit, the number of Board actions seems to have increased, but their regulatory framework restricts what they can accomplish. Physicians and pharmacists are well-versed in how to effectively negotiate the regulatory maze in order to avoid getting caught or held liable.

When we go back to the beginning of a drug’s approval process, especially when it comes to opioids like Oxycontin, we discover a slew of poor clinical evidence mostly put up by the producers themselves. It’s difficult to believe that an institution like the FDA could be deceived by phony front groups set up by manufacturers in this day and age, but it occurs.

There are a slew of cases ongoing or soon to be brought against all of the aforementioned parties, but the most of them are for monetary damages. The ostensibly substantial sums obtained in such lawsuits, in my experience, pale in proportion to the real gains for each of the actors.

So, who is most prepared to keep an eye on the vulnerable community of existing and potential opioid addicts? The practical solution is to tear down regulatory accountability hurdles for all players in the chain, from researchers through pharmacists to providers.

If a doctor decides to operate a pill mill, he or she should expect authorities to act quickly but fairly.

If a doctor decides to create a pill mill or a pharmacy decides to administer to known addicts, authorities should be able to monitor them quickly and fairly. When it’s acceptable, these players should be permanently barred from participating in such activities. A medicine should be taken off the market if a company fabricates support for its approvals or withholds crucial information from the FDA.

Of course, the present political atmosphere in Washington, D.C. will never increase legal liability or strengthen regulatory monitoring for these actors. It’s a prescription for catastrophe when we decrease legal culpability, weaken regulations, and choose business shills to manage government agencies, as this Congress has done.

The ball has been passed, and it is up to us, the people, to pick up the pieces.

What are the regulations on opioids?

A: The US federal government regulates all opioid prescriptions.

What are 3 ways in which we can help minimize the negative effects that the opioid epidemic has caused in communities?

Which state has the strictest opioid laws?

A: The state with strictest opioid laws is New York, followed closely by Indiana and Texas.