One-third of medical errors are caused by poor labeling. This is a problem that can be solved with blockchain technology, but it also presents problems for the healthcare industry that must first be addressed so such solutions can work well. 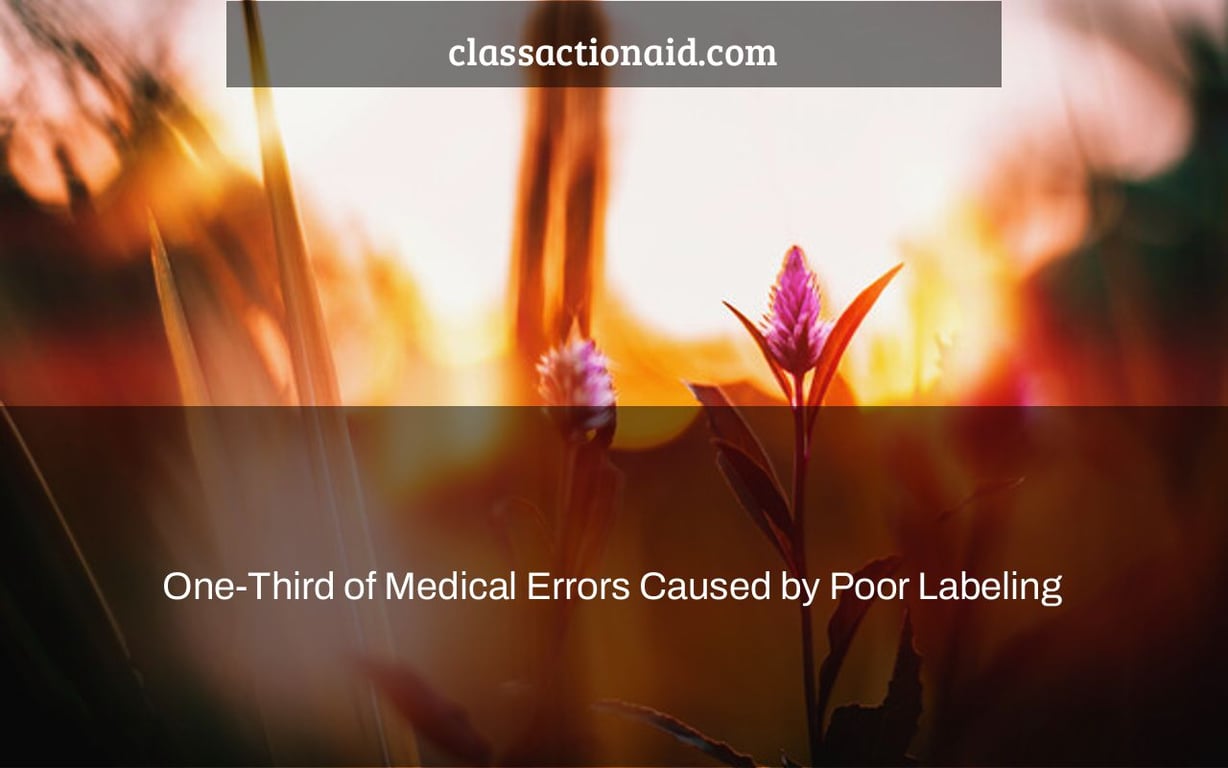 Medication mistakes are most often caused by problems with labeling and packing.

You aren’t alone if you believe that understanding the instructions and cautions that come with your drugs and medical equipment requires a medical degree.

In fact, according to an Institute of Medicine research, labeling and package difficulties (especially unclear instructions) were the major cause of pharmaceutical mistakes (33 percent) and medication-related fatalities (33 percent) (30 percent ). Medical gadgets are following suit. According to the FDA’s Center for Devices and Radiological Health, usage error is responsible for one-third of the over 100,000 medical device incident reports received each year.

Part of the issue stems from a lack of uniformity in labeling. While manufacturers are obligated to put crucial warnings and dosage information on their packaging, the format and symbols used by manufacturers might differ. And it may lead to major difficulties if a physician is unable to locate information on a label quickly, or if a patient is unable to grasp how to use their medical equipment or medicine at home.

Only 15% of pharmaceutical drugs adhere to FDA regulations.

The FDA recognizes that the medical business is harmed by lax labeling standards, but resolving the issue has taken a decade.

The FDA addressed this issue with pharmaceutical medications in 2006. The Physician Labeling Rule, also known as the Requirements on Content and Format of Labeling for Human Prescription Drug and Biological Products, set guidelines for everything from what information should be highlighted to what font size should be used and what should be bolded.

Despite the fact that the regulations have been in place for more than a decade, just 15% of pharmaceutical medications adhere to the labeling guidelines.

Drug Overdosing Can Be Caused by Confusing Labeling

Someone in the United States phones the Poison Control Center every 21 seconds because of a pharmaceutical mistake.

According to drug experts, the United States spent $4 to $4.8 billion in 2006 on medical mistakes that may have been avoided if drug companies updated the information they supplied to clinicians.

But this isn’t only a financial issue; it’s also a matter of public health.

According to a 2017 research, someone in the United States phones the Poison Control Center every 21 seconds due to a pharmaceutical mistake. They discovered that medication abuse has grown by 100 percent since 2000.

One of the study’s authors, Henry Spiller, who also serves as the director of the Central Ohio Poison Center, underlined the importance of drug makers and pharmacists in preventing prescription mistakes.

In a statement, he stated, “There is space for improvement in product packaging and labeling.” “Dosing instructions might be made clearer, particularly for patients and caregivers with low reading and numeracy.”

A handful of individuals have overdosed on the antibiotic Zerbaxa due to labeling misunderstanding. Zerbaxa’s vial and carton, according to the FDA, indicated the strength of each constituent rather than the dosage strength. As a result, some patients received dosages that were 50 percent more than they should have been.

Manufacturers of hernia mesh have been accused of “extreme underreporting.”

Manufacturers of medical devices are just as culpable of providing inadequate labeling and instructions.

Researchers discovered that the majority of hernia mesh labels were lacking essential information in a recent study published in the Journal of the American College of Surgeons:

“Clinically significant mesh qualities are underreported and inconsistently reported,” the researchers found. They stated that having more standardized information and language will help doctors make better decisions during hernia repair.

Given how prevalent hernia mesh injuries are, the dearth of information accessible to doctors is remarkable. There have been thousands of claims filed against manufacturers stating that the mesh migrated and stretched in their bodies, causing internal damage and necessitating revision surgery.

C.R. Bard offered $184 million in 2011 to resolve 2,600 cases related to their Composix Kugel Mesh. In January 2018, Ethicon, whose Physiomesh was recalled in July 2016 due to a significant risk of complications, will begin its first study.

The FDA is testing an electronic database for medical device labeling as part of its endeavor to eliminate confusion and medical device usage errors. Patients often discard or lose the original packing and instructions for medical equipment, and they may be unaware that the manufacturer has issued additional warnings.

The FDA has required medical device makers to submit their device registration information, but not the labeling, online since 2007. Patients currently do not have a simple means to get the original labels and instructions for their medical equipment.

However, not everyone is willing to increase patient communication. AdvaMed, a trade group for medical device makers, even went so far as to imply that a database of medical device instructions would jeopardize patient safety.

“An online medical device repository would raise a number of issues, including a danger to patient safety owing to the large number of medical devices and the regularity with which patient labeling might be changed,” according to AdvaMed.

What are their justifications? People may not pick up the phone to contact customer support if they go online.

They noted, “An online repository for all medical devices may distract consumers from personal connection with Customer Service professionals experienced in the operation and maintenance of their equipment.”

It’s a feeble effort to combat legislation that would make it easier for patients to get critical safety information.

This isn’t the first time a company has refused to comply with suggestions to enhance patient safety, and it won’t be the last. Contact us for a free, no-obligation legal consultation if you or a loved one has been hurt by a medical device or medicine.

The “reducing medication errors in nursing practice” is a study that found that one-third of medical errors were caused by poor labeling. The study also found that the most common cause of these problems was when nurses did not know what to do with a medication.

What is the most common cause of medical errors?

A: The most common cause of medical errors is a failure to communicate effectively.

What are the top 5 medical errors?

A: 1) Underestimating the severity of an injury. 2) Inappropriate triage -that is, not taking care to assess someones condition properly when arriving at a hospital. 3) Infectious disease outbreaks due to improperly sterilized medical equipment and personnel during surgery or other procedures 4) Improper administration of anesthesia 5) Failure to recognize complications associated with low oxygen levels

What percentage of medical errors are medication errors?