The Travel Corporation has been sued for $1.6 billion in damages over a phishing scam that stole customer data to open fraudulent credit card accounts. The lawsuit alleges that the company failed to take adequate steps to protect its customers’ personal information, and should have known better than opening fake emails with links inside of them.

The “consumer class action database” is a website that allows users to search for lawsuits. The site also has information about the lawsuit, including the plaintiff and defendant. 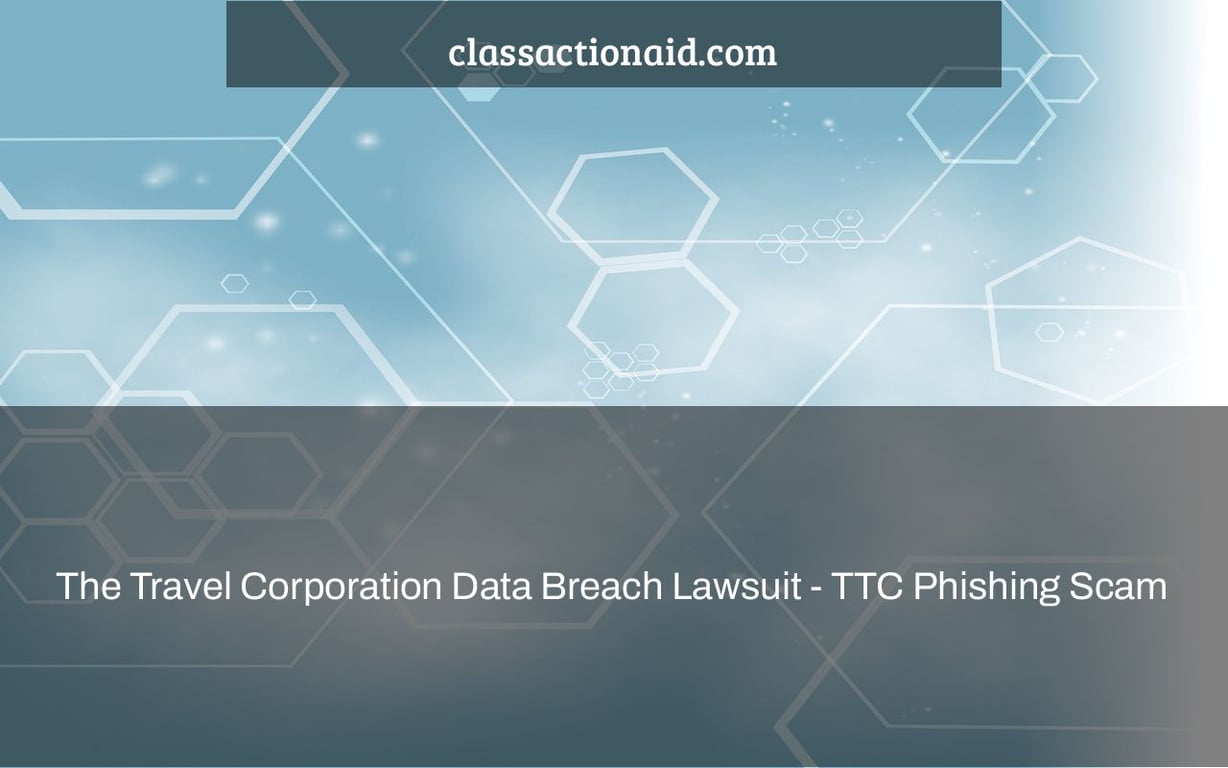 The Travel Corporation failed to prevent a phishing scam in February 2018, resulting in the theft of thousands of workers’ personal information. The hack impacted every TTC employee in the United States, potentially resulting in identity theft, credit card fraud, and other losses.

What is The Travel Corporation, and what does it do?

The Travel Corporation (often known as “TTC” or “TravCorp”) is a multinational travel and leisure conglomerate that includes hotels, cruise ships, and tour companies. TTC is present in over 60 countries worldwide, including the United States, the United Kingdom, Canada, Germany, France, Italy, and China.

According to the firm, 1.5 million clients are served each year. Trafalgar, Insight Vacations, and Cost Saver are some of the company’s brands. TTC employs 10,000 people and is based in Toronto. Stanley S. Tollman is the company’s founder and chairman.

TTC’s Director of Human Resources was a victim of a phishing scam on February 26, 2018. Someone purporting to be the company’s Global Chief Executive Officer sent an email to the HR Director. This individual requested payroll data as well as any copies of TTC workers’ 2017 W2 tax forms.

Unfortunately, the HR Director cooperated, turning over the names, residences, social security numbers, and W2s of all current and past TTC workers in the United States.

TTC subsequently discovered that the person who received this information was not the Global CEO, but rather an unauthorized hacker. The firm subsequently informed the Federal Bureau of Investigation (FBI) as well as the three main credit reporting agencies about the event (Equifax, Experian, and TransUnion).

Who was affected by the data leak at Travel Corp.?

The data of all present and past Travel Corporation workers in the United States was compromised in a phishing scam in February 2018. The following information was stolen:

W2 forms include sensitive data such as salary information.

What are the ramifications of this security breach?

Identity theft is a genuine issue since the hacker was able to get the names, addresses, social security numbers, and W2s of so many workers. The hacker or hackers might sell this information on the dark web to the highest bidder, or use it to open credit cards and/or submit bogus tax returns in the victims’ identities.

A person’s credit score might plummet as a result of a false credit account, losing them employment, loans, and even homes. Credit report inaccuracies are quite prevalent, with 20% of credit card customers experiencing them. They’re also notoriously difficult to fix.

Employees affected by the incident should immediately set up fraud alerts with a major credit agency, as TTC recommends. Before creating a new credit account, creditors will call the customer for verification.

Employees of the American TTC should also keep an eye on their bank and credit accounts for any suspicious or fraudulent behavior.