A class-action lawsuit has been filed in federal court by a group of plaintiffs accusing Yahoo, Inc. and the Board of Directors for failing to properly secure their users’ data that was subsequently stolen during a massive security breach earlier this year. The suit also comes as Silicon Valley continues to be scrutinized following revelations about Facebook’s privacy practices._ 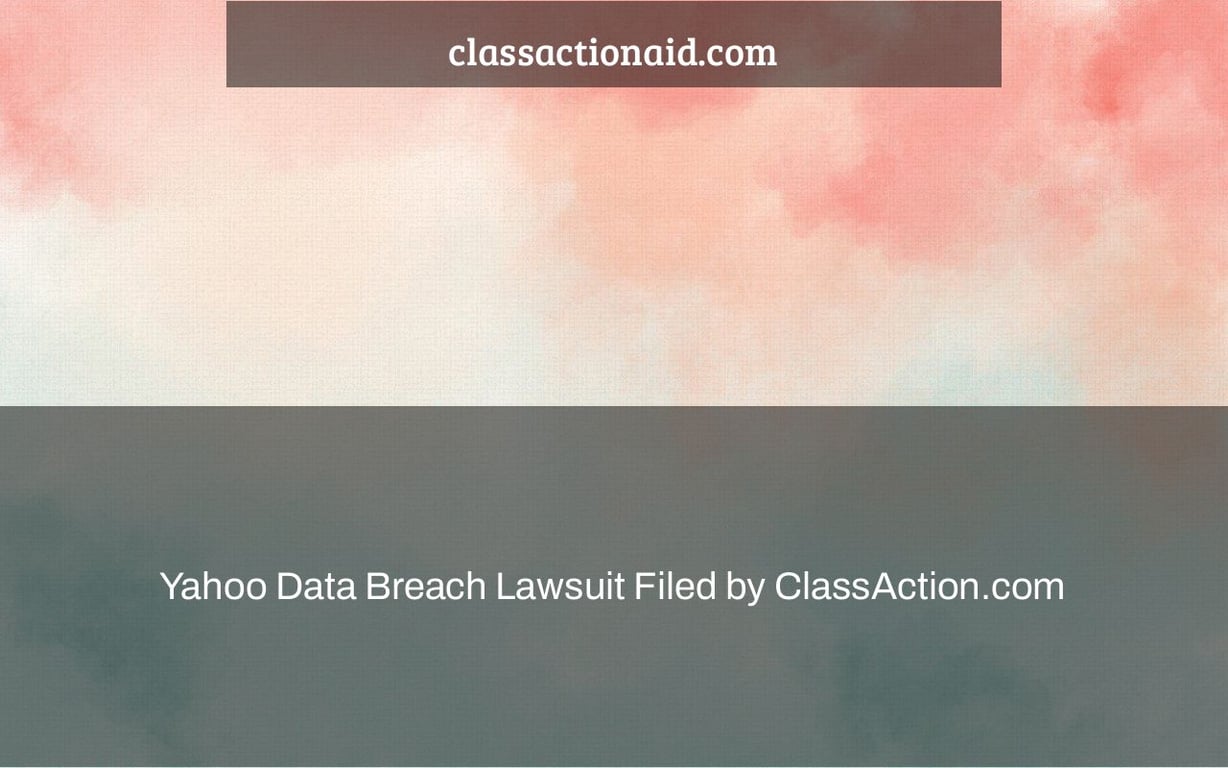 Our attorneys filed a negligence lawsuit against Yahoo for failing to protect and inform consumers less than a week after Yahoo announced that a 2014 data breach had compromised the private information of 500 million users—and two months before Yahoo said that a separate 2013 breach had endangered the data of 1 billion users.

Edward McMahon, the lead plaintiff, filed the claim in the Northern District of California on behalf of himself and all individuals in a similar situation, allowing for a class action.

Yahoo failed to protect its users’ personal information, including names, email addresses, passwords, phone numbers, security questions and answers, and so on, according to the lawsuit.

It also says that Yahoo did not provide timely, accurate, or adequate notice of the data breach, and alleges breach of implied contract and violation of the California Unfair Competition Law, Business & Professions Code.

The Yahoo Data Breach Could Have Serious Consequences

According to cyber-security experts, the Yahoo theft might set off a chain reaction in which tens of thousands, if not hundreds of thousands, more accounts are compromised.

“Data breaches of the size of Yahoo are the security equivalent of ecological catastrophes,” said Matt Blaze, a security expert at the University of Pennsylvania.

“Big data breaches like Yahoo’s are the security equivalent of natural catastrophes.”

The hackers now have important information that may provide them access to other sites, thus these sorts of mega-breach don’t simply end at the site that was infiltrated.

Hackers may use the Yahoo credentials on other websites, getting access to some of these accounts as well. Even if 0.1 percent of the 500 million passwords are used elsewhere, that’s another 500,000 data breaches.

And, as Mr. Yanchunis points out, just because many Yahoo customers aren’t actively using their compromised accounts doesn’t imply they were closed before 2014, meaning their information was still vulnerable.

Mr. Yanchunis said, “The repercussions of this breach might be absolutely disastrous.”

According to the lawsuit, Edward McMahon, the principal plaintiff in the action, has seen strange behavior on his Yahoo accounts, including being unable to access them. He suspects his passwords were altered by the hackers.

According to the lawsuit, Mr. McMahon “has highly critical sensitive material in his emails that he thinks has been accessed.”

If your credentials were exposed as a result of the Yahoo data hack, the first thing you should do is reset them (Yahoo and others). Make sure they’re all powerful and distinct. Other data-protection suggestions:

If you’ve been harmed financially or professionally as a consequence of a data breach, call us right once to discuss your legal options. A data breach lawsuit may be appropriate for you.

A: The Yahoo class action lawsuit is legitimate.

A: The Yahoo data breach settlement is legitimate.

A: Yahoo has not been hacked. This is a false statement that just circulates online to spread panic and fear in the population.