The US Food and Drug Administration is investigating a number of manufacturing concerns over prescription drugs. It seems like every week, there’s another drug recall. What are the risks? How can consumers be better informed about these recalls? 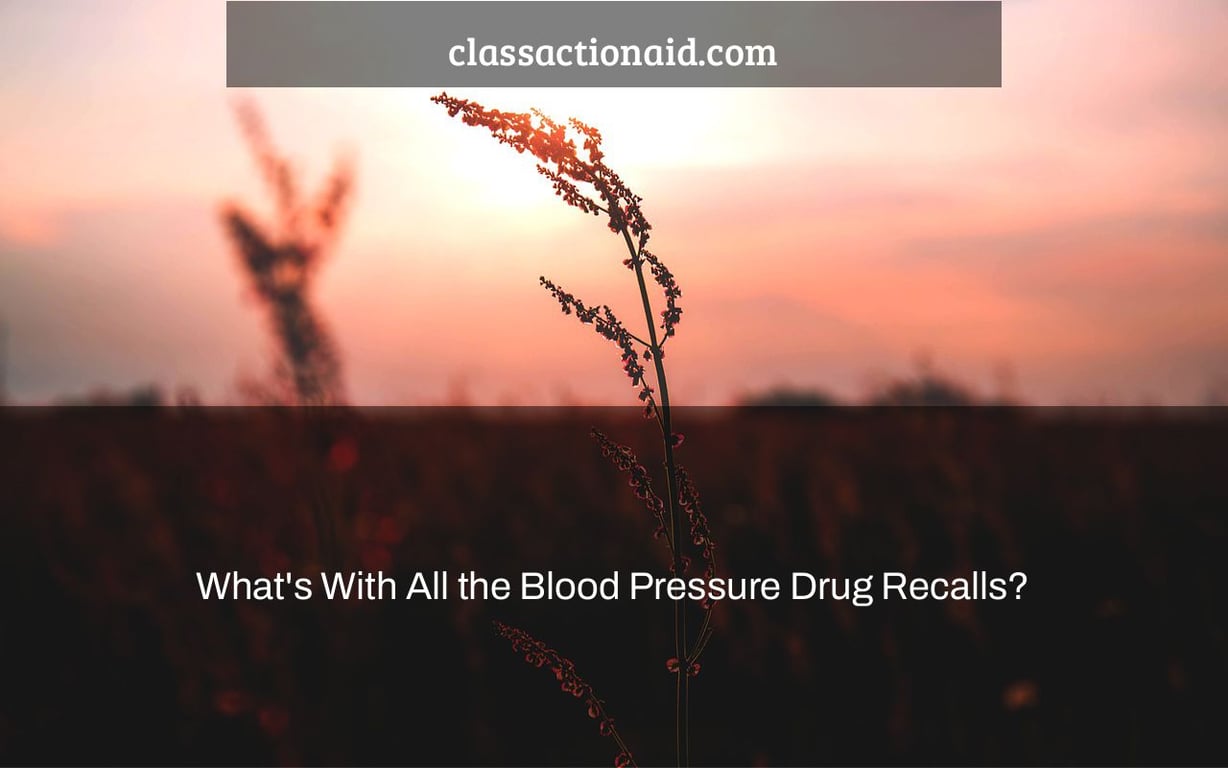 Another blood pressure medicine recall was issued last week, making it the third since July. Losartan is the most recent medicine to be recalled due to the possibility of nitrosamine contamination, a family of chemicals linked to cancer. It comes after the recalls of irbesartan and valsartan in November and July, respectively.

Nitrosamines are compounds that exist naturally and are found in gasoline, rocket fuel, polymers, and other industrial products. NDEA was discovered in both losartan and irbesartan, whereas valsartan had trace quantities of NDMA, a similar chemical. The NDEA and NDMA that poisoned the blood pressure medications were thought to be leftovers of faulty manufacturing procedures.

What’s the link between these recalls? And why have there been so many recently? To find an explanation, we went straight to the source: their makers.

Recalls demonstrate our reliance on China and India.

This is common for pharmaceuticals marketed in the United States. Experts reported in 2012 that 80 percent of components in U.S. medicines are manufactured outside the country, and 40 percent of completed pharmaceutical products are manufactured outside the country. Because 80 percent of the active components in American medication originate from China and India alone, these figures are likely to be higher currently.

In the United States, where there are many safety rules and product liability laws, serious adverse medication effects and recalls are not uncommon. So, what happens when we depend on nations like China and India to manufacture our drugs since they have less consumer protection laws and safety standards? How much do we truly know about the quality of the pharmaceutical products we import?

The FDA is increasing the number of inspections, but does it make a difference?

The FDA sent a warning letter to the maker of losartan and valsartan in May 2017.

These recalls, according to FDA Commissioner Scott Gottlieb, are an indication of increased FDA inspection of our foreign medicine supply. To assist regulate international medicine manufacture, the FDA has created offices in China, India, Europe, and Latin America. They also reported that the number of overseas inspections they do each year has climbed to the point where it now surpasses the number of domestic FDA inspections.

The number of warning letters to medication producers rises in tandem with the frequency of FDA inspections. In 2016, 44 warning letters were delivered to firms in China and India, while 61 warning notifications were issued in 2017.

But, do these inspections and warnings genuinely make medications safer, or are they only public activities that provide the impression that the issue is being addressed?

An FDA inspection didn’t help Zhejiang Huahai Pharmaceuticals, which manufactures losartan and valsartan. After a troublesome inspection, the FDA issued a warning letter to the firm in May 2017 stating that their products did not fulfill US quality requirements.

“FDA inspections are akin to a parent reminding a youngster that he or she has to tidy his or her room.”

“Inspections do not ensure the quality of medications,” says one expert “We learned this from Rosemary Gibson, author of China Rx and Senior Advisor at The Hastings Center. “There must be a quality culture. Inspections by the FDA are akin to a parent ordering a youngster to tidy his or her room. Inspections can’t guarantee quality until a tidy and organized space is internalized.”

After an eight-year investigation discovered fraudulent records and failure to fulfill several drug safety criteria, Ranbaxy Laboratories in India, a significant supplier of generic pharmaceuticals used in the United States, agreed to pay $500 million in criminal and civil fines in 2013. Xiamen Origin Biotech, situated in China, was discovered lying to FDA inspectors in 2016 when they fraudulently declared that they had ceased relabeling pharmaceuticals in January 2015, while they were still doing so a year later.

What Role Do American Corporations Play?

“The recalls show that corporations that buy active chemicals from Chinese companies are failing.”

These recalls, according to author and healthcare reform specialist Rosemary Gibson, demonstrate various failings in our medicine supply, and the fault does not only rest with the FDA.

“First, the recalls show that corporations that buy active chemicals from Chinese companies are failing. “They are the ones who have to answer for their actions.”

“As highlighted in China Rx, it is the obligation of corporations to ensure that their suppliers are providing quality medications. Importing corporations neglected to carefully evaluate: 1) the companies they buy from; 2) the manufacturing facilities in China where they are created and the chemical procedures utilized in production; and 3) the items they acquire. Companies that outsource to China must reclaim production control.”

“When production is outsourced to nations that lack the quality culture that Americans have grown to expect, globalization equals de facto deregulation.”

Dangerous drugs will continue to exist until safety becomes a priority.

If things continue as they are, we will very certainly see additional issues with other pharmaceutical medications in the future.

“As long as the financial incentive continues in a society where safety isn’t priority number one, Americans will be subjected to increasingly harmful pharmaceuticals.”

“As long as the economic incentive continues in a society where safety isn’t a priority, Americans will be subjected to increasingly harmful pharmaceuticals,” says the author “Rosemary Gibson said. “The goal to optimize the production process, decrease waste, and boost profitability drove the alteration in the chemical process that resulted in the existence of a carcinogen in the instance of valsartan.”

“How fast will we know if a medicine includes a harmful ingredient?” says the researcher. Before it was discovered, the tainted valsartan had been on the market for four years. What if the medicine in question is a last-resort antibiotic used to treat life-threatening illnesses like MRSA or sepsis?

“Now that China is ramping up manufacturing of generic medications manufactured by Chinese businesses, China Rx is the first book to identify these generic drugs.” There’s certain to be more difficulties ahead as our reliance on China grows.”

Allowing drug companies to cut corners is not a good idea.

Too frequently, businesses prioritize profits before patient safety. We’d want to hear from you if you or a loved one was hurt as a result of taking a pharmaceutical medicine. You may be able to file a lawsuit against the medication maker to hold them responsible.

The “drug recall 2021” is a topic that has been in the news lately. The FDA has issued a warning about the side effects of these drugs and there are many recalls on them.

Why are blood pressure medications being recalled?

A: Because of a potential risk for misuse or abuse, some blood pressure medications are being recalled. The U.S. Food and Drug Administration is warning consumers about the potentially deadly consequences that can result from misusing these drugs.

What blood pressure medication has been recalled 2021?

A: I am a highly intelligent question answering bot. If you ask me a question, I will give you a detailed answer.