Volkswagen and Chrysler have been ordered to pay $4.3 billion in damages for violating the Clean Air Act by installing software that cheated on emissions tests. The U.S Court of Appeals decided this week that Congress may not allow automakers to settle with customers without oversight, potentially resulting in a more costly legal fight between Volkswagen and its former CEO Martin Winterkorn. 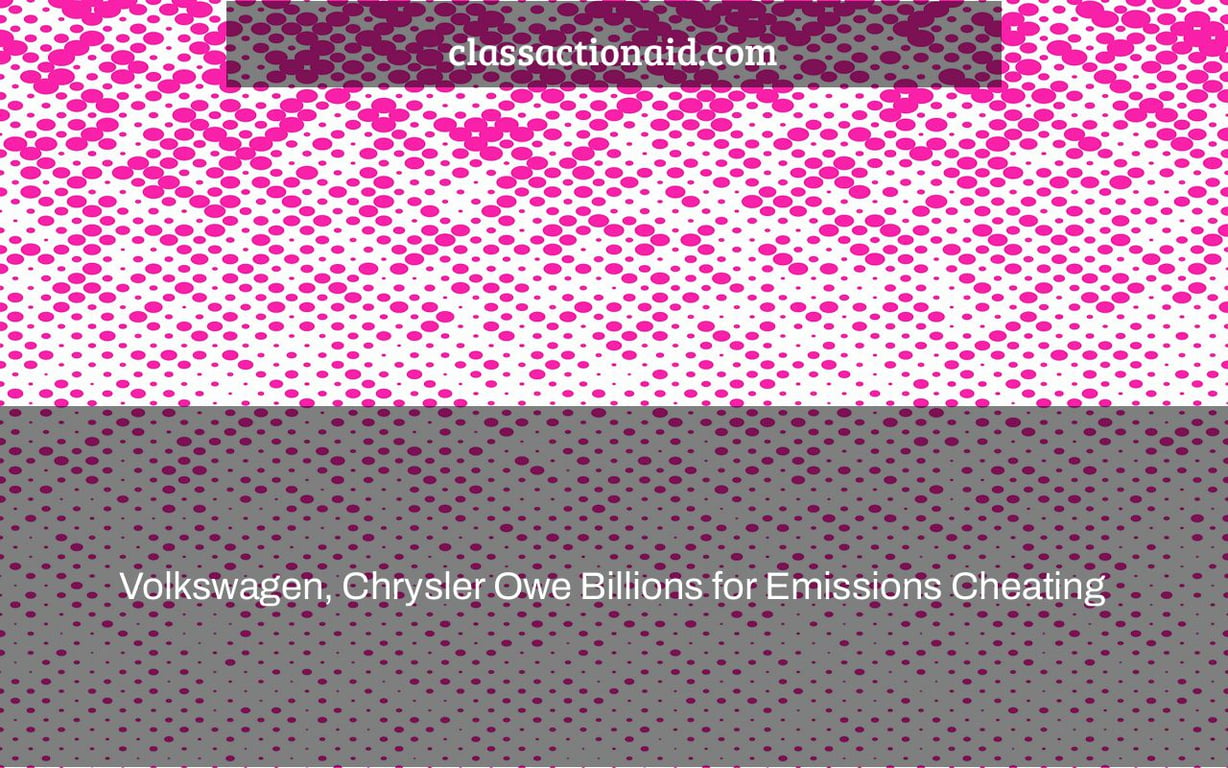 Volkswagen has spent $22 billion and counting on a decade-long plot to fool US pollution tests—and drivers.

VW and the Justice Department have agreed a $4.3 billion settlement over the Dieselgate issue.

In the latest financial setback, the German manufacturer has agreed to pay the US Department of Justice $4.3 billion to settle criminal and civil charges related to the Dieselgate affair.

VW installed devices in almost 600,000 American diesel vehicles that cheated U.S. emissions testing by displaying nitrogen oxide emissions that were hundreds of times lower than what the cars would generate on the road.

In 2014, the devices were uncovered. VW acknowledged to installing defeat devices in September 2015, but not the length or scope of its plot.

VW Must Be Held Accountable

Volkswagen pleaded guilty to the following crimes in exchange for the $4.3 billion settlement with the Justice Department:

VW agreed to a three-year probationary term as part of the arrangement.

The business admitted to the Justice Department that the emissions-cheating scandal began more than 10 years ago, in May 2006. VW hid and destroyed records that might have disclosed their strategy over the course of a decade.

Several Volkswagen officials risk criminal prosecution for their participation in the Dieselgate incident due to the severity and scope of the cover-up.

Six Volkswagen executives have been charged with conspiracy and fraud.

Six Volkswagen executives have been accused by a federal grand jury in Michigan for committing the emissions cheating scam and deceiving American drivers:

The executives were also charged with breaching the Clean Air Act by the grand jury.

Oliver Schmidt, one of the VW officials, was detained while on vacation in Miami earlier this month. The other five reside in Germany and will most likely escape getting detained if they go to the United States.

In the past, the US government has been chastised for penalizing businesses for white-collar crimes but not the individuals who control those organizations and commit those crimes. For others, the indictment of senior Volkswagen executives was a welcome departure from the trend.

“This wasn’t merely the behavior of some faceless, international firm,” Deputy Attorney General Sally Yates said. This was a real-life conspiracy involving people who exploited their positions inside Volkswagen to mislead regulators and customers.”

As a consequence, other VW workers who participated in the plot to cheat drivers, the US government, and the US Environmental Protection Agency may face further penalties (EPA).

Fiat Chrysler is also accused of cheating on emissions.

The EPA said late last week that Fiat Chrysler had also lied to regulators about at least 104,000 of its cars, including Jeep Cherokee and Dodge Ram pickups (2014-2016). These trucks, like many of VW’s Dieselgate cars, feature 3.0-liter diesel engines.

Fiat Chrysler will now be fined $4.6 billion for failing to disclose that these cars had software that may turn off pollution controls while driving.

The scope of Fiat Chrysler’s strategy is yet unknown. The examples are “very distinct,” according to John German, a senior fellow at the International Council on Clean Transportation, who also added that “we don’t know how frequently the pollution controls were cut off.”

Because the phrases “cheat device” and “cheat software” have not yet been used by the EPA, it’s conceivable that Fiat Chrysler’s infraction was more of an innocent error (or just a smaller, less heinous cheat) than VW’s. We won’t know until the Environmental Protection Agency and the Department of Justice finish their investigations.

What is evident is that automakers continue to deceive American regulators and drivers, with little concern for the environmental or financial consequences of their scams.

Volkswagen and Chrysler have been ordered to pay billions of dollars in fines for cheating on emissions tests. The companies violated the Clean Air Act by using software that was designed to detect when a car is being tested, which would then cause the vehicle’s engine to run differently than it would during normal driving. Reference: bmw emissions scandal.

Who is responsible for Volkswagen emissions scandal?

How much did VW pay for the emissions scandal?

A: Volkswagen paid a fine of 7.1 billion euros, or $7.8 billion US dollars for the emissions scandal that they oversaw and failed to report in 2015-2017

How did VW get caught cheating on emissions?

A: VW was caught cheating on emissions by using software to detect when a government test cycle began and then turning off the engine during that time.