Wells Fargo is facing a multitude of lawsuits and fines after it was found that the bank opened 2.1 million fake customer accounts to meet sales goals. The company has also been accused of creating 565,000 credit cards without customer authorization as well as another 684,000 debit card without permission in order to reach its targets for cross-selling products like mortgages and insurance.

Wells Fargo is in the middle of a scandal that has been brewing for a while. Wells Fargo is facing lawsuits, fines, and even criminal charges. 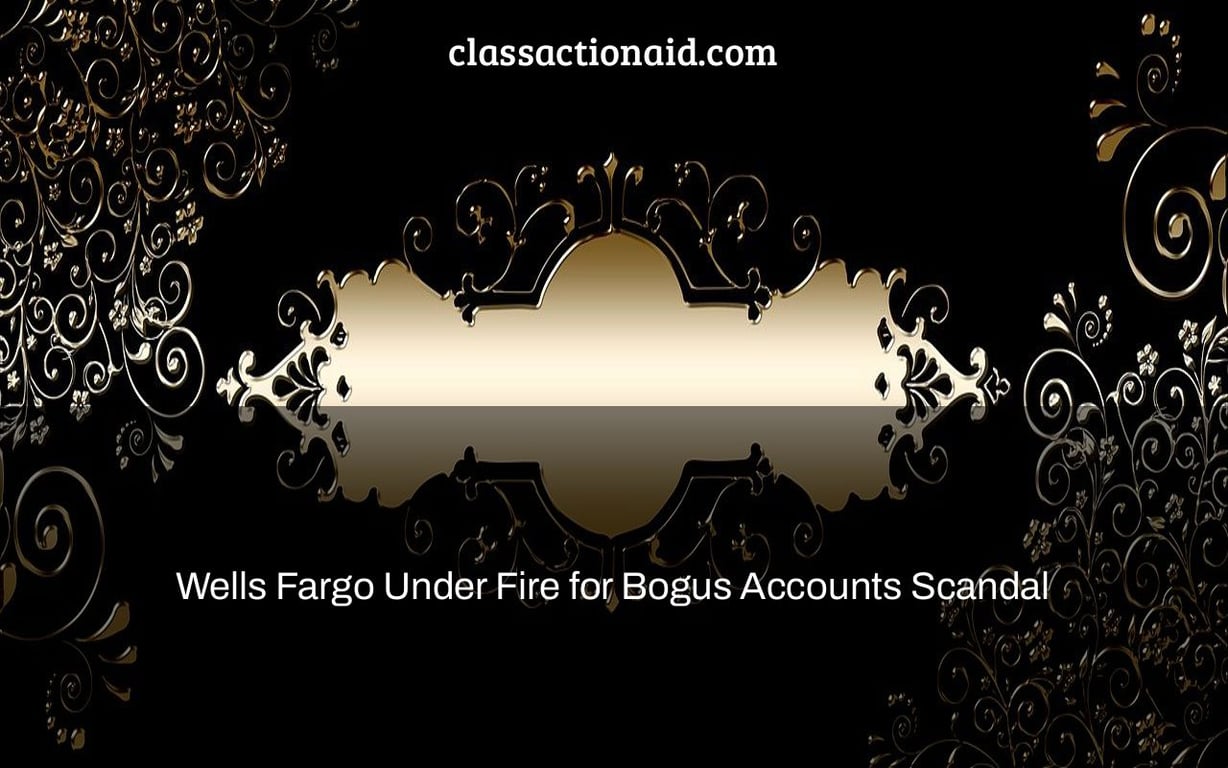 Wells Fargo was fined $185 million in September 2016 for illegally creating unauthorized debit and credit card accounts for clients in order to raise stock prices and executive compensation. The Consumer Financial Protection Bureau (CFPB), the City and County of Los Angeles, and the Office of the Comptroller of the Currency will all get the funds.

In July 2017, over a year later, the bank agreed a $142 million settlement with clients who were harmed by the fraud.

While governments and customers have benefited from the settlement of this incident, Wells Fargo workers claim they were dismissed or punished for following the rules and not creating hidden accounts to satisfy sales goals.

If you are one of these employees, please contact us as soon as possible for a free, private consultation to determine if you are entitled money.

“Cross-Selling” has been around since at least 2002.

Wells Fargo staffers allegedly established 1.5 million bank accounts and applied for 565,000 credit cards without consumers’ authorization, according to federal officials. More than 5,000 workers at the bank were sacked as a result of the plan.

Employees at Wells Fargo claim they were urged to create illicit accounts.

Wells Fargo CEO John Stumpf defended the bank’s publicly stated aim of creating eight accounts per client, which it terms “cross-selling,” during a Senate Banking Committee hearing. According to a Public Citizen study, Wells Fargo established the target of eight accounts in 2002.

In 2015, Mr. Stumpf made $19.3 million as the company’s shares rose in popularity on Wall Street. Wells Fargo is the world’s most valued bank at the moment.

He told the Committee, “Cross-selling is shorthand for building connections.”

Mr. Stumpf said Wells Fargo dismissed employees for the sales activities in question between 2011 and 2015, but that the matter didn’t reach the board level until 2013. He argues that he didn’t realize the scope of the situation until 2015.

He insisted that Wells Fargo did not coordinate the fraud and that the 5,300 workers dismissed for opening phony accounts did so on their own.

However, this explanation conflicts with regulators’ and former employees’ claims that Wells Fargo employees were pushed to create unlawful accounts as part of an incentive program that rewarded them for growing their cross-sale numbers.

Dennis Russell, a five-year employee of Wells Fargo in Orange County, California, claims he was dismissed in 2010 for failing to achieve sales objectives. He told the New York Times that he couldn’t legally provide banking products to the individuals he talked with since many of them were already in default on their mortgages, credit cards, and automobile loans.

“They created the culture that allowed this to happen—it starts at the top.”

Russell was evicted from his house when he lost his employment at Wells Fargo. John Stumpf’s assertion that the bank did not promote fraud in the pursuit of cross-sale quotas is dismissed by him.

Russell said, “It’s a crock.” “They created the culture that allowed this to happen—it starts at the top.”

According to the New York Times, Christopher Johnson was dismissed from Wells Fargo in 2008 after a five-month tenure as a business banker because he refused to comply with his manager’s push to create accounts for his friends and family, even if he didn’t have their consent. He called the company’s ethics hotline with his concerns and was dismissed three days later for “not achieving objectives.”

Johnson was forced to live out of his vehicle for the greater part of a year after losing his house and belongings.

The Wells Fargo affair is simply the latest example of high-ranking executives devising strategies to profit themselves at the cost of lower-level workers.

If Wells Fargo refuses to do the right thing and pay the true victims of its deception—those who were dismissed for refusing to engage in unethical business practices—it will be up to the workers to demand justice.

If you were a former Wells Fargo employee who refused to open accounts without the knowledge of clients and was fired as a result, we want to hear from you. For a free, private case evaluation, please contact us.

For his or her position in the litigation, the lead class action plaintiff often earns additional pay.

The “wells fargo scandal 2021” is a scandal that has been going on for a while. Wells Fargo was caught opening and closing accounts without authorization, which caused the bank to lose $2.6 billion in fraudulent transactions.

A: In 2016, Wells Fargo created over two million fake bank and credit card accounts for customers without the customers consent. This scandal came to light after an investigative journalist discovered that some of these accounts had been used in identity theft schemes.

What caused the Wells Fargo scandal?

Did anyone go to jail for Wells Fargo scandal?

A: No, no one went to jail for the Wells Fargo scandal.