The wildfires in Northern California have had a profound impact on the lives of many. The fires burned over 100,000 acres and destroyed nearly 9400 homes and buildings. Millions of dollars were also lost by insurers as they could not value or replace what was lost.

The “wildfires” are a natural disaster that have been occurring in northern California. The wildfires have caused damages to homes and businesses, and many people have been evacuated from their homes because of the fires. 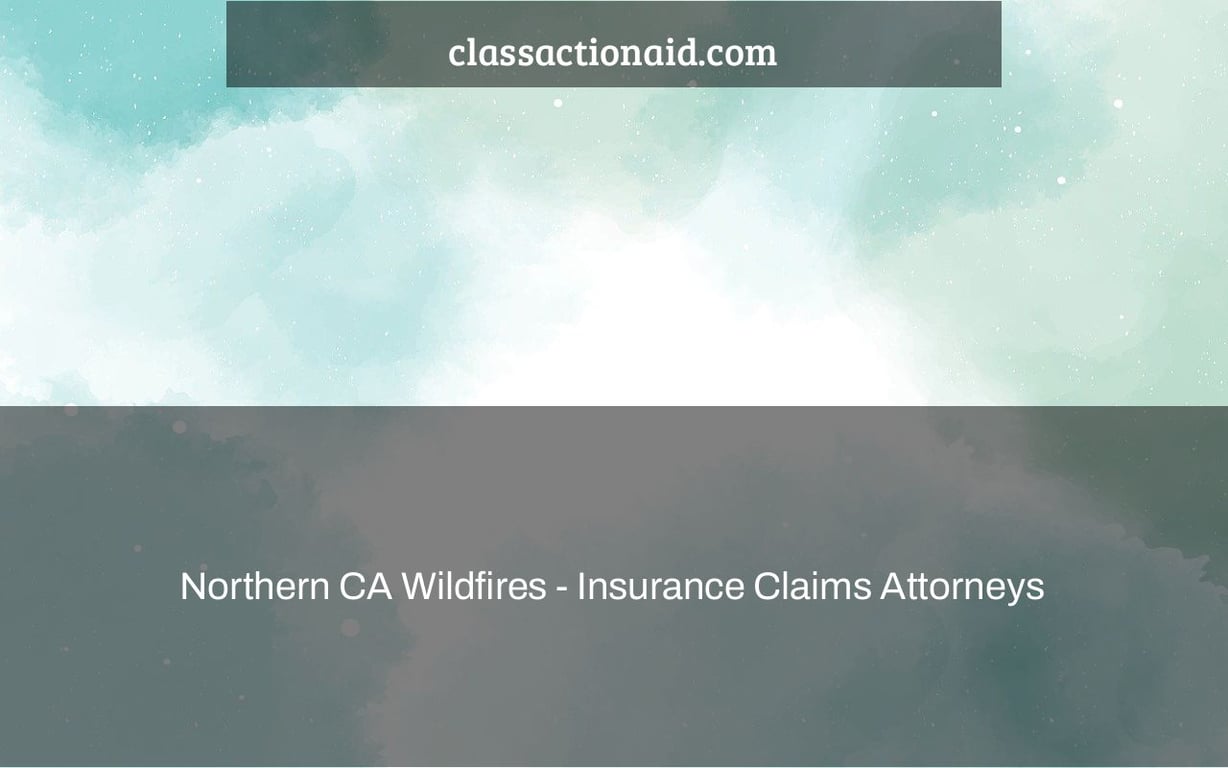 Neighborhoods in Napa and Sonoma counties were entirely destroyed by the Atlas and Tubbs fires. The Northern California wildfires claimed the lives of 42 people, burned over 8,000 structures, and charred over 240,000 acres. Losses from the tragedy, according to California’s insurance commissioner, surpassed $1 billion.

The Atlas and Tubbs fires took firefighters more than three weeks to entirely put out. Survivors must now begin the lengthy process of healing and rebuilding.

Fire damage is difficult to deal with, particularly when it results in total property loss. However, following a wildfire, there are certain measures you should take to restore your house, replace your belongings, and submit your insurance claims. Below is a link to a free wildfire recovery checklist.

Checklist for Recovering after a Wildfire

If you were hurt or your property was damaged as a consequence of the fires, you have the right to hold those responsible for their carelessness accountable. To discover more about your legal options, please contact us.

Power lines that aren’t well maintained might cause wildfires.

Damaged electrical lines have been blamed for some of California’s most devastating wildfires.

Over the course of 90 minutes on October 8th, Sonoma County dispatchers responded to ten distinct complaints of fallen power lines, bursting electrical transformers, and sparking wires. Strong gusts of up to 75 mph were no match for the drought-damaged trees and fresh vegetation that PG&E reportedly neglected to clean off their power wires that night and early the next morning.

Because electricity lines are placed in isolated and windy terrain, they cause only approximately 3% of wildfires. However, the flames they do spark are generally among the most catastrophic. Damaged electricity lines have been blamed for some of California’s most deadly wildfires in the recent decade.

Three wildfires raged across San Diego County in 2007, and Cox Communications and San Diego Gas & Electric were determined to be to blame. The Guejito, Witch, and Rice fires burned 1,141 houses and killed two people, scorching 207,000 acres. The fires were caused by a falling tree limb on a power line and a broken power line coming into touch with a conductor, according to investigators.

More than 1,000 lawsuits have been filed against PG&E as a result of the 2015 wildfires.

For failing to properly maintain a power line that ignited and caused the Butte Fire in 2015, PG&E was fined $8.3 million.

This isn’t the first time that PG&E’s carelessness has been connected to wildfires in California.

The utility company was fined $8.3 million in April 2017 for failing to properly maintain a power line that started the Butte Fire. In September 2015, a fire in Amador County killed two individuals and damaged 549 houses. More than 1,000 lawsuits have been filed against the firm as a result of the Butte Fire. CalFire is also seeking $90 million in firefighting expenses from the corporation.

PG&E’s carelessness has also been connected to the 2015 Valley Fire in Lake County, California. It’s the fourth most destructive fire in the state’s history, destroying over 2,000 buildings.

Regrettably, this isn’t a new phenomenon. For the 1994 wildfire at Rough and Ready, a village in the Sierra foothills, the electric company was also found guilty of 739 counts of carelessness. State authorities penalized them roughly $30 million.

What kind of people are entitled to file a lawsuit?

You may be qualified for a lawsuit if you match at least one of the following criteria:

After a terrible loss like this, a lawsuit may give the financial resources to help you rebuild. Compensation for the following may be obtained via a lawsuit:

We’re trying to make utility corporations like PG&E responsible for their carelessness so that a calamity like this never happens again.

You may be able to file a lawsuit if your house or company was damaged or if you were wounded as a consequence of the Northern California wildfires. Our lawyers have the knowledge and resources to bring large businesses responsible, such as PG&E. Throughout the nation, we have represented victims of natural catastrophes such as the Porter Ranch gas well explosion and the Calumet lead issue.

For a free, no-obligation legal consultation, contact our lawyers now. It is free unless and until we get a favorable decision or settlement in your favor.