The United States Department of Justice (DOJ) announced on December 14, 2016 that it reached a settlement with the pharmaceutical company Eli Lilly and Company in connection to its off-label marketing of Byetta. 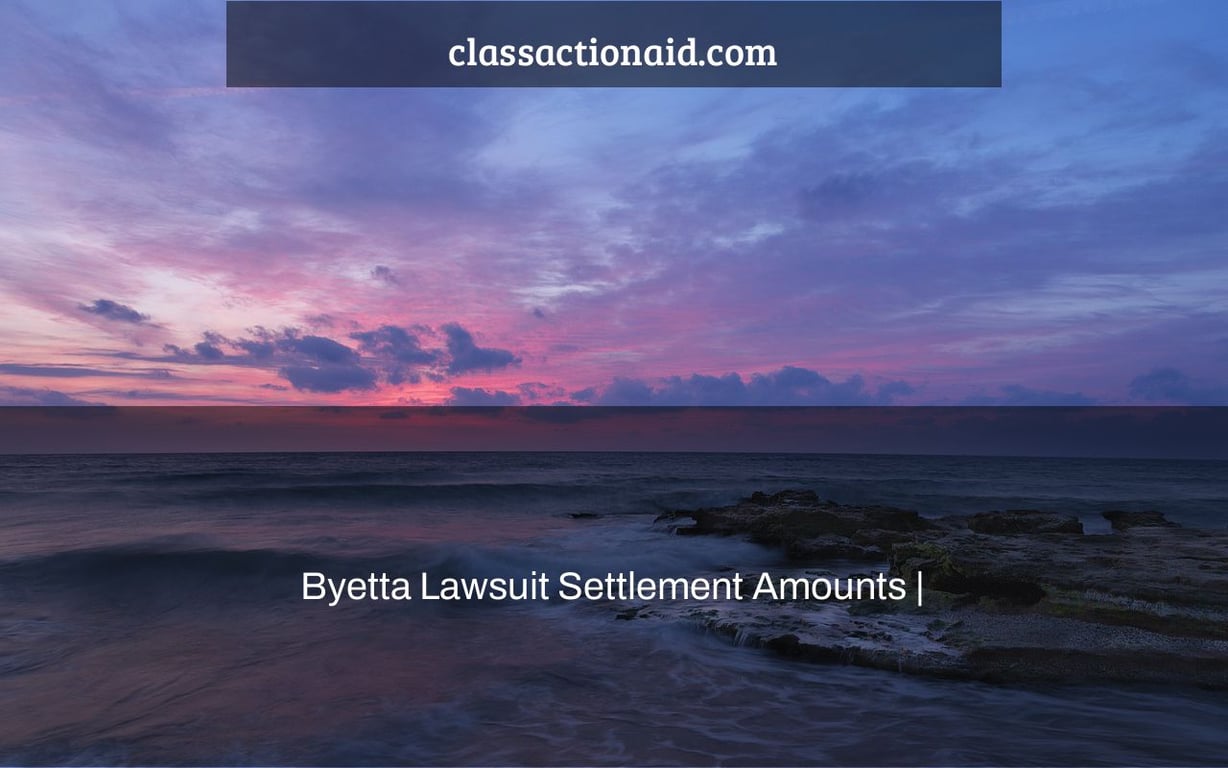 Byetta (exenatide) was the first of a new family of type 2 diabetes medications called GLP-1 receptor agonists. GLP-1 medicines, also known as incretin mimetics, had a minimal risk of hypoglycemia and helped people lose weight. They sparked initial excitement, but indications that Byetta and comparable medications were a probable risk factor for pancreatitis and pancreatic cancer dampened that enthusiasm.

Hundreds of Byetta claims have been consolidated in a federal court in California, claiming that the medicine causes pancreatic cancer.

Hundreds of pancreatic cancer cases have been filed against the makers of Byetta, Victoza, Janument, and Januvia by 2013. In the Southern District of California, these cases were consolidated into a multidistrict lawsuit (MDL). The MDL’s caseload increased to hundreds of cases in only two years. While a 2015 legal verdict seemed to put a stop to the proceedings, plaintiffs’ claims have been renewed by a subsequent court decision in their favor.

Our lawyers are assisting in the formation of a multidistrict litigation (MDL) against Eli Lilly, Amylin Pharmaceuticals, and other pharmaceutical firms. Please contact us for a free case review if you or a loved one took Byetta and got pancreatic cancer.

What claims have been made against Eli Lilly by plaintiffs?

Multidistrict litigation is a judicial procedure that combines many cases with comparable legal claims against similar defendants into a single court.

The following are some of the particular accusations made against Eli Lilly/Amylin and other pharmaceutical companies:

“As a result of the defective nature of the [incretin mimetic] Drugs, persons who were prescribed and ingested the Drugs, even for a brief period of time, including Plaintiffs, were at increased risk of developing life-threatening pancreatic cancer,” according to the master complaint filed in the MDL.

According to the lawsuit, once the disease has spread, a patient has a 1.8 percent probability of living for more than five years.

Is Byetta linked to pancreatic cancer?

Plaintiff assertions that Byetta causes pancreatic cancer are supported by a number of scientific research.

Some research, on the other hand, have shown no relationship between GLP-1s and pancreatic cancer. Contradictory safety data will undoubtedly be a source of dispute in the Byetta lawsuit between claimants and defendants.

What About Preemption by the Federal Government?

The drug makers petitioned the court early in the MDL proceedings to reject plaintiffs’ pancreatic cancer claims based on federal preemption (the concept that federal law trumps state law).

In December 2017, a court panel ruled in favor of the Byetta claimants, resuming the cases.

The federal court in charge of the incretin mimetics MDL in California agreed with the defendants’ reasoning and issued a decision in November 2015 essentially dismissing plaintiffs’ claims.

However, in December 2017, a court panel ruled in favor of the plaintiffs and overturned the prior decision. As a consequence, plaintiffs in GLP-1 pancreatic cancer cases are on pace to get their day in court.

Who Can File a Lawsuit Against Byetta?

You may be qualified for a Byetta pancreatic cancer lawsuit if you match the following criteria:

Plaintiffs may also pursue claims for the wrongful death of a loved one who was given Byetta and died of pancreatic cancer as a result of the drug.

What Is the Process for Filing a Byetta Lawsuit?

Attorney Michael Goetz was nominated to the plaintiffs’ steering committee, giving us a leading position in the California incretin mimetics MDL. Mr. Goetz is on the front lines of this legal battle and will act in the plaintiffs’ best interests.

Against Big Pharma and other big businesses, our lawyers have a proven track record of victory. If you’re thinking of filing a lawsuit against Eli Lilly/Amylin or another medication company, the first thing you should do is consult with an attorney.

During a free case review, learn about your legal rights and choices.

A “klonopin class action lawsuit” has been filed against the makers of Byetta, a diabetes drug. The amount of settlement will be determined by how many people join the case.