In the United States, ethylene oxide gas is a colorless and highly toxic chemical used in the manufacture of plastics. It has been classified as a carcinogen by OSHA. Although it is not currently illegal to purchase ethylene oxide from abroad, this could change with recent legislation.

Ethylene oxide gas is a sterilization agent that has been used for over 100 years. It is used in the manufacturing of many products, including medicines, food and cosmetics. 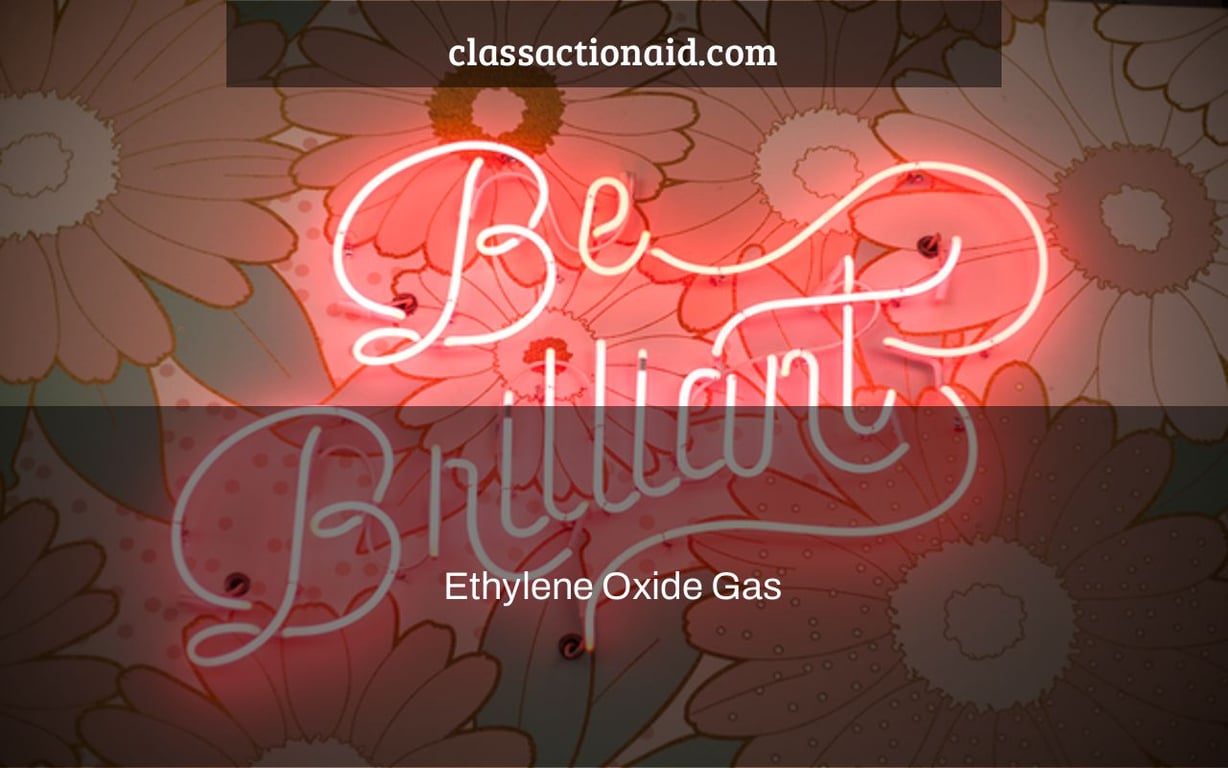 Non-Hodgkin lymphoma (NHL) is a kind of cancer that affects the lymphatic system and other severe disorders have been related to this prevalent industrial toxin. Suits have been filed by people who have been exposed to the gas or who live near facilities that utilize it.

Ethylene oxide gas is extensively utilized in chemical manufacture and medical equipment sterilization. For decades, it was thought to be harmless, and throughout that period, dozens of facilities around the nation freely discharged the gas into the sky, including numerous plants near residential areas.

However, ethylene oxide is no longer considered safe. In high concentrations and over extended periods of time, the US Environmental Protection Agency now considers ethylene oxide to be a recognized human carcinogen (cancer-causing agent or substance). The chemical has been associated to a variety of diseases and illnesses, including Non-Hodgkin lymphoma (NHL) is a kind of cancer that affects the lymphatic system, leukemia, multiple myeloma, and breast cancer.

Hundreds of thousands of Americans have been inhaling ethylene oxide for decades, and many of them may have suffered major health consequences as a result of their exposure.

The gas ethylene oxide has been associated to the following:

By interacting with and damaging DNA and blood cells, ethylene oxide harms the human body. If you’re exposed for a long time, the harm may accumulate and lead to severe — even life-threatening — diseases.

The gas may also last for months in the environment, infecting anybody who breathes it in. Living and working near or within these ethylene oxide-producing factories for years and decades posed a huge health danger that no one was aware of.

Thousands of residents and employees who have been unintentionally exposed to ethylene oxide for years are bringing lawsuits to demand compensation for their health problems as well as the environmental devastation their area has suffered.

If you or someone you know has been sick as a result of chronic ethylene oxide exposure or if you live near a chemical facility that uses the gas, you have the right to file a lawsuit and seek compensation. If you have a claim, Classaction.com lawyers are willing to analyze it for free and advise you on what to do next.

What is ethylene oxide gas used for?

A: Ethylene oxide gas is used to sterilize medical equipment and clean oxygen

What is ethylene oxide gas?

A: Ethylene oxide gas is a toxic chemical that can cause cancer, kidney damage, and birth defects. It also isnt really used in the United States anymore due to how dangerous it is.

A: Ethylene Oxide gas is a chemical sterilant and antiseptic. It can be used to kill bacteria on medical equipment, as well as in disinfecting the air inside your home or business.