A new class action lawsuit was filed on behalf of owners and lessees for Chrysler Group LLC cars. The complaint is over defective transmissions, which can feel vibrations through the steering wheel or experience slipping gears that cause drivers to have a rough time merging onto highways or stop-and-go traffic conditions.,

The “nhtsa recalls” are a series of recalls that have been issued by the National Highway Traffic Safety Administration. The recalls cover Chrysler, BMW and other car models. 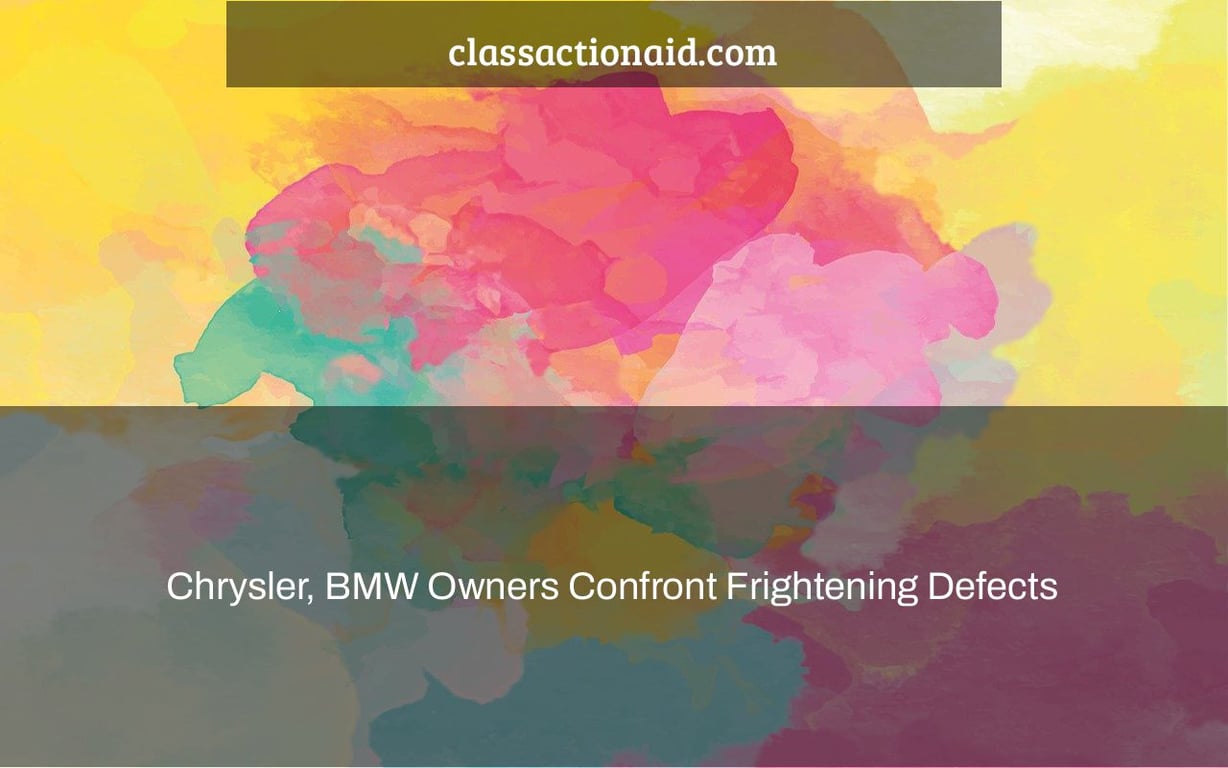 After the third consecutive year of record-breaking vehicle recalls in the United States, car and truck owners may be nervous.

While Takata airbags accounted for a disproportionate amount of 2016 recalls and became a significant news story, a slew of other problems afflicted manufacturers, ranging from door locks to steering columns to fuel pipelines.

Millions of cars, including 1.25 million Dodge pickups, have already been recalled in 2017 due to potentially life-threatening faults.

For the third year in a row, auto recalls have reached new highs.

Worse, because of an out-of-date recall notice mechanism, many car issues get unresolved until it’s too late.

Carfax has released a new app that aims to better keep owners informed about recalls. It does, however, rely on manufacturers taking official action when concerns appear, something not all corporations are keen to do, as seen by recent BMW automobile fires.

ClassAction.com investigates the condition of vehicle recalls in 2017 and explains how owners can ensure the safety of their loved ones.

In 2016, the number of recalls reached an all-time high (again).

On the surface, ballooning recalls seem perplexing since contemporary automobiles are safer than ever. However, increased safety requirements among automobile consumers is one reason why manufacturers are under more pressure to react to concerns.

Another factor is increased scrutiny in the wake of a slew of high-profile scandals, including GM’s ignition-switch issue, Volkswagen’s “Dieselgate,” and Takata’s exploding airbags.

The National Highway Traffic Safety Administration (NHTSA) has been chastised for not acting more forcefully and quickly against GM over defective ignition switches that have resulted in 124 fatalities. Since then, the government has increased enforcement against manufacturers, slapping record penalties on them, including a $105 million punishment against Fiat Chrysler in 2015 for mishandling safety recalls.

Manufacturers have also been hit by other government agencies, such as the Department of Justice (DOJ) and the Environmental Protection Agency (EPA). Toyota paid the DOJ $1.2 billion to resolve criminal fraud charges for its unexpected acceleration fault, GM paid the DOJ $900 million, and Volkswagen will pay the EPA $1.45 billion for suspected Clean Air Act breaches.

In recent years, consumers have forced manufacturers to pay a high price for unreported automobile defects. Toyota settled a $1.6 billion class action lawsuit with customers whose cars depreciated due to sticky accelerator recalls in 2013. GM has put aside almost $600 million for victims of ignition switch accidents, but it may yet face more claims. In connection with Dieselgate, Volkswagen has agreed to spend up to $10 billion on car buybacks and owner compensation, making it the biggest auto settlement in history.

It’s no surprise that manufacturers are catching car faults early and issuing recalls more quickly as a result of penalties and settlements like these.

Ram Trucks are being recalled by Fiat Chrysler.

Fiat Chrysler Automobiles (FCA) has been fined for the second time in less than two years.

On May 12, FCA issued a recall of more than one million Ram pickup vehicles due to a software flaw that might result in airbag and seat belt failure.

A “severe underbody impact” might force a sensor to deactivate side airbags and seat belt pretensioners, rendering the safety equipment “unavailable in the event of a vehicle rollover,” according to Fiat Chrysler.

Due to a major software fault, Chrysler has issued a recall for over one million Ram pickup trucks.

After being sued for claimed airbag failure in a 2014 Dodge Ram 1500 that was involved in a rollover collision, FCA launched an inquiry into Ram pickups.

The function of the restraint system has been deactivated, as shown by an illuminated instrument panel warning light. Changing the ignition switch from “off” to “on/run” may help to restore function.

Dealerships will be able to reprogram computer components for free starting June 23. Fiat Chrysler advises owners to follow the instructions on their recall notifications until further information regarding scheduling servicing becomes available. Customers may contact Fiat Chrysler at (800) 853-1403 if they have any queries.

Visit NHTSA.gov and input the VIN number of your Dodge truck to see whether it’s impacted.

According to an ABC News story, more than forty BMWs have caught fire while parked.

BMW, which has looked into the incidents, denies that there is a widespread issue, citing the fact that there are over five million BMWs on American roads and a number of plausible explanations other than a product flaw. The company has previously issued recalls due to fires.

The flames seem to start after the automobile has been turned off, but the pattern is inconsistent beyond that. A fire in a 2008 BMW X5 began barely minutes after the car was turned off, whereas a fire in a 2000 BMW began after the vehicle had been parked for many days.

Some BMW owners have received monetary settlements in return for non-disclosure agreements. Critics think this is BMW’s attempt to conceal the fires.

Any BMW owner who has had a car fire should contact the National Highway Traffic Safety Administration (NHTSA) and ClassAction.com for a free legal consultation.

In 2017, there will be an increase in the number of defects.

The record number of car recalls may come to an end this year, but that doesn’t mean the issues will go away. Here are just a handful of the recalls issued by manufacturers in 2017:

While Honda CRVs have not yet been recalled, a class action complaint has been filed over a foul odor that pervades the cars.

The recall procession is indeed disturbing, but so is the amount of cars that have yet to be fixed. According to Carfax, there are 63 million recalled automobiles in the United States that have not been repaired. This equates to one out of every four registered autos having outstanding repairs.

An antiquated owner notification system is one of the reasons for the surprisingly low repair rate. Recall notifications, which are mandated to be issued by first-class mail, are often unread, ignored, and/or thrown away.

Used automobiles are also troublesome since the manufacturer may lose track of who the current owner is, especially if the car has been sold and resold many times. In other circumstances, a person purchases a secondhand automobile and discovers that the prior owner did not perform recall repairs.

Electronic recall alerts may aid in the execution of repairs.

In a culture where people are increasingly doing their business online, mailing notifications makes little sense. In an effort to stay up with the trends, the NHTSA proposed a regulation modification last year that would force manufacturers to employ electronic ways to inform impacted owners as well. Emails, text messaging, social media, and phone calls are examples of electronic methods.

Many manufacturers have already started to use electronic tools in recall efforts, but the regulation change would be a watershed moment in policy.

Carfax has created a new app to fill the recall repair void. Customers may check for open recalls by creating a free account and entering their license plate or VIN.

According to Carfax, open recalls have increased by 34% since last year. Family-friendly minivans and SUVs have the greatest risk of open recalls. Los Angeles, New York, Dallas-Fort Worth, Chicago, and Philadelphia are the top five cities with open recalls.

Not every fault in a car results in a recall. Lemon laws, product liability lawsuits, and other causes of action may be available to owners of defective automobiles.

Contact ClassAction.com for a complete assessment of your rights as a car owner, or to talk with an attorney.

The “takata airbag deaths” is a defect that has been present for years. The problem was finally fixed in the newest models of Chrysler, BMW and Toyota vehicles.