Bayer and Monsanto are two of the biggest names in agriculture, merging could signal a new era for food production. While the merger looks to be beneficial on paper, experts say it will have catastrophic effects on farmers around the world. 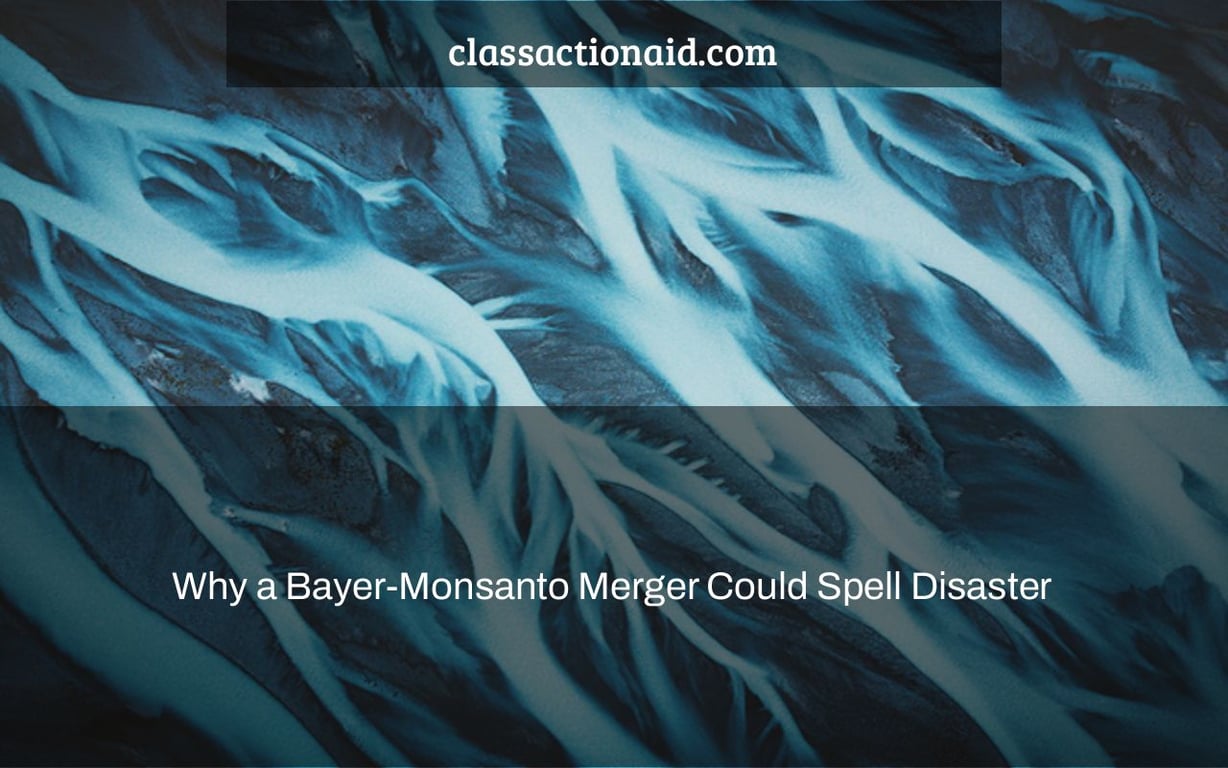 Bayer would control a quarter of the world’s seeds and pesticides if it merged with Monsanto, possibly influencing the global food supply, ecology, and store pricing.

A proposed merger between Monsanto (the maker of GMOs and the herbicide Roundup) and Bayer (the pharmaceutical business that makes herbicides and seeds under the Bayer CropScience brand) is gaining traction. Monsanto shareholders accepted Bayer’s $66 billion all-cash bid to buy the business earlier this week, making it the highest all-cash offer in history.

What makes this proposed merger so important—and frightening—is how dominant Bayer would become as a result of it. They would control a quarter of the global seed and pesticide business if they merged with Monsanto, possibly influencing the world’s food supply, ecology, and store pricing.

Small farmers, consumers, scientists, and politicians all hope that antitrust authorities would reject the combination. The merger may be authorized with shareholders on board and a new administration on the horizon.

Antitrust regulators are concerned about a merger.

If the transaction is authorized, Bayer would possess 29% of seeds and 28% of insecticides in the globe. The new company’s scale, paired with the similarities between Monsanto and Bayer’s operations, raises antitrust concerns.

The Sherman Antitrust Act and the Clayton Antitrust Act, both of which are over a century old, serve to avoid large mergers and acquisitions. Regulators are worried, first and foremost, about diminished competition, which may stifle innovation, lead to price fixing, and expose consumers and workers to unfair corporate practices.

Large mergers and acquisitions must be evaluated by the Federal Trade Commission and the Department of Justice as a precautionary measure. This is where Bayer may make a mistake. Large mergers, such as those between Staples and Office Depot, have been strongly resisted by the present government.

A change in administration, on the other hand, may be beneficial to Bayer. The business is so certain that if deal is banned, it has offered Monsanto stockholders a $2 billion termination fee.

Environmentalists fear that if the merger is authorized, it would be a “marriage made in hell.” This description may not be far off after looking at their goods’ damaging track record.

Agent Orange, PCBs, GMOs, and the carcinogenic chemical RoundUp are just a few of Monsanto’s deadly and controversial biotechnology products.

Bayer, like Monsanto, sells genetically modified (GE) seeds, as well as herbicides and insecticides. Bayer’s neonicotinoids—pesticides that are the principal cause of bee colony destruction—are the most deadly.

Bayer claims that purchasing Monsanto would enable them to better handle rising global food demand, largely via the sale of genetically modified seeds. Monsanto and Bayer offer strong herbicides and insecticides, therefore GE seed cells are changed to be resistant to them. Farmers may increase agricultural yields while reducing the amount of herbicides and pesticides they use by planting GE crops, according to the firms.

Farmers Will Have to Pay More for Seed

What does a combination between Bayer and Monsanto entail for the common farmer and consumer? Farmers will first notice increased seed costs and a lack of non-GE options, which will ultimately be passed on to supermarket customers.

Because they are registered as intellectual property, GE seeds are extremely expensive. This makes it impossible for farmers to reuse their seeds, which has been a millennia-old agricultural technique.

Since 1995, corn and soy seed costs have climbed by more than 300 percent.

Seed costs have risen steadily since the advent of genetically modified organisms (GMOs) 20 years ago. Corn and soy seed costs have climbed by more than 300 percent since 1995, according to Farm Aid’s Alicia Harvie.

Farmers hunting for non-genetically modified seeds are having a difficult time locating them. According to Charles Benbrook, a research professor at Washington State University, non-GE corn seed types declined by 67 percent between 2000 and 2010. Other plants, such as sugar beets, for which Monsanto controls 95 percent of the seeds, showed similar patterns.

Herbicide will be sprayed in greater quantities.

Weeds ultimately adapt to herbicides and grow resistant to them after years of treatment. Farmers are left with “super weeds,” necessitating the use of larger volumes of harsher herbicides.

Herbicide usage has grown by one-fifth in the United States and Canada since the introduction of genetically altered seeds, according to a report published in The New York Times. Herbicide use decreased by one-third in France, a GMO-free nation.

Aside from the financial expenses to farmers, increased pesticide use is detrimental for consumer health and the environment. Roundup, made by Monsanto, is a carcinogen that puts farmers and gardeners at risk of getting non-lymphoma. Hodgkin’s

Herbicide residue on food has also been related to an increase in food allergies, including gluten sensitivity such as celiac disease.

Monsanto must be held accountable.

A Serious Threat to Bees and Biodiversity

While Bayer and Monsanto claim that their merger would help feed the world’s rising population, it may potentially result in further food shortages.

The New York Times revealed that GMOs have not resulted in an increase in food supply throughout their 20-year lifespan. Monsanto and Bayer, on the other hand, have badly harmed the ecology, a trend that is expected to lead to catastrophic food shortages in the future.

Pesticides like Bayer’s neonicotinoids have destroyed natural pollinator populations throughout the planet. Ninety percent of the monarch butterfly population has perished in the previous 20 years, while the USDA claimed that 10 million beehives were destroyed between 2006 and 2012.

Pollinators’ labour is estimated to be worth $15 billion in agricultural labor, according to environmental specialists. The EPA is taking moves to restrict neonicotinoids due to the severity of the situation.

However, Bayer’s insecticides aren’t the sole environmental hazard. Companies like Bayer and Monsanto undermine biological diversity by utilizing similar genetically engineered seeds. Biodiversity is significant because it aids in the prevention of agricultural disease transmission. A disease may wipe off a large amount of our food supply if every crop has the same genetic composition.

Giving a single firm that much power—especially one that harms farmers, the environment, and our health—could mean doom for our food supply.

Why did the Bayer Monsanto merger fail?

A: Bayers stock had been stagnant for several years, and the company was not taking any risks with their portfolio. They were looking to make a big splash in order to change perceptions on how they perform as a corporation, but didnt want it so much that people would start using other products instead of theirs. Luckily, Monsanto took its time planning out their strategy before going through with this partner; this allowed them to properly scope the potential effects and strategize accordingly.

Why did Bayer merge with Monsanto?

What did Bayer do wrong?

A: Bayer made a mistake in their manufacturing process that caused the drug to be contaminated.