The company is well-known for its controversial practices, which often pit farmers and consumers against one another.

Monsanto has been on the defensive lately. The company is facing lawsuits and government investigations after it was revealed that Monsanto had ghostwritten research papers to protect its profits. 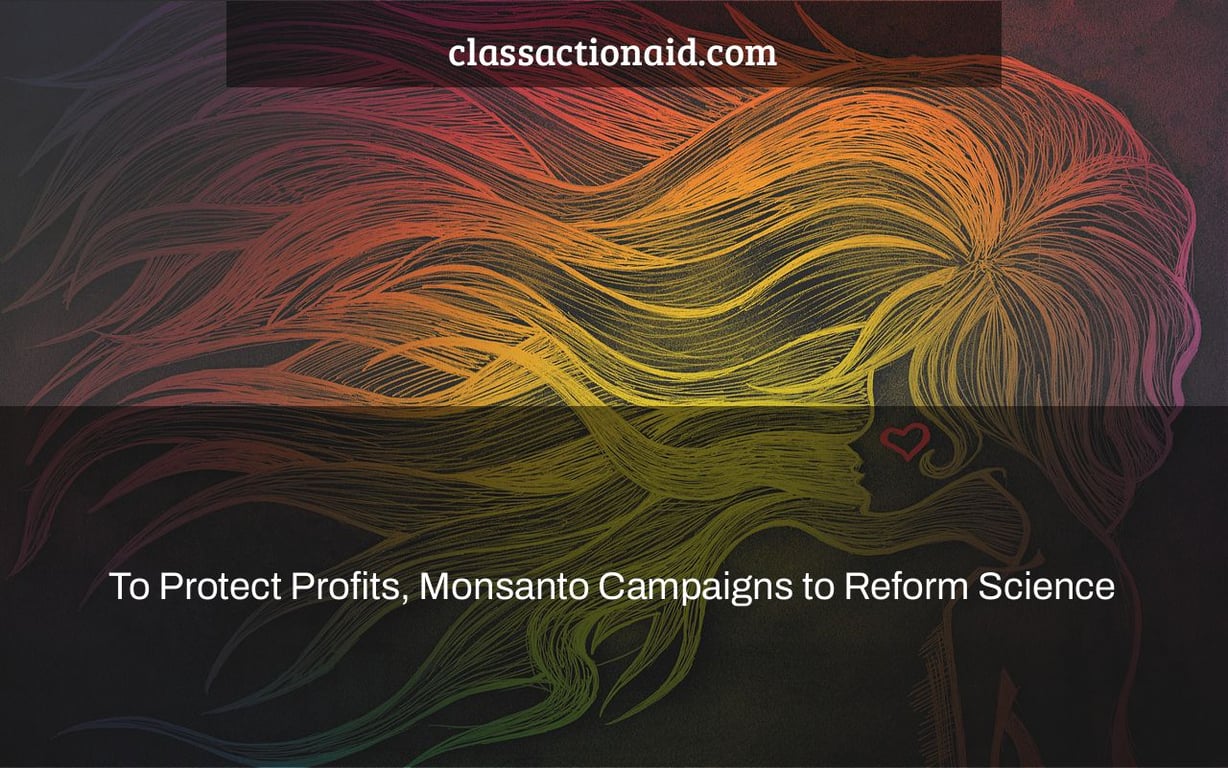 Monsanto is turning a PR struggle into a grave conflict over scientific truths by attempting to undermine the IARC’s Roundup findings.

Monsanto is suing and threatening any group that dares to warn the public about the harmful herbicide, from California to the World Health Organization, despite the fact that the company is facing dozens of lawsuits for its Roundup Weed Killer, which plaintiffs claim caused their non-lymphoma. Hodgkin’s

A court in Fresno recently delivered a preliminary judgement permitting California to designate glyphosate, or Roundup, as a carcinogen under Proposition 65. If the verdict is upheld, Monsanto will be required to notify customers that Roundup, the most widely used agricultural pesticide in history, may cause cancer.

Monsanto claimed that California’s actions were “unconstitutional” because they relied on “junk science” data from the International Association of Cancer Research (IARC).

But this isn’t simply a case of a corporation refusing to admit damaging information. Monsanto is launching an extensive effort to undermine the IARC, a World Health Organization research branch, converting a public relations war into a hazardous conflict over scientific truths.

Glyphosate is now classified as a “probable carcinogen.”

Glyphosate was labeled a “probable carcinogen” by an international committee of experts in March 2015.

The Worldwide Agency for Research on Cancer (IARC), situated in France, is made up of independent experts from all around the globe whose aim is to “encourage international cooperation in cancer research.” Through their Monograph Section, they have studied over 900 suspected cancer-causing chemicals since 1971.

The group rates agents based on their likelihood of causing cancer, from Group 1 (which includes confirmed carcinogens like cigarettes) to Groups 3 and 4, which comprise agents with no evidence of cancer-inducing side effects in humans, such as water, utilizing available research.

Group 2A (likely carcinogens) and Group 2B (possible carcinogens) are in the middle, and they contain chemicals and other agents that show some evidence of cancer in animals and people but not enough to warrant a Group 3 designation. In March 2015, an international committee of experts classified glyphosate as a “probable carcinogen,” placing it in Group 2A.

The IARC’s “likely” and “possible” designations, according to critics, cause unneeded anxiety and have major economic ramifications. However, it may take decades for many agents—particularly novel ones like glyphosate—to gather enough clear data to indicate they’re a definite carcinogen, especially because cancer can take years to develop.

The American Chemistry Council is fighting the International Agency for Research on Cancer (IARC).

Instead than being concerned about the red lights raised by the IARC’s glyphosate study, the American Chemistry Council (ACC) is attempting to destroy the organization.

The Campaign for Accuracy in Public Health Research, or CAPHR, was established last month by the ACC (which represents Monsanto).

ClassAction.com contacted CAPHR to learn more about their purpose. “Advocate for reform of IARC’s Monographs Program to enhance the openness, dependability, and characterisation of IARC’s evaluation of cancer dangers,” they stated.

“Providing context and helping to clarify what is frequently misunderstood in terms of public health will be of enormous use to the American consumer,” the CAPHR team said. “Because health research results are of interest to a wide range of individuals, it’s critical that they be both trustworthy and meaningful.”

Monsanto’s tactics have been compared to those of Big Tobacco.

“This is reminiscent of Big Tobacco’s techniques for sowing doubt about scientific results,” the IARC said.

While advocating for increased research openness and trustworthiness is admirable, a brief glance at CAPHR’s website reveals that they are attempting to portray the IARC as a scientific adversary. On every page, there’s even a banner statement from Galileo that says, “By rejecting scientific principles, one may sustain any absurdity.”

According to their website, they would oppose the practice of “vilifying anybody who disagrees with research methodologies findings, or policy recommendations.”

The IARC, on the other hand, does not seem to be “vilifying” Monsanto for not agreeing with their findings. In fact, the defense team of independent experts was taken aback by the fact that they were on the stand.

“We were just going about our business.” We were aware that there were other concerns, such as economic ramifications. But none of us had a political goal,” said Francesco Forastiere, a scientist who worked on the IARC’s glyphosate assessment. “All we did was behave like scientists, reviewing the body of data using the IARC standards.”

The CAPHR campaign, in collaboration with corporate lobbyists, is requesting that the US remove all funding from the IARC. A letter template is also available on the website to assist visitors in petitioning their legislators.

The IARC was contacted by ClassAction.com to provide their opinions on the campaign:

“The American Chemistry Council’s campaign against IARC is the latest in a series of misrepresentations and falsehoods aimed at undermining the WHO Cancer Agency and its Monographs’ review program.” This is similar to the tactics adopted by Big Tobacco to cast doubt on scientific findings. The ACC, which represents the chemical sector and includes Monsanto as a member, is protecting its vested interests via this litigation.”

Monsanto’s next target might be the Environmental Protection Agency (EPA).

The EPA is also involved in this argument, since it is now conducting its own glyphosate review. Lobbyists want the EPA to dismiss the IARC’s conclusions and fully embrace glyphosate usage. Surprisingly, an EPA scientist from the United States was involved in the IARC’s glyphosate assessment.

Industry pressure, on the other hand, has already had an impact on the agency. The EPA’s study is already a year behind schedule, and they postponed a series of glyphosate public hearings last year after receiving complaints about the scientific panel’s members.

It’s one thing to manufacture and sell hazardous substances; it’s quite another to purposefully misrepresent public understanding of scientific truths. Contact us right once if you or a loved one been diagnosed with non-lymphoma Hodgkin’s after using Roundup. Our legal team is working hard to bring Monsanto to justice.

The “usrtk org monsanto” is a website that has been set up by the “Monsanto Company”, which is a multinational agrochemical corporation. The website aims to reform science in order to protect profits.