A bipartisan bill to reduce the amount of medical waste generated by hospitals and other healthcare facilities is being introduced in Congress. The legislation would save $8 billion annually, according to Sen. Collins (R-ME). 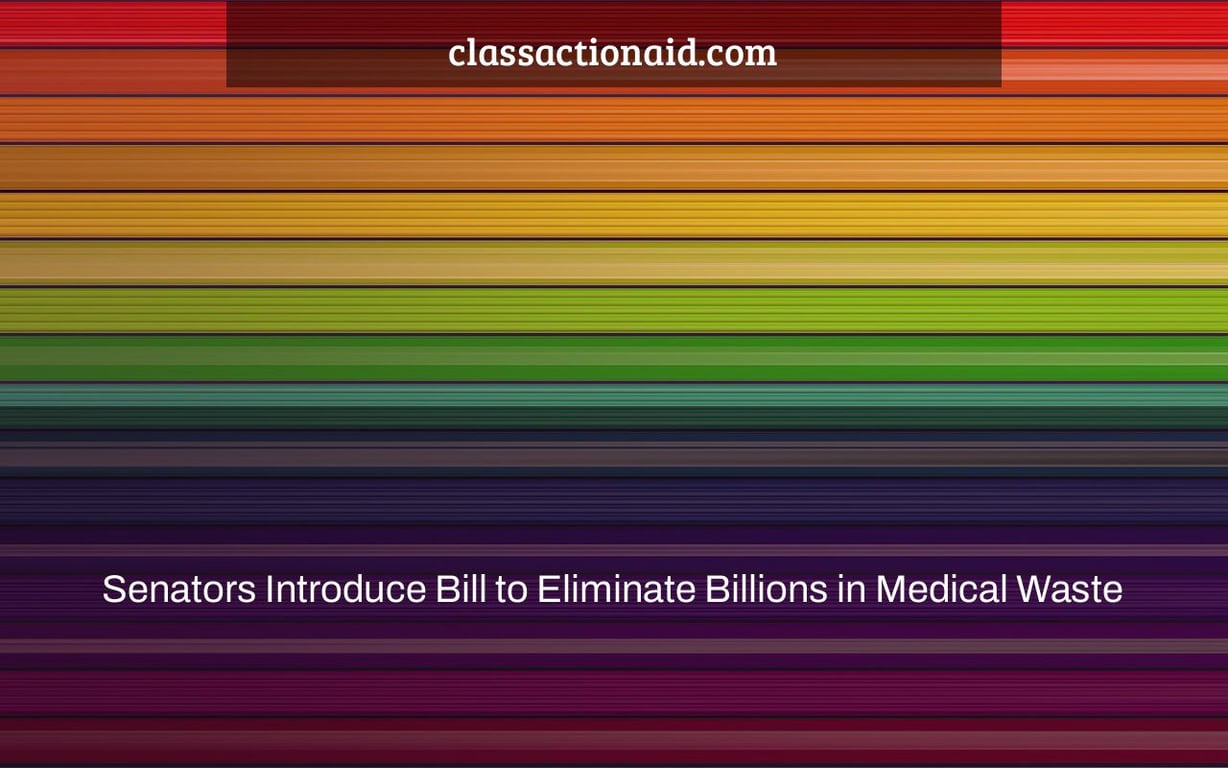 The “Medical Waste Disposal” is a bill that was introduced by Senators to eliminate billions of dollars in medical waste. The bill would also create a new program for the disposal of medical waste.

Senators from both parties may have just paved a road to $765 billion.

The Reducing Drug Waste Act of 2017 was presented on October 31 by Amy Klobuchar (D-Minn.) and Chuck Grassley (R-Iowa). Dick Durbin (D-Ill.) and Jeanne Shaheen (D-NH) are the bill’s cosponsors.

“With the growing expense of prescription pharmaceuticals, American taxpayers shouldn’t be paying the tab for medicine going to waste,” Senator Klobuchar stated in a news release. Our bipartisan bill would start to address the issue of millions of dollars wasted on unused pharmaceuticals.”

“American taxpayers should not be on the hook for squandered medication.”

Sen. Grassley referenced a study that found “Medicare and commercial insurers spend about $3 billion a year on cancer medications given in vials that store too much medicine for most patients.”

The legislation recommends that the FDA and the Centers for Medicare and Medicaid Services (CMS) collaborate to reduce waste and “better control costs with regard to vial sizes and other medication delivery methods such as eye-drops.”

A series of stories by the nonprofit news organization ProPublica showed that medical waste costs taxpayers billions of dollars each year, which prompted the bill.

ProPublica discovered that larger eyedrops lead prescriptions to run out considerably sooner than they should, requiring customers to purchase another vial. The extra liquid flows down the person’s face or is absorbed by the tear ducts when most eyedroppers deliver significantly more liquid than the eye can retain.

This waste has long been recognized to physicians.

The drips might be twice as big as they need to be, which means the bottle will run out twice as quickly and will cost twice as much to the patient.

This waste has long been recognized to physicians. Microdrops were shown to be as efficient as big drops, had less side effects, and were the chosen treatment of patients in a 1992 research published in the American Journal of Ophthalmology.

Bill York, who led the research while working for the eye care business Alcon, unsuccessfully petitioned his bosses for “microdroppers.” When Dr. Alan Robin, an ophthalmologist in Baltimore who advised on the microdrop research, heard about the Reducing Drug Waste Act, he sobbed tears of joy.

Dr. Robin told NPR, “I’m absolutely sobbing with excitement.” “I’m worried about both the financial costs of trash and the negative consequences on patients, as well as the garbage’s environmental impact.”

Several glaucoma sufferers sued Alcon, Allergan, Bausch & Lomb, Merck, Pfizer, and Prasco last year, claiming financial loss as a consequence of the industry-wide practice of creating bigger droppers. Last year, the claim was certified as a class action, but it was dismissed until being resurrected two weeks ago.

The plaintiffs claim that the large droppers cost them thousands of dollars and that they are part of a “deceptive and unethical plan.”

Unfortunately, eyedroppers aren’t the only example of wasted resources. A staggering quantity of medical waste has been revealed as a result of the ProPublica series:

The issue is, of course, whether Congress can withstand the onslaught of funding from Big Pharma and maintain its position. Drug companies spent $246 million on lobbying last year, the highest of any business.

That plan has succeeded so far (as it typically does), but with rising medication and healthcare prices unsettling consumers, the tide may be turning.