It is unclear whether a woman’s metal hip implant caused her cancer, but the lawsuit has given rise to important questions about patients’ rights and doctor-patient relationships. 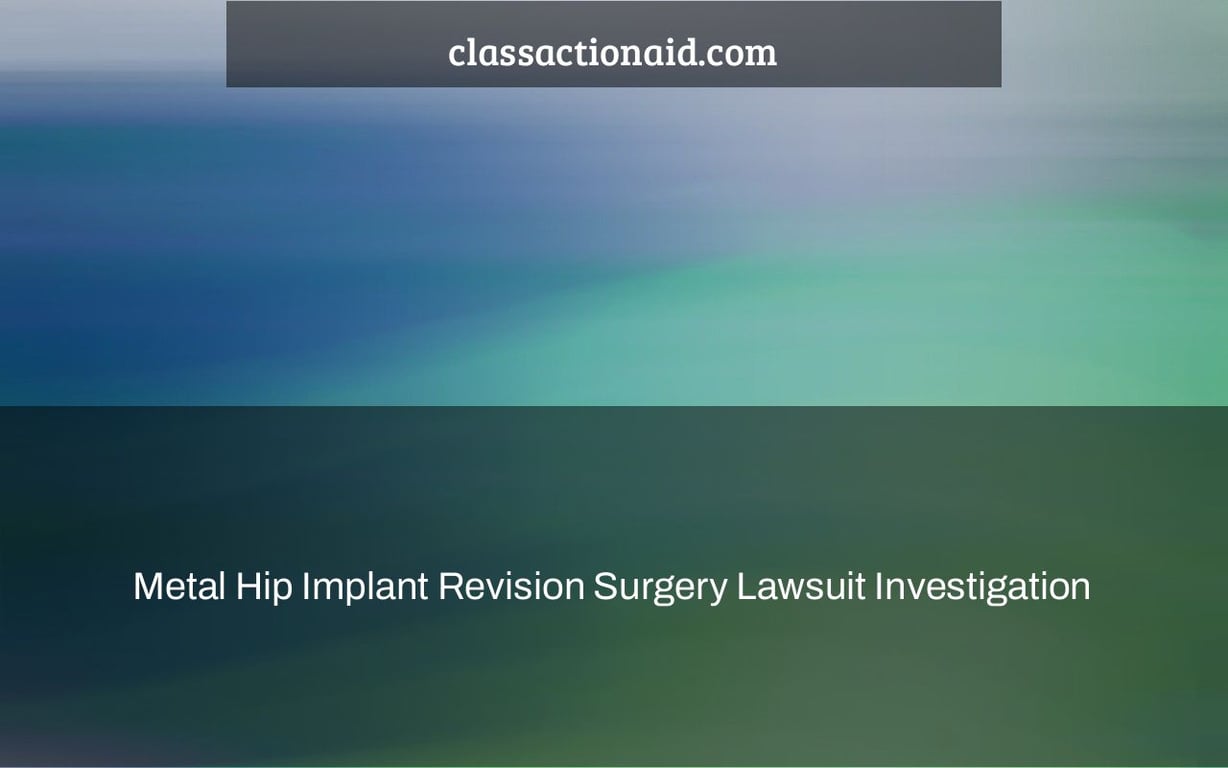 A metal-on-metal hip implant is a kind of complete hip replacement technology in which the hip joint’s “ball” and “socket” are made of metal. This kind of artificial hip joint was developed because it is designed to endure longer than previous hip replacement options. It’s also claimed to be more stable and less susceptible to dislocation than a plastic hip joint.

What problems are associated with metal implants?

Metal-on-metal hip implants have been known to produce severe and devastating adverse effects in patients. The release of metal ions into the joint region and the circulation is the primary cause of these problems.

Metal ions and particles leakage may cause cancer, cardiomyopathy (a degenerative heart disease), non-cancerous tumors around the hip implant site, which can cause pain, swelling, inflammation, and extreme discomfort, as well as premature device failure necessitating a revision hip replacement.

Is it necessary for me to get hip revision surgery?

If you have had any of the following problems, you may require revision surgery. Continue reading to learn more. What does Hip Implant Revision Surgery entail?

Have any lawsuits been brought against metal-on-metal hip implants?

Patients who have had severe problems as a result of malfunctioning hip joint implants have filed tens of thousands of hip implant lawsuits.

Families who have lost a loved one due to metal poisoning, cancer, or cardiomyopathy may be entitled to bring a wrongful death case, with wrongful death settlements in the millions of dollars.

In addition, spouses of people who have had faulty or metal-on-metal hip replacements may be eligible to claim for “loss of consortium,” which roughly translates to “loss of intimacy with a spouse” as a result of hip replacement problems.

Spouses of metal-on-metal hip implant patients are often included as co-plaintiffs in hip implant cases, which may enhance the award or settlement.

Do I Have a Case for Hip Implants?

Thousands of hip implant cases have been filed throughout the country in state and federal courts. Plaintiffs are seeking reimbursement for medical costs, pain and suffering, and other damages incurred as a result of hip revisions after the failure of a metal hip implant.

DePuy, Stryker, Biomet, Zimmer, and other hip implant manufacturers have previously given millions of dollars in settlements to resolve these claims. It’s critical to talk with a metal hip implant lawyer to determine if you’re entitled to compensation as a result of your failed metal-on-metal hip implant.

Can I afford to hire a lawyer to represent me in a hip implant lawsuit?

It is free to file a lawsuit against a manufacturer of metal hip replacements. Attorneys for hip implant lawsuits do not get paid until you win your metal hip implant case.

The “hip replacement recalls 2020” is a lawsuit that has been filed by the FDA. The lawsuit alleges that the company’s metal hip implant revision surgery was not done properly and may cause injury.

What is going on with the hip implant lawsuit cases?

A: Thats a tough one to answer. The majority of the cases have been dismissed, but there are still some going on in court as we speak.

Can you sue for a failed hip replacement?

What are the signs and symptoms of metallosis?

A: One of the most common signs and symptoms of metallosis is an increased sensitivity to pain caused by a metallic taste in your mouth. You might also notice that you have difficulty swallowing or breathing, which can be due to accidentally inhaling metal dust while grinding. If this happens, stop what you are doing immediately and go outside for fresh air until the sensation passes.