James Young is leading the way for people who are addicted to opioids and struggling with addiction. His goal is to create new treatment models that will help thousands of opioid addicts get on a path toward recovery. 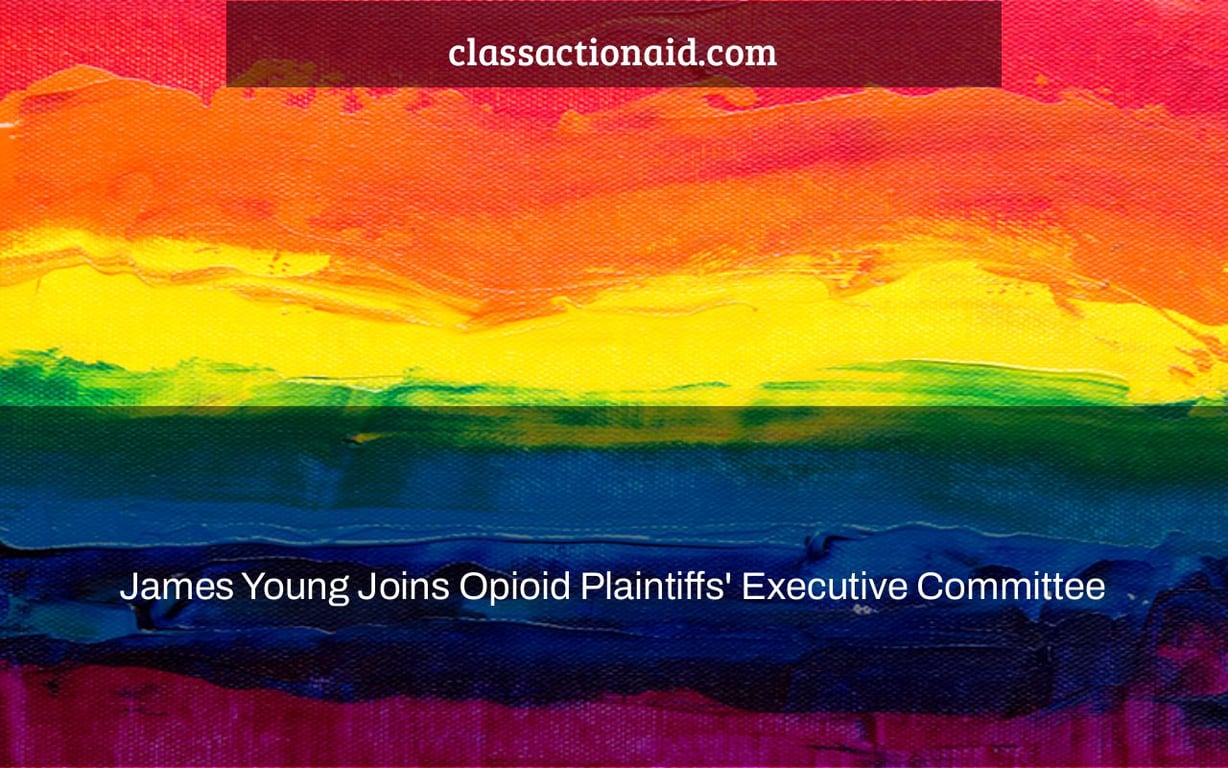 Opioid producers and distributors have been sued by cities, counties, and states around the US for their participation in the issue. Doctors, drug corporations, and “pill mills” are accused of exploiting patients, downplaying the addictive potential of opioids, and costing local governments millions of dollars, according to these cases.

Wholesale medication distributors such as McKesson, Cardinal Health, and AmerisourceBergen are all accused of failing to monitor and disclose suspiciously high opioid purchases, according to the lawsuit.

“I am ecstatic to be among the exceptional lawyers selected to manage the most significant case of my life.”

Young has filed opioid cases on behalf of 17 local governments in West Virginia, one of the country’s worst-affected states.

“I am very honored to be among the exceptional lawyers picked to handle what I think to be the most significant lawsuit of my life,” Young stated.

Hundreds of lawsuits will be overseen by a committee.

Working with lead counsel on case strategy, formulating a litigation plan, managing discovery, producing legal papers, and presenting arguments to the court are among tasks that committee members conduct. The plaintiffs’ executive committee in the opioids MDL is made up of 16 individuals who will handle over 180 claims (along with six co-lead counsels).

As more towns seek justice for their damaged areas, the number of cases is projected to rise considerably in the coming months.

Young Describes His New Job as “A Dream Come True”

The group, which included Young, was characterized as a “‘Who’s Who’ in mass torts” by Amanda Bronstad of the National Law Journal.

Young is well-known across the United States for his work in consumer protection, health fraud, and pharmaceutical lawsuits. He was formerly Special Counsel to the Attorney General of Florida, where he concentrated on pharmaceutical fraud litigation. He has also led multiple multi-state Attorney General investigations, including initiating and co-leading In Re Risperdal, the biggest consumer protection medicine settlement to date.

The panel has been dubbed a “Who’s Who” of mass tort lawyers.

Despite all of these accomplishments, Young described his selection to the PEC for the opioid dispute as “a professional achievement and a dream come true.”

Morgan & Morgan has filed opioid litigation on behalf of the Commonwealth of Kentucky and the following West Virginia municipal governments (the latter are members of the MDL, the former are not):

Now, James Young will apply his knowledge to hundreds of other drug cases around the country.