General Motors is recalling 63 million cars in the US, Canada and Mexico because they might have faulty ignition switches that could switch off engine power without warning. The recall is a result of GM’s negligence from not fixing defects as soon as it was discovered, which led to at least 124 people dying in crashes caused by deactivated engines. 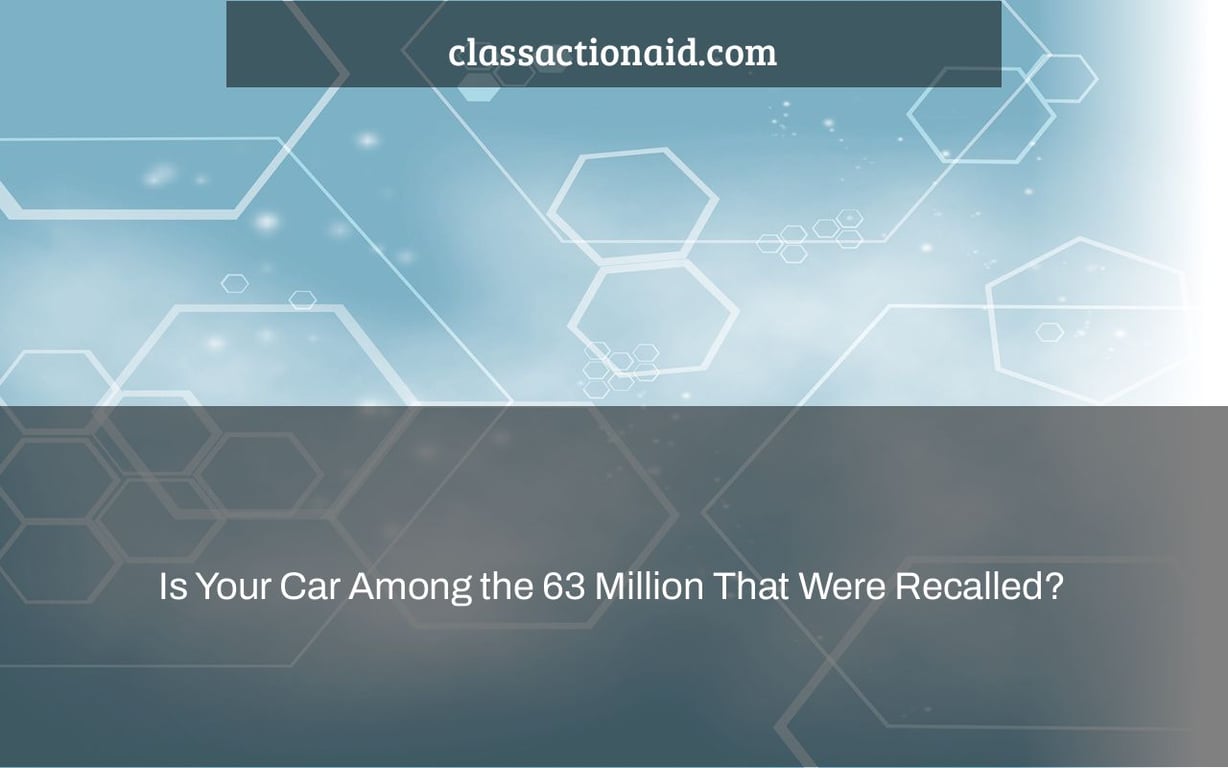 According to a recent Carfax analysis, there are 63 million recalled automobiles on American roads that have not been repaired. That’s a 34% rise over the previous year, and it’s a concerning amount for drivers, many of whom may be unaware they’re driving a dangerously faulty vehicle.

On American highways, there are 63 million recalled automobiles that have not been repaired.

The Takata airbag catastrophe, the greatest automotive recall in history, is partly to blame for the growth of unrepaired recalled automobiles. However, in recent years, the National Highway Traffic Safety Administration (NHTSA) has been more active, and manufacturers such as Volkswagen, GM, and BMW have played a significant part in the wave of recalls.

In 2015, the number of vehicle recalls reached an all-time high for the second year in a row. The figures aren’t in yet, but vehicle recalls are projected to rise again in 2016.

Meanwhile, failure to fix the cars seems to be due to a mix of customers not recognizing their vehicle has been recalled—or the inconvenience of having to take it to the shop and be without it for a lengthy amount of time.

In many situations, the components needed to fix the automobile are either unavailable or on a lengthy waiting list, making owners hesitant to bring it in. Furthermore, many manufacturers continue to install dangerous Takata airbags in new vehicles, while used car dealers are quick to sell a recalled vehicle to an unwary customer.

The Center for Auto Safety, Consumers for Auto Reliability and Safety, and the United States Public Interest Research Group sued the Federal Trade Commission (FTC) earlier this month for permitting used auto sellers to assert that recalled cars with unrepaired flaws are “safe.”

Use the NHTSA’s VIN check to determine whether your car has been recalled, and read “How to Buy a Used Car in an Age of Widespread Recalls” in The New York Times.

There are so many recalls these days that keeping track of them all may be difficult. But let’s give it a go.

The Airbag Sensor Problem is the Latest Defect to Affect GM.

The ignition switch fault at General Motors (GM) forced a recall of 2.4 million cars in 2014, was related to 124 fatalities and 275 injuries, and resulted in several lawsuits, which GM eventually resolved in 2016. The carmaker now has an airbag issue.

The ignition switch problem at General Motors has been related to 124 fatalities and 275 injuries.

The airbag sensor on 107,000 GM sports vehicles, including the Pontiac Solstice and Saturn Sky from 2006 to 2010, may get damaged and deactivate the front passenger airbag. This implies that the airbag will not deploy in the case of a collision, however GM claims that no injuries have been reported as a result of the fault.

Unfortunately, it hasn’t worked out how to fix these autos either. Owners of the Pontiac Solstice and Saturn Sky will be notified once a patch is developed, according to GM.

BMW Issues Recalls for Airbags and CV Joints that are Dangerous

BMW recalled 230,000 3-Series vehicles (model years 2000-2002) earlier this month because the airbags in the vehicles might contain severely hazardous Takata components fitted as replacements or spare parts. (Takata airbag components were not initially installed in the vehicles.)

On February 14, a week and a half later, BMW issued a recall for 8,752 vehicles that may have a problematic rear driveshaft constant velocity (CV) joint. The joint might break, resulting in the automobile losing propulsion and perhaps causing an accident.

This flaw affects the following models:

The recall is expected to start on or around March 27. BMW dealers will replace the CV joint (if necessary) free of charge after an examination.

If owners have any questions or concerns concerning the recalls, they should call BMW at 1-800-525-7417.

On February 15, Volkswagen, still reeling from the Dieselgate scandal, issued a recall of around 1,000 vehicles because the brake lines may leak braking fluid. These leaks develop slowly over time, but they may diminish brake performance and cause accidents because a vehicle may take longer to stop than it should.

Please contact us immediately away if you or a loved one has been injured physically or financially as a result of one of these recalled, faulty automobiles. Don’t put it off any longer; you could be eligible to compensation.

What is the most recalled car in history?

A: The most recalled car in history is the Ford Pinto. Since 1970, over 14 million have been sold to consumers and many of those were ultimately crushed due to their structural issues.

What cars have a lot of recalls?

A: Many cars have been recalled in the United States and Canada. The National Highway Traffic Safety Administration, or NHTSA, is a branch of the U.S Department of Transportations which manages vehicle recalls within these countries respectively

A: There is no way to answer this question.