GameStop is a huge conglomerate, with more than 70% of the United States’ video game market share. This has put them in an important position when it comes to cybersecurity and general internet safety.

GameStop has announced that it is looking to level up its site’s cybersecurity. The company has plans to implement a new business model in 2021. 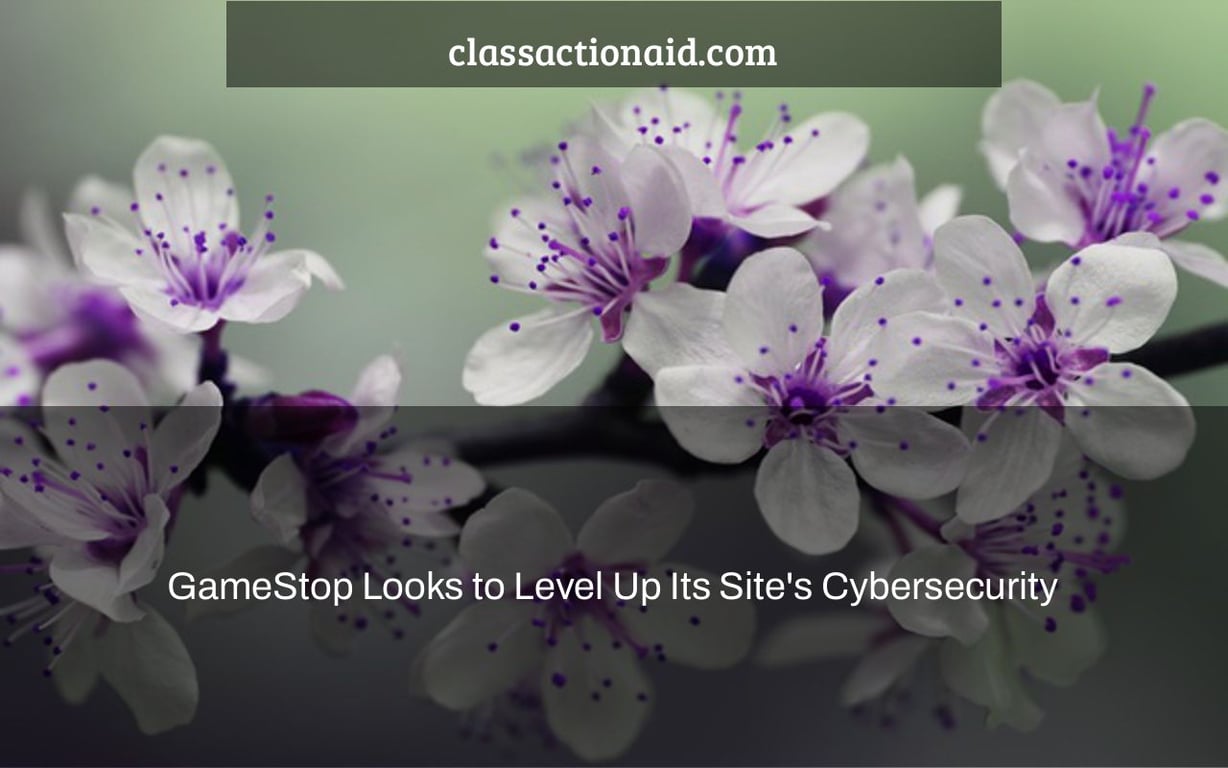 GameStop customers may be out of luck.

GameStop, a video game retailer, has announced that it is looking into a possible data breach that happened between September 2016 and February 2017. Credit card numbers, verification codes, and expiry dates, as well as names and addresses, may have been hacked.

“GameStop recently got notice from a third party that payment card data from cards used on the GameStop.com website was being offered for sale on a website,” a GameStop spokeswoman said in an email to Fortune. On that day, a well-known security company was hired to look into these allegations.”

GameStop also apologized for any anxiety that the event may have caused, and advised consumers to keep an eye on their credit cards for any unusual expenditures.

This purported hack is only the latest in a tumultuous cybersecurity world. Please contact us now for a free, no-obligation legal consultation if you or a loved one has suffered financial damages as a result of a data breach.

Arby’s, Saks Fifth Avenue, Neiman Marcus, and, of course, Yahoo are just a few of the high-profile organizations that have had data breaches. Following these attacks, the state of New Mexico passed cybersecurity legislation, leaving just two states—Alabama and South Dakota—without such legislation.

Given the ever-increasing incidence and potential of data breaches, even two states holding out is astonishing. According to Gemalto, a cybersecurity firm, there were 1,792 breaches globally in 2016, up 86 percent from 2015. Sixty percent of the breaches (1,100) happened in the United States.

A total of 1.4 billion records were compromised as a result of the 1,792 worldwide breaches. Here are a couple more of Geralto’s alarming findings:

These results depict a disturbing picture: data breaches are increasingly being perpetrated by people with bad intent, i.e. identity theft. And, all too frequently, businesses not only fail to secure their clients, but also fail to report all (or even any) of the data when a breach occurs.

“Hackers are casting a broader net and exploiting widely available account and identification information as a starting point for high-value targets,” stated Gemalto Regional Director Graeme Pyper. Clearly, fraudsters are moving their focus away from financial institutions and onto huge databases like entertainment and social networking sites.”

Anthem, Inc. had a data breach in 2015 that affected up to 78.8 million customers. Social security numbers, residences, birthdates, salary data, and medical IDs were purportedly among the data stolen. Experts believe the information was or will be sold on the black market (which is common after a massive breach).

As a consequence of the breach, a number of class action lawsuits were launched on behalf of those who were harmed. Anthem’s two-pronged approach to fending off these claims has been clever and ruthless.

First, Anthem has published as little data as possible regarding the hack, which may assist the corporation maintain its innocence in court. Unlike Yahoo, which admitted that it delayed more than a year to publicly disclose its enormous data breaches—a clear violation of California state law— (among others).

Second, Anthem has asked that plaintiffs hand over their personal computers, allegedly to demonstrate that any claimed breach occurred before the Anthem event. Many plaintiffs have abandoned their cases as a consequence of this request. (Many individuals are wary about disclosing their browser history and other computer habits to anybody, much alone an attorney.) As a result, even if Anthem loses or settles these lawsuits, the compensation will be less than it would have been if the request had not been made.

We won’t know how many plaintiffs (if any) truly experienced breaches unconnected to the Anthem event until the lawsuits go to trial—or if Anthem can successfully argue that the breaches were caused by customers, not the corporation.

But, if this technique proves to be successful, anticipate other firms to follow suit in the future, including, maybe, GameStop.

GameStop has announced that it is partnering with Loopring, a decentralized trading platform for digital assets. The partnership will help GameStop to improve its cybersecurity and provide better services for its customers. Reference: gamestop partnership with loopring.