A family recently filed a lawsuit against the Catholic Church in Baltimore, Maryland. The lawsuit alleges that over 500 priests abused children and paid $215 million to keep their silence. Now victims are demanding accountability from the church they believed would protect them instead of abusing them themselves. 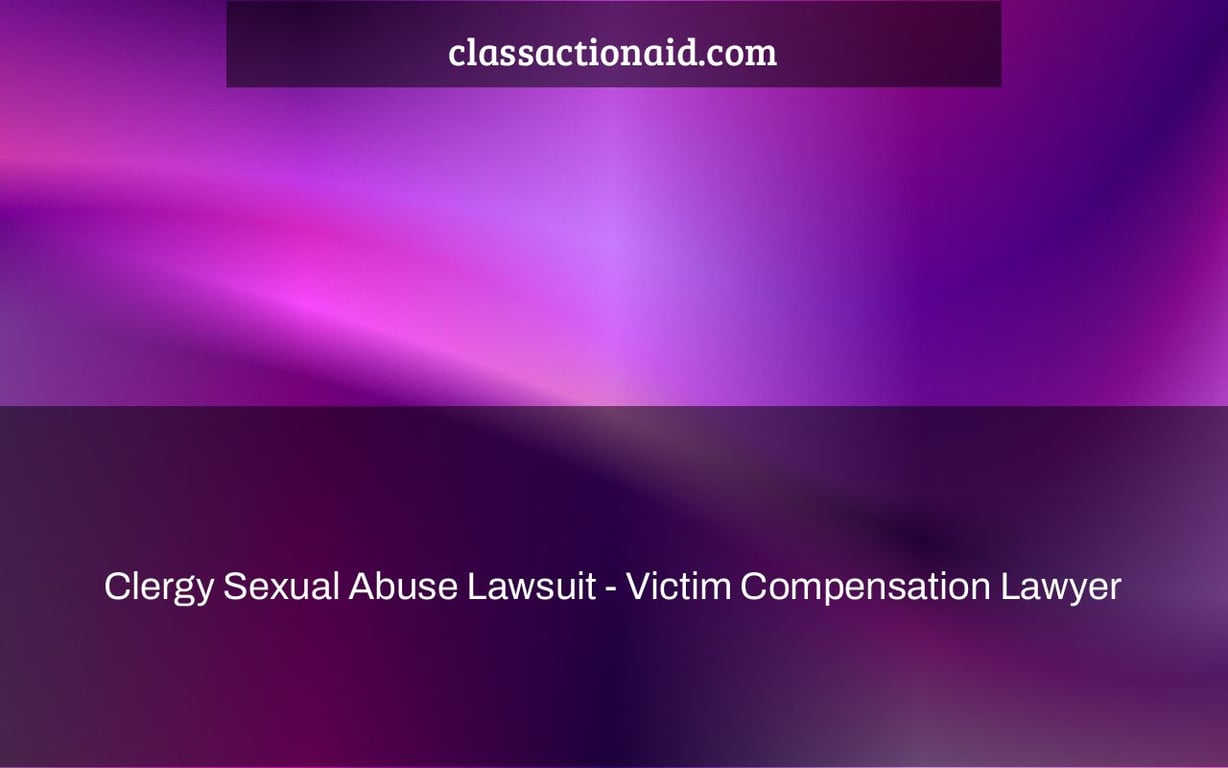 More than 1,000 allegations of abuse reported to church officials were never referred to the police, according to the grand jury in Pennsylvania.

A Pennsylvania grand jury produced a report in August 2018 alleging extensive child sexual abuse cover-up in six Catholic dioceses: Allentown, Erie, Greensburg, Harrisburg, Pittsburgh, and Scranton. Since 1947, more than 300 priests have been accused of molesting over 1,000 children, according to the study.

It is the “biggest, most thorough study on child sexual abuse inside the Catholic Church ever created in the United States,” according to Pennsylvania Attorney General Josh Shapiro.

Six of Pennsylvania’s seven dioceses – Philadelphia, Pittsburgh, Scranton, Erie, Greensburg, and Allentown — have set up compensation funds for victims of clerical sexual abuse. These dioceses are accused of creating an atmosphere conducive to abuse and failing to report these crimes to the appropriate authorities.

Authorities were allegedly kept in the dark about decades of abuse.

During an 18-month investigation into claims of child abuse in Pennsylvania, a grand jury examined more than 2 million internal church papers. Church officials referred to some of these materials as “the secret documents,” and they included specific accounts of child abuse that were never reported to police.

While the grand jury found over 1,000 reports of abuse to church authorities, they suspect the number of molested children is far greater, maybe in the thousands.

“Victims were often discouraged from reporting abuse to police by many diocese authorities, including bishops.”

According to the study, Pennsylvania church officials reportedly discouraged victims from reporting clerics to police.

“Several diocesan administrators, including bishops, frequently discouraged victims from reporting abuse to police, pressured law enforcement to end or avoid an investigation, or conducted their own deficient, biased investigation without reporting crimes against children to the proper authorities,” according to the report.

Above all, the grand jury determined that authorities shielded the abusers and the church at the expense of the children who were damaged. If the church took any action in response to these allegations, the accused priests were often simply transferred to another church or removed from the priesthood without any public notice of their illegal actions.

Following repeated allegations alleging him of sexually assaulting minors in Frackville, Pennsylvania, Edward Ganster reportedly asked his retirement from the priesthood. However, before leaving, he requested a letter of reference for Disney World, which the grand jury believes the church provided.

State legislators are calling for the repeal of statutes of limitations.

The statute of limitations (the time limit within which a case may be filed) for civil and criminal child sexual abuse lawsuits varies by state.

Survivors of sexual abuse in Pennsylvania have until their 30th birthday to file a civil claim and 50th birthday to press criminal charges. However, some politicians and attorneys are asking for the statute of limitations to be repealed or extended entirely to enable every victim to seek justice.

Pennsylvania State Rep. Mark Rozzi (D), a victim of sexual abuse by a Catholic school priest, is among those advocating for the criminal statute of limitations to be repealed.

The grand jury recommended that the statute of limitations be extended to enable elder victims to sue the church in civil court. They also called for stricter legislation mandating church authorities to disclose child sexual abuse in their report.

Some states have temporarily suspended statutes of limitations to enable victims of abuse to come forward, and Pennsylvania may follow suit. The Minnesota Child Victims Act of 2013 established a three-year opportunity for more than 850 abuse survivors to come forward. More than half of the accusations were made against Minnesota Catholic clergy members.

Compensation may provide some relief to survivors.

Though no amount of money could ever compensate for the horrors of sexual assault, recompense does provide survivors with some solace and justice. In Pennsylvania, compensation funds for victims of clerical sex abuse were created in the cities of Philadelphia, Pittsburgh, Scranton, Erie, Greensburg, and Allentown.

Unless they’ve already resolved a claim with the Catholic Church, all victims of clerical sex abuse in certain dioceses are entitled for compensation. When a victim files a claim with the compensation fund, claim administrators analyze it and make a decision within 90 days.

Neither the church nor the victim will be allowed to dispute a fund administrator’s decision on a victim’s compensation. Victims, on the other hand, are under no obligation to accept the amount and may opt out of the compensation scheme at any time, even after receiving their compensation award.

Importantly, if victims of clergy sexual abuse accept compensation under the Independent Reconciliation and Reparations program, they must forgo their ability to sue the diocese.

Victims who refuse to accept dioceses’ compensation via the Independent Reconciliation and Reparations program may never get their day in court. Because the statute of limitations in many clergy sex abuse cases has passed, the Pennsylvania Legislature must enact legislation to extend or remove the statute of limitations so that victims may pursue a civil claim. Until then, the compensation funds may be the only method for clerical sex abuse victims to get cash recompense.

Feinberg and Bilos will assess each claim and make a compensation decision based on the following criteria:

Previously, dioceses in other states were required to pay clerical sex abuse victims. To date, more than $3 billion has been collected in child sexual abuse claims brought against Catholic dioceses in the United States. Some of the most recent settlements are listed here.

Our lawyers understand the sensitivity of these matters and have the necessary knowledge to assist victims in navigating the difficulties of such litigation. Contact us for a free, confidential legal consultation to learn more about launching a case against the Catholic Church.

How much money do sexual assault victims get?

A: Sexual assault victims are not entitled to anything in terms of compensation.

A: Unfortunately, the law in North America is complicated. Abuse victims can potentially sue their abusers under a theory of civil battery. A person who intentionally and unlawfully touches someone else without consent commits an act of assault, which can be taken to court for damages if filed as a lawsuit entitled in trespass to personal property (which claims that your bodily integrity has been violated). Its possible something like this could happen, but it would require extensive research into Canadian laws and litigation practices.