Charter, the largest cable TV provider in America is accused of using a “bait and switch” tactic to lure customers into buying internet service while they are still under contract.

The “class action suits against spectrum” is a lawsuit that has been filed by Charter Cable TV. The suit alleges that Spectrum engaged in “bait and switch tactics.” 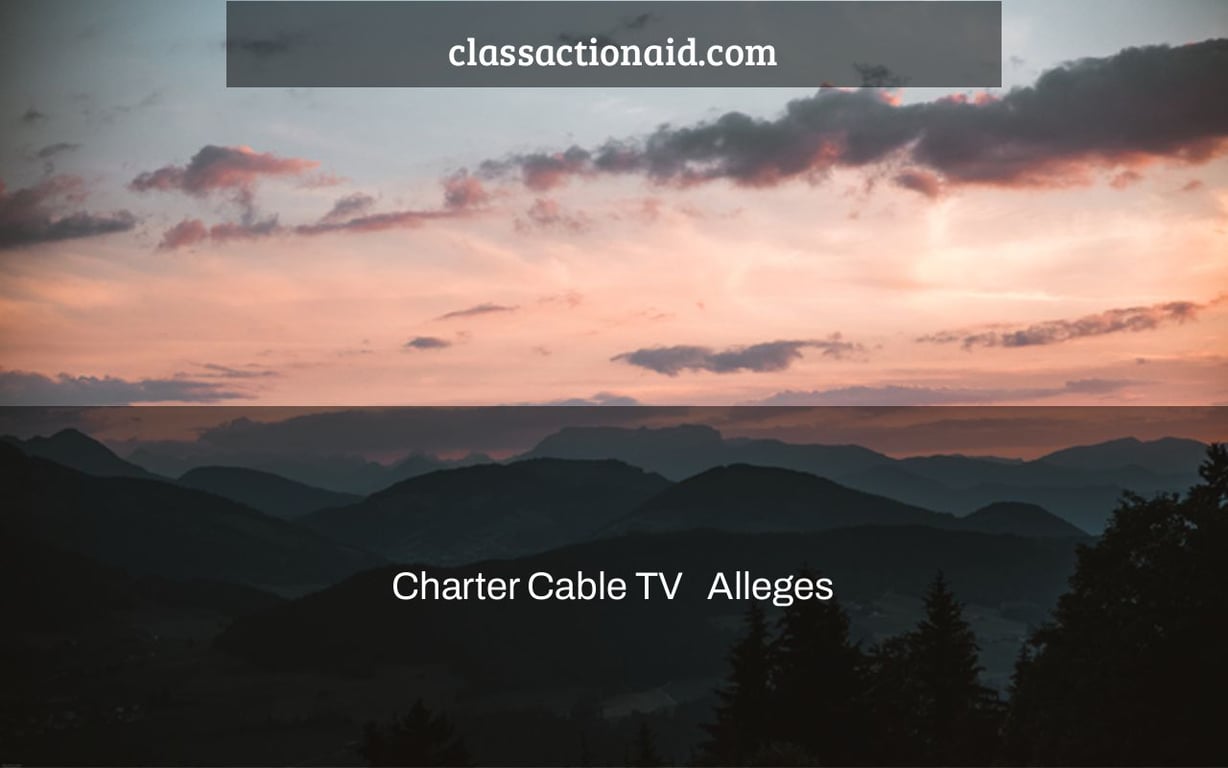 Customers of Charter Communications have filed a class action lawsuit alleging that the corporation deceived them about the price of its Spectrum cable television services.

Randall Byrne, David Kleuskens, Jerry Henry, Jason Weber, and Susan Foster-Harper filed the Charter class action case. These consumers claim to be from Ohio and Kentucky, and they all have a Charter Spectrum TV subscription.

The business is accused of fraudulently raising the monthly cost, charging hidden fees, reducing the amount of channels included in its bundles, and making it difficult for consumers to terminate their service subscriptions. According to the plaintiffs, they were all given a cheaper monthly fee that was then increased, despite what the business stated.

Customers all tell the same story about how the business used a “bait and switch” technique to get them to pay more than was promised when they chose to buy a membership.

In Henry’s case, he claims that Charter promised him a $150 per month flat special pricing for a cable bundle that includes Spectrum TV Select in May 2019. He claims that the business assured him that he would be charged this amount for at least a year, but that costs were raised just five months later. By October 2019, Henry claims that the business has increased his monthly cost by $1.51 by raising the Broadcast TV Surcharge.

The business allegedly marketed a Spectrum TV “Seasonal Plan” in December 2019 that would enable him to pay less per month to keep service at his Ohio home while spending the winter in Florida. According to the Charter class action complaint, despite the business advertising that the package would cost $9.99 per month, he was charged $23.40 per month after the company imposed an unannounced $13.50 per month “Seasonal Broadcast TV Surcharge” to his account.

Henry’s situation, according to the Charter cable TV hidden costs class action lawsuit, is far from uncommon. According to the allegations, the business has a pattern of promoting cheap prices but effectively charging consumers considerably more by tacking on hidden service costs.

Customers in the Charter cable class action complaint claim that when they complained about the fee, they were given a variety of contradictory explanations regarding the cost. They cite one client who claims that when he initially inquired about the Broadcast TV fee, Charter informed him it was a “tax” over which Charter had no control.

He claims he was given a different explanation the second time he phoned. According to him, Charter charges the extra because the local government paid Charter a price to broadcast certain channels. The client was reportedly informed by a Charter employee that the surcharge was Charter’s method of passing this government tax on to customers.

Customers in the Charter cable class action lawsuit, on the other hand, claim that this is not the case. They claim that the fee is really part of what Charter charges, but that it is hidden so that the monthly cost seems cheaper.

Consumers claim that the business misrepresents the surcharge in different ways throughout its advertising and deliberately encourages its employees to mislead to customers about the nature of the extra.

The consumers then went on to criticize Charter’s discounts, claiming that they are not genuine reductions. Charter allegedly promotes discounts by giving a specific percentage off the monthly cost, but this discount is essentially worthless since the basic monthly rate is deliberately raised, which simultaneously increases the reduced rate. This is done because the reduced rate is still a percentage of the full cost, but it is greater than the original dollar amount stated.

Customers allege that when they complain about the phony discount, the business says that the discounts have not changed despite the fact that the rates have increased.

Finally, consumers claim that they bought Charter cable TV services precisely because they expected particular channels to be included. However, the business is accused of deleting channels from consumers’ cable bundles and then informing them that they must pay more for channels that were previously included.

Have you ever had to pay extra for your cable or internet services? Please share your stories in the comments section below.

Charter Cable TV alleges that “spectrum communications” has been using bait and switch tactics to lure customers into new contracts.

Is there a class action lawsuit against Spectrum?

A: Yes, there are multiple lawsuits against Spectrum.

What is Spectrums cheapest cable package?

A: Spectrum is a cable company based in the United States. For more information about their programs, you can visit https://www.spectrum.com/en-us/rates

What equipment do I need for Spectrum cable TV?

A: Spectrum cable TV is a type of subscription-based television service. It offers digital channels, such as Netflix and HBO, in addition to its own on demand programming services. You will need an internet connection with at least 2Mbps upload speed to stream content from this service.