The latest sexual assault lawsuit settlements include $110 million, a record-breaking amount of money in the US. 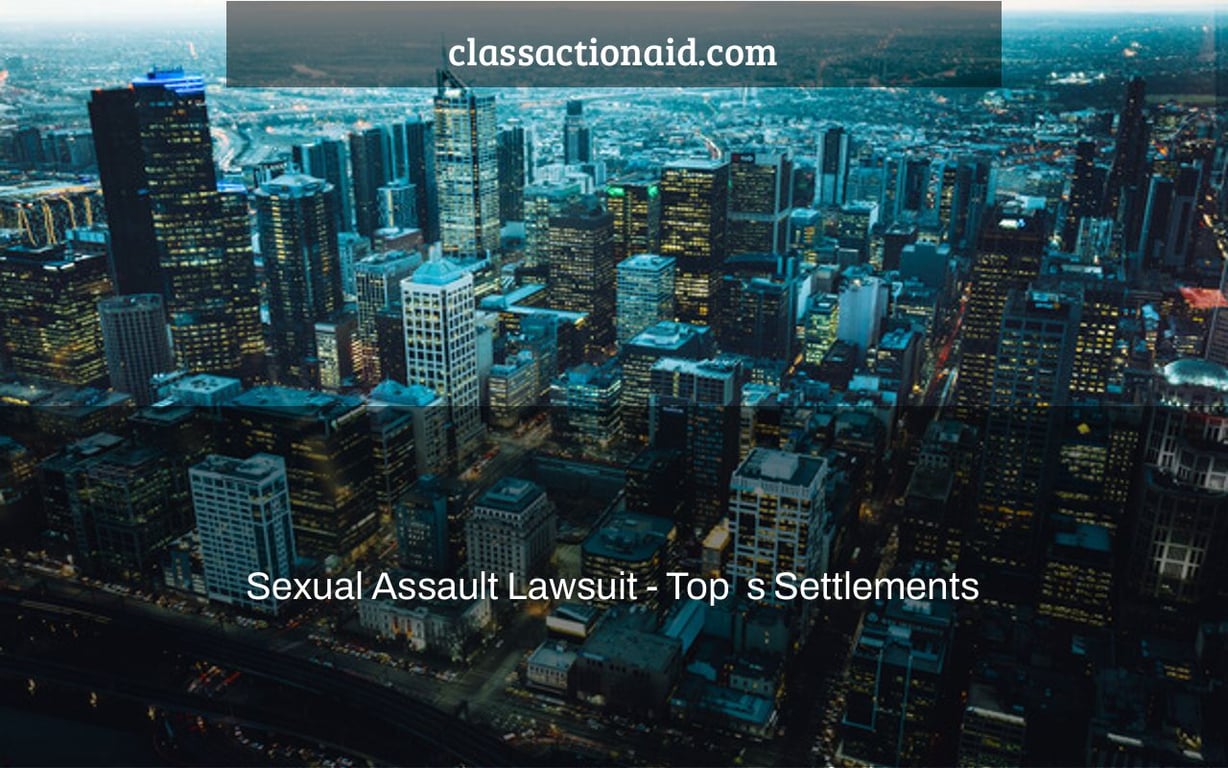 What is the definition of sexual assault?

Sexual assault is defined by the Rape, Abuse, and Incest National Network (RAINN), the nation’s biggest anti-sexual violence group, as “sexual contact or conduct that happens without the victim’s express permission.”

This includes rape attempts, unwanted sexual contact, forced sexual activities, coercion, and other forms of compulsion. Other sources include sexual harassment in the definition of sexual assault.

Sexual assault is a widespread issue in the United States and throughout the world, affecting people of all genders and ages, but especially young women in college. “Female college students ages 18–24 are three times as likely to suffer sexual violence than women in the general community,” according to RAINN.

According to RAINN, 7 out of 10 rapes are perpetrated by someone the victim knows, despite the fact that sexual assault is often presented in the media as random acts of violence.

People are often targeted in work, sports, medical, and academic contexts, according to data.

Continue reading: What Is Sexual Assault?

What Have Been the Most Recent Sexual Assault Charges?

Systemic sexual assault that has been going on for decades in a variety of organizations and sectors has just recently begun to come to light. This covers child abuse in the Catholic Church, Boy Scouts, schools, universities, and other settings where children were entrusted to people whom their parents trusted.

A $215 million settlement was reached with USC as a consequence of the litigation.

Between 1944 and 2016, almost 8,000 Boy Scout volunteers sexually assaulted children in their care, according to a study published by The New York Times. During that time, a total of 12,254 children were reported to have been abused.

Those who were sexually assaulted by Boy Scouts have also implicated them in lawsuits.

In addition to sexual assault tales from colleges like USC and MSU, there has been an upsurge in sexual assault cases filed against elementary and secondary schools, claiming that children were sexually assaulted by instructors and classmates at school.

Parents claim that schools have a legal obligation to protect their children from such damage.

Both private and public schools, as well as a variety of religious organizations—not only the Catholic Church, which has been at the heart of the religious sex abuse crisis, but many other religious institutions as well—have been mentioned in sexual abuse and assault cases.

What Are Your Options for Getting Help?

If you or a loved one has been sexually assaulted, there are a number of resources available to assist you. If you want to file a sexual assault case, you may contact a lawyer to seek financial recompense for the pain and suffering you’ve suffered. Of course, bringing a lawsuit will not make the agony of abuse go away, but it will assist to hold those involved accountable for their acts and inactions, including the offender and any institution that enabled the abuse.

Top Class Actions’ lawyers have extensive expertise bringing a variety of class action and individual cases, and they can help you decide which course of action is best for you. For a free consultation with a legal expert, fill out the form on this page.

What Kind of Compensation Could You Get in a Sexual Assault Lawsuit?

If you were the victim of sexual assault, you may be entitled to compensation for the physical and mental harm you suffered.

The amount of compensation for a sexual assault lawsuit depends on the circumstances of your case, so it’s important to speak with a competent sexual assault attorney about the specifics.

Read more: Sexual Assault Statistics Show That Most Victims Are Aware of Their Assailant

The “lawsuit compensation” is a list of the top settlements. The list includes the name, location, and amount of money that was paid out to victims by companies in sexual assault cases.

Which branch has the most sexual assault cases?

A: The military branch with the most sexual assault cases is the Air Force.

What percentage of sexual assault is unreported?

A: It’s hard to say how many sexual assaults go unreported because there is no single source of data. However, according to the National Sexual Violence Resource Center it’s estimated that 80% of rape victims are women and 75-80% are children under 18 years old.

A: TopClassActions is an online service that provides a platform for users to take part in the most popular and sought after exchange offers.