Propecia, a drug used to treat hair loss in men, has been linked with serious side effects. These include baldness and sexual dysfunction which are not reversible. With the risks of Propecia so high for many people who use it daily, some experts suggest using generics as an alternative. 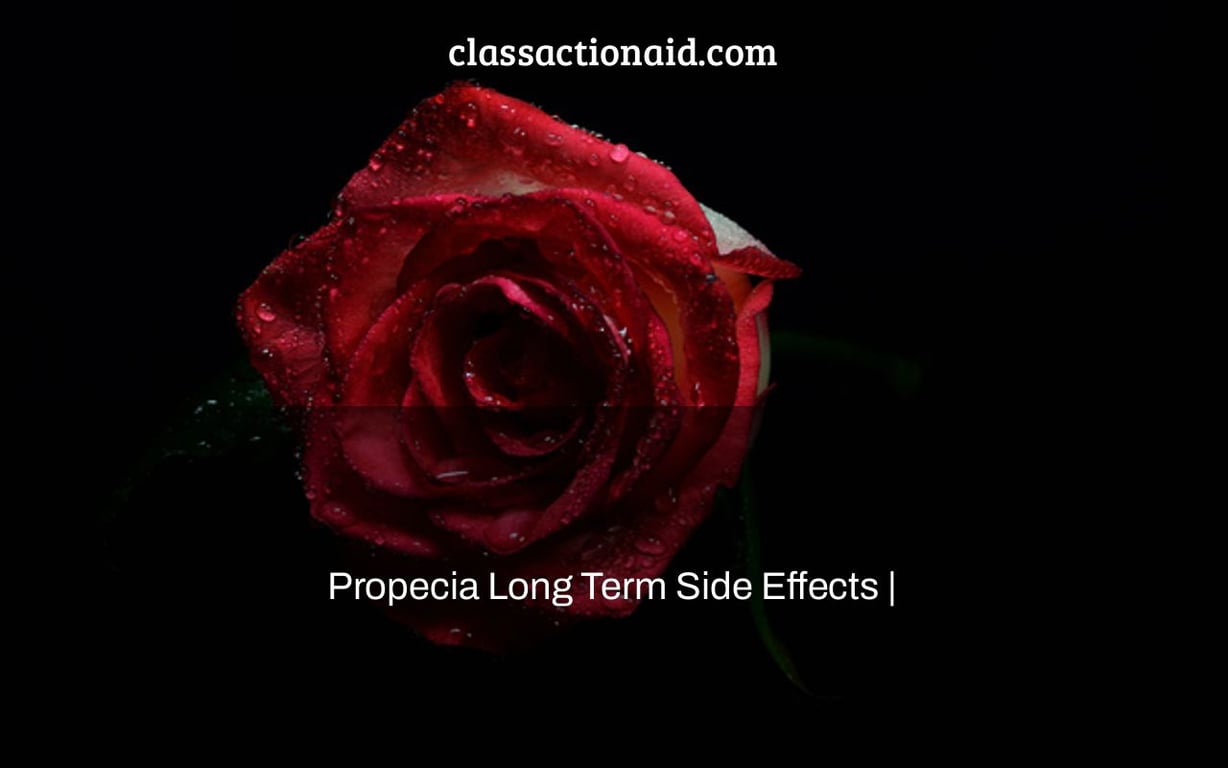 Merck & Co.’s Propecia (finasteride) is a drug that is used to treat male pattern baldness (MPB). (Since 1992, a new kind of finasteride called Proscar has been used to treat enlarged prostates.) Propecia was authorized by the FDA in 1997, and over one million men have been given it since then. After six months of medication, Propecia has been demonstrated to reduce hair loss in the majority of men.

Reduced libido, impotence, erectile dysfunction, and ejaculation abnormalities are among the major and potentially permanent adverse effects of Propecia. The FDA didn’t start warning about these possible adverse effects until 2012, fifteen years after Propecia was approved.

As a consequence, almost 1,400 lawsuits have been brought against Merck, the manufacturer of Propecia. The majority of these lawsuits have been merged into multi-district proceedings (MDLs). The first cases will go to trial in September 2017, although they will most likely be resolved before then.

Merck & Co. is a pharmaceutical conglomerate based in the United States that was formed in 1917 by George Merck. Its sales in 2015 was $39.5 billion, making it one among the world’s most lucrative pharmaceutical businesses.

The arthritis drug Vioxx, the river blindness treatment Mectizan, the osteoporosis prescription Fosamax, and, of course, Propecia and Proscar are among its most well-known products.

Merck, like many other Big Pharma companies, has a history of dubious ethical and commercial practices, particularly when it comes to Vioxx:

Given its shady past, it’s hardly surprise that Merck is now facing 1,240 lawsuits over Propecia—and will very certainly have to pay hundreds of millions of dollars to resolve these complaints.

Propecia is an androgen blocker (or antiandrogen) that reduces androgen in the scalp and prostate by inhibiting the formation of dihydrotestosterone (DHT). After six months of treatment, this reduces the size of the prostate and may reduce hair loss by up to 30%. (Propecia only works while it’s in your system.)

DHT stimulates the GABAA receptor, and decreased GABAA activity has been associated to sexual dysfunction (among other side effects). Propecia raises the risk of impotence, erectile dysfunction, and other sexual adverse effects in males by inhibiting DHT production. (Propecia is ineffective in women.)

The FDA finally recognized the elevated dangers in 2012, after Propecia had been on the market for 15 years.

Proscar, a Merck medicine intended to treat an enlarged prostate that was authorized by the FDA in 1992, was the first version of finasteride. (Proscar has five times the amount of finasteride than Propecia.)

Finasteride was authorized by the FDA for the treatment of male pattern baldness five years later, in 1997, and Merck patented Propecia for this use. Merck’s initial Propecia patent expired in 2006, but it was given a new one that will continue until 2013.

Following repeated complaints of sexual dysfunction in patients and pressure from Swedish medical authorities, Merck amended the label on the Swedish version of Propecia in 2008 to include a warning about possible long-term sexual adverse effects.

A study published in the Journal of Sexual Medicine the same year found that up to 38% of men on Propecia might develop sexual adverse effects.

Merck amended the labelling on Propecia in the UK and Italy in 2009 and 2010 to indicate the possibility of long-term sexual adverse effects—but not in the United States.

Propecia received a warning from the FDA in 2011 that it might raise the risk of prostate cancer.

The FDA didn’t provide a warning concerning long-term sexual adverse effects induced by Propecia until 2012, fifteen years after its approval and four years after the Swedish label update.

Patients started bringing lawsuits against Merck for failing to notify customers about the hazards of using Propecia after the FDA changed the label.

Approximately the course of time, over 1,400 cases would be filed.

Scientists have compiled a large body of evidence suggesting a substantial association between Propecia and sexual dysfunction, which is typically irreversible. The following are some of the research that support this link:

It’s painfully evident from the above (and other research) that Propecia increases the likelihood of sexual dysfunction in males, even months and years after they stop taking it. Hundreds of them have filed lawsuits.

Over 1,400 lawsuits have been brought against Merck over Propecia’s negative effects since 2011. Hundreds of them have been combined into multi-district litigations for practical reasons (MDLs). They were supposed to go to trial in the fall of 2016, but that was moved out to September of 2017. (For further details, read our Propecia Lawsuit page.)

Merck is most likely to settle all of these cases. Cases like this rarely seldom get to trial, and they’re all the more compelling since Merck admitted as early as 2008 (in its Swedish labelling) that Propecia might have long-term sexual adverse effects.

Plaintiffs often claim damages for a combination of the following:

In the instance of Propecia, damages might include pain and suffering as well as medical expenditures.

The “propecia side effects reddit” is a discussion about the long-term side effects of propecia. The article discusses the potential side effects, which include depression and sexual dysfunction.

Does Propecia have long term side effects?

A: No, Propecia has no long term side effects.

Does finasteride have long term effects?

A: The long term effects of finasteride can include sexual dysfunction, difficulty in maintaining an erection, and decreased libido.

Is long term use of finasteride safe?

A: It is not yet clear what the long-term side effects of finasteride may be. Some people have reported that they experience erectile dysfunction after taking the medication for a few years, although this does seem to return to normal with time and possibly stop altogether within 5 – 10 years.