The Power Pressure Cooker XL is a pressure cooker that can withstand pressures up to 75 psi, which means it can be used in high-pressure cooking. It features 12 built-in safety mechanisms and comes with an easy handbook for how to use the device as well as instructions on what foods are safe for this particular model of appliance. 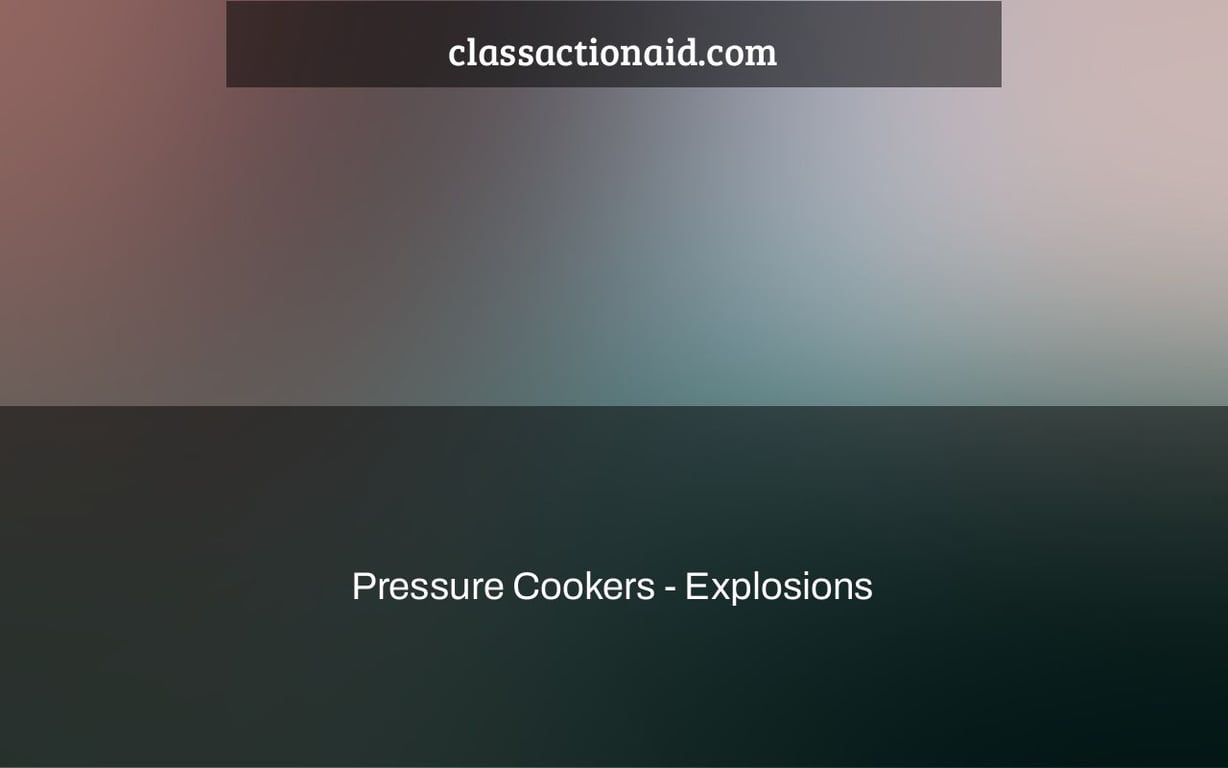 While in use, pressure cookers are prone to bursting and spewing their hot contents all over the place.

Pressure cookers are popular kitchen appliances that promise to cook food quicker and more compactly than a stove or oven. Despite the fact that they have been around for decades, they have recently gained in favor.

The convenience of pressure cooking isn’t without its drawbacks. The gadgets have a high risk of exploding and spewing their hot contents all over the place. When this occurs near a home cook’s pressure cooker, they’re generally on their way to the hospital to be treated for serious burns.

The Power Pressure Cooker XL from Tristar is particularly dangerous, having resulted in multiple hospitalizations due to second and third-degree burns. Attorneys from ClassAction.com have filed two cases against Tristar.

Back in the 1950s, pressure cookers were all the rage. 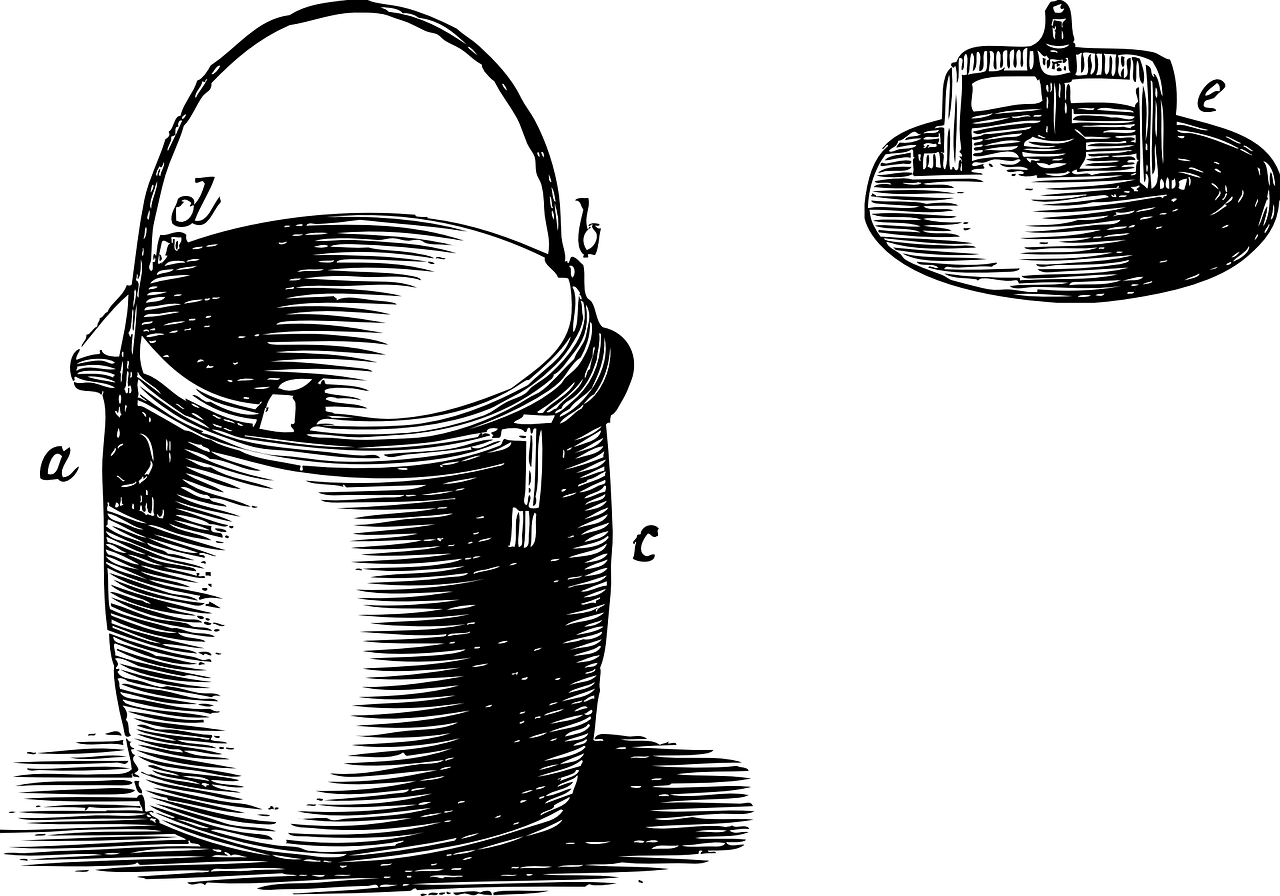 Pressure cooking has been around for almost three centuries. Denis Papin, a French scientist, created the first pressure cooker in 1679.

At the 1939 World’s Fair, the pressure cooker as we know it today was first presented to the general public. In the 1940s and 1950s, the gadget was a popular product, ranking among the most lucrative kitchen appliances at one point. However, in the late 1950s, when cheap and dangerous variants were offered, and the device’s risk of exploding became well-known, its popularity dwindled.

However, in recent years, there has been a comeback in the use of this cooking technique. Pressure cooker enthusiasts say that modern safety features like as automated shut-offs, locking mechanisms, and pressure-release valves, which their predecessors lacked, make them safer than prior generations.

Pressure cookers, however, still spew hot food even when these features are enabled and the equipment are operated appropriately. Customers have complained to the Consumer Product Safety Commission about Tristar’s Power Pressure Cooker XL, claiming that the airtight seal may unlock on its own and the pressure-release valve can malfunction (forcing the user to remove the lid with a high amount of pressure still inside).

In the Boston and New York City bombings, pressure cookers were used.

To shorten cooking periods, pressure cookers employ steam within a sealed container. A rubber gasket serves to form an airtight seal on the lid, preventing steam from the boiling water in the pressure cooker from escaping. The temperature inside might reach 250 degrees Fahrenheit in this way.

Modern pressure cookers typically have a pressure of 15 pounds per square inch. This is enough pressure, according to Popular Mechanics, to destroy human lungs. This rubber seal, if damaged, may cause the lid to fly off prematurely when the temperature and pressure are at their highest.

“Pressure cookers are simple to get, simple to configure, and risky to begin with,” says the author.

Pressure cookers have increasingly made news for reasons other than kitchen disasters. The devices were used in both the Boston Marathon and the New York City Chelsea Bombings. To make the already perilous product even more lethal, the pressure cookers were packed with shrapnel and explosives instead of food. When a pressure cooker is fired, the pressure that builds up within causes an explosion three times more dangerous.

According to the article in Popular Mechanics, pressure cookers are utilized for explosives because they are “simple to buy, easy to alter, and deadly to begin with.”

A toddler’s leg is amputated after a pressure cooker explosion.

Pressure cookers are hazardous not just because they might explode, but also because of the consequences of such explosions. A searing hot soup or broth explosion is a hospitalization waiting to happen.

The most frequent injuries caused by pressure cookers are burns. The severity of these burns varies depending on the temperature of the food and the distance a person is from the pressure cooker. Third-degree burns, which leave lifelong scars and need physical treatment and rehabilitation, have been the consequence of some very catastrophic events.

In September 2015, a very serious occurrence happened in Florida. A pressure cooker bursting next to a two-year-old bathing in the kitchen sink. She had second and third-degree burns on 60% of her body, which led to complications that necessitated the amputation of her fingers, right leg, and left toes.

Floridians are being sent to the hospital thanks to Tristar’s pressure cooker.

The Tristar Power Pressure Cooker XL is currently one of the most hazardous pressure cookers on the market. The product has been featured on TV infomercials and is available at major shops such as Wal-Mart and Bed Bath & Beyond.

Tristar boasts in a special ” target=” blank”>safety film that they “developed the device for absolute safety.” They highlight features such as the lid safety lock, which stops the lid from opening until the pressure has been released. Despite these attributes, the product is far from secure.

Patricia and Luke Mancuso made spaghetti sauce for the first time in September 2015, using their Power Pressure Cooker XL. Both of them were quickly drenched in the sauce after checking on it, resulting in second and third-degree burns on their arms, thighs, feet, and hands.

The Mancuso Complaint may be found here.

Dustin Bagwell of Titusville, Florida, was also harmed by Tristar’s faulty product. Mr. Bagwell used his just four-month-old Power Pressure Cooker XL to thaw a chicken on March 21, 2016. He knew how to utilize the equipment properly: Mr. Bagwell chose cancel and removed more pressure once it completed and went into standby warmer mode. The gadget, however, detonated without warning when the lid was gently turned.

Mr. Bagwell had first and second-degree burns on his belly and upper thighs as a consequence of the explosion’s hot contents flying into him. He was treated at the Parish Medical Wound Center for over a month for wound therapy and debridement (a process that removes dead tissue).

Attorneys from ClassAction.com filed complaints against Tristar and the shops that sold them (Bed Bath & Beyond and Wal-Mart).

Manufacturers of pressure cookers should be held accountable.

You may be eligible to compensation if you were burnt by a pressure cooker explosion. ClassAction.com’s slogan is “for the people, not the powerful,” and we’ve successfully recovered more than $2 billion as a result. For a free, no-obligation legal consultation, contact us now.

The “how to avoid pressure cooker accidents” is a very important topic. It’s not just about the safety of your family, but also about how to avoid injury or death.

Is it possible for a pressure cooker to explode?

A: There is a possibility that it can explode, but the probability of this happening is very low.

What causes pressure cookers to explode?

A: There are a number of factors that can cause pressure cookers to explode. Some may be due to the type, size, or design while others may have more complex causes like an error in manufacturing process causing an imbalance between air and liquid inside the pot which leads to overpressure within it.

How likely is it for a pressure cooker to explode?

A: The most likely cause of a pressure cooker exploding is when the lid to the pot isnt secured. If youre using an aluminum or copper stockpot, its not very likely for this to happen and if you are using a stainless steel stockpot that has been properly seasoned before use, then it should be safe from such accidents.