Juul is the best-selling e-cigarette brand in the United States and Europe. With a focus on social media, it has redefined what vaping can be–for both adults and youth alike. However, Juul’s popularity comes at a price: lawsuits from states such as Florida have shown that lax regulation of nicotine could lead to crippling addiction rates for users who are not prepared for withdrawal symptoms.,

Juul Vaporizers are a type of e-cigarette, which can be used to vaporize e-liquids. Juul pods are the disposable cartridges that come with each device. 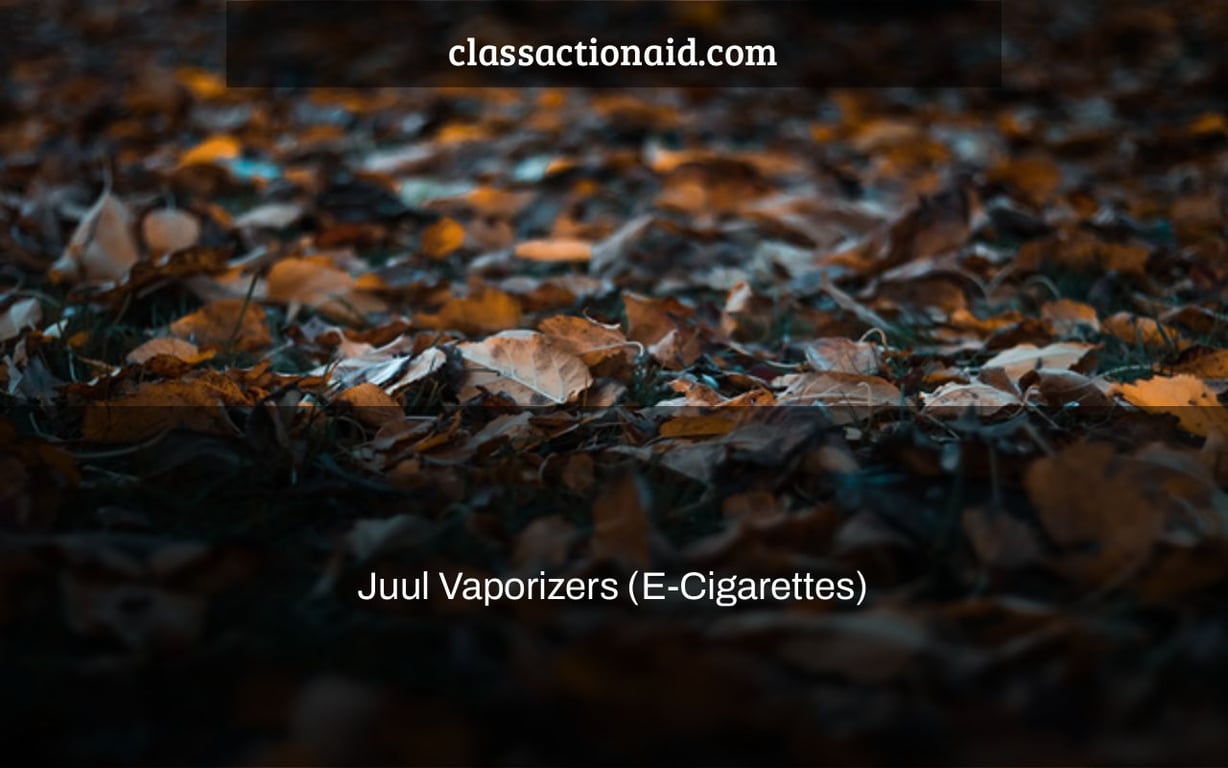 How Does a Juul Work? Uses & Health Risks

Juul vaporizers (often referred to as vapes or e-cigarettes) have swiftly become one of the most popular methods of smoking in the United States. There are a variety of e-cigarette brands and makers, all of which have had varied degrees of success, but Juul is now leading the field.

Juul e-cigs function by heating flavored oils in sealed, single-use Juulpods to produce a vapor that the user inhales. The compact, slickly designed gadgets, which are approximately the size of a USB stick, are advertised as a safer, more convenient, and pleasurable alternative to conventional cigarettes. The declared purpose of Juul is to “better the lives of the 1 billion adult smokers throughout the globe by eliminating cigarettes.”

Even though e-cigarettes are safer than traditional cigarettes, vape oil still contains nicotine, which is extremely addicting. Many of these oils also include chemicals that are ordinarily harmless but may be dangerous when vaporized and breathed. Juul also advertised its e-cigarettes and oils for years without alerting consumers about the risks, including neglecting to disclose that its oils contained nicotine.

Nicotine isn’t just a blip on the radar.

Smoking regular cigarettes has the biggest health hazards due to components and compounds other than nicotine, although the effects of nicotine inhalation should not be overlooked. Nicotine is harmful in and of itself; it may raise blood pressure and blood sugar levels, induce ulcers, and even encourage plaque accumulation on artery walls, among other things.

On a chemical level, nicotine is also very addictive. Users rapidly acquire a dependence on it, and if they stop taking it, even for a short time, they will experience physical and mental withdrawal symptoms. Breaking a nicotine addiction may be a difficult and costly procedure that may include a stay in a treatment center for recovery or rehabilitation.

Juul oils have substantially stronger nicotine levels than their e-cigarette counterparts. This, according to the business, is to make the experience more like smoking a regular cigarette, making the switch to what it claims is a healthier option easier.

Adults who want to give up traditional cigarettes and their cancer- and lung-disease-causing chemicals and toxins may find that switching to vapes like Juul is a good trade-off (although the U.S. Food and Drug Administration has not approved e-cigs as a tobacco-quitting method). Is it, however, acceptable for children and teenagers to use them?

Because vaporizers aren’t exclusively for adult smokers. Juul and other e-cigarette brands have been popular among middle and high school students and teenagers, with the CDC projecting that 3.5 million of them used an e-cigarette at least once in 2018. As a result, non-adult users are believed to have played a significant role in Juul’s success. And Juul has been a huge success, with the Altria Group, the parent company of Marlboro cigarettes, investing $38 billion in the startup.

Nicotine is bad for kids’ and adolescents’ health, and being addicted to it means they’ll have to pay for a costly habit for the rest of their lives unless they go through the difficult process of quitting. According to some research, 90 percent of adolescents and teenagers are unaware that e-cigarette liquids include nicotine or other dangerous substances, and many believe they are just inhaling tasty flavored vapor.

Did Juul have any idea?

Juul may not have effectively warned customers about the health dangers associated with their product. In reality, the fact that it contains nicotine was not disclosed on the package until November 2018.

Was Juul aware of the large number of young individuals who used its products? It was, according to the evidence. According to a Stanford University research, most of Juul’s advertising targeted adolescents and teenagers between 2015 and 2018. Furthermore, the corporation has produced or continues to sell varieties of their vaporizer oil that appeal to younger palates.

It’s a noble objective to try to persuade 1 billion adult smokers to give up cigarettes, but it’s not worth it to get the next generation of adults hooked to alternative sources of nicotine.

Dealing with the Repercussions

Morgan & Morgan has filed a class action lawsuit against Juul for knowingly advertising to children and teens. But the company’s misstep has consequences that potentially go way beyond improper advertising.

Across the nation, millions of people are addicted to nicotine, a poisonous chemical that physically harms those who are enslaved by it. Many of them may have developed this unpleasant and harmful condition as a result of smoking a Juul vape when they were 18 or younger, believing it was cool or delicious but not realizing it contained a possibly life-altering substance.

It’s possible that the negative consequences aren’t restricted to nicotine addiction. E-cigarette users have been reported to develop seizures and other illnesses.

Cigarette regulations at the federal, state, and local levels are trying to keep up with the vaping craze, and several communities are exploring legislation to raise the age of purchase for e-cigarettes. However, the harm has already been done.

If you or someone you know used Juul before turning 18 and before November 2018, and acquired a nicotine addiction or was otherwise damaged, you may be eligible for compensation. Please get in touch with us right away for a no-cost, no-obligation consultation.

The “e cigarette vs vape” is a debate that is ongoing. Juul Vaporizers, or e-cigarettes, are becoming more popular in the United States and around the world. The debate has been going on for a while now, with many people arguing about whether vaping is safer than smoking cigarettes.

What is the difference between vaping and JUULing?

A: While vaping and JUULing are both the process of inhaling vapor, they have different methods. Vaping uses a battery-powered device in order to heat e-liquid into an aerosol that is then breathed in by the person who vapes. A JUUL relies on preheating metal coils with just enough e-juice so that it creates vapors but not so much as to create smoke or burn them out; this method is also known as sub ohm vaping.

Which is better vape or JUUL?

A: Vaping is a safer form of smoking. JUULs are batteries, which can be dangerous because they have the potential to overheat and explode.

Are JUUL e-cigarettes bad for you?

A: While some people claim that JUULs are bad for you, many others disagree saying theyre not as harmful. Theres no conclusive evidence either way on their health effects so it might be best to wait before making a decision.