Johnson & Johnson, a pharmaceutical giant that makes products such as Neosporin and Tylenol, was sued by over 3,000 women who alleged the company failed to warn them of increased risk for birth defects. The jury ruled in favor of the plaintiffs which means Johnson & Johnson is on the hook for $25 million in damages.

Johnson & Johnson is a company that has been around for over 130 years. In the last year, they have been sued by plaintiffs who are seeking $150 million in damages. The company has lost this case and must pay out the amount of money owed to the plaintiffs. Read more in detail here: johnson & johnson. 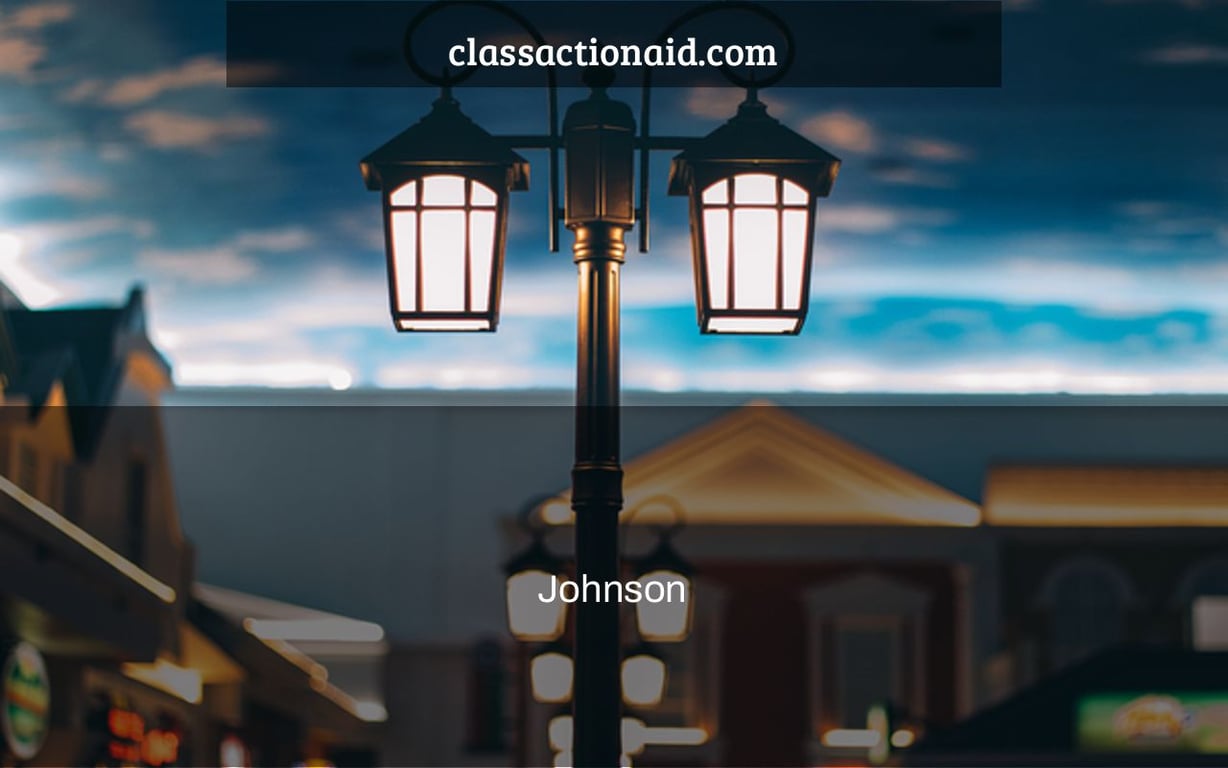 The pharmaceutical behemoth Johnson & Johnson is still reeling from a slew of legal and financial setbacks in 2016. A slew of judgment verdicts and settlements have cost the corporation hundreds of millions of dollars and significantly harmed its public image.

J&J is juggling three massive legal challenges at the same time, and the strain is reflected in both its courtroom performances and its financial account.

Take a look at our J&J infographic.

J&J will try to move talc cases out of St. Louis once again.

Following three large wins for plaintiffs who claimed they got ovarian cancer from using Johnson & Johnson’s talc-based products, the company is attempting to relocate talc lawsuits out of Missouri in the future. They attempted this earlier, in August of last year, claiming that the corporation and plaintiffs had no links to the city of St. Louis. The request was denied by the court.

Deborah Giannecchini received the most recent jury award in October, for $70 million. Gloria Ristesund had been granted $55 million by a Missouri jury five months before.

In February 2016, the family of Jacqueline Fox, a woman who died of ovarian cancer after a lifetime of using Johnson & Johnson’s Baby Powder for feminine hygiene, received the first major victory for plaintiffs. Ms. Fox’s family won $72 million in the settlement.

More than 1,000 talcum powder cases are filed in St. Louis, with another 200 pending in New Jersey courts.

“If I were representing them [Johnson & Johnson], I would say, people, we need to sit back and regroup and start attempting to settle these lawsuits,” attorney Jere Beasley, whose company filed the three Missouri cases and hundreds more, told Fortune.

However, as of this writing, J&J seems to be more concerned with maintaining its image as a wholesome family business than admitting fault and compensating the hundreds of women who claim to have developed ovarian cancer as a result of using talc products.

Another Risperdal lawsuit is settled by J&J, avoiding a trial.

Talcum powder isn’t the only Johnson & Johnson product that has resulted in a slew of lawsuits. Many young boys have supposedly developed breasts as a result of the antipsychotic medicine Risperdal, a condition known as gynecomastia. Hundreds of these guys have brought Risperdal cases against J&J, and they have had a lot of success thus far.

In July, a jury in Philadelphia awarded Andrew Yount a whopping $70 million, saying that J&J had not only failed to warn Mr. Yount about the hazards of taking Risperdal, but also had suppressed or destroyed evidence relating to the case. Mr. Yount, a Tennessee resident, began taking Risperdal at the age of five.

J&J was found guilty of concealing or destroying evidence in the Andrew Yount case by a Philadelphia jury.

Mr. Yount’s victory was the latest in a long line of victories for Risperdal victims. In November 2015, Nicholas Murray received $1.75 million, while Austin Pledger received $2.5 million in February 2015.

Perhaps still smarting from all of those setbacks, Johnson & Johnson struck an undisclosed settlement earlier this month in a Risperdal lawsuit brought by a man who began taking the medicine at the age of seven to control the symptoms of Asperger’s syndrome. The plaintiff acquired permanent gynecomastia, according to court filings.

J&J has chosen to settle hundreds of Risperdal lawsuits without going to court.

A Justice Department investigation into Johnson & Johnson’s promotion and marketing of Risperdal resulted in a $2.2 billion fine in November 2013. This was one of the highest penalties in pharmaceutical history in the United States.

In the United States, there are now 1,500 Risperdal litigation pending.

The most costly legal case, however, is on Johnson & Johnson’s faulty hip implants. J&J paid out an estimated $4 billion to resolve thousands of lawsuits related to their Depuy ASR implants in 2013.

However, that model isn’t the only one causing sufferers discomfort and J&J headaches. The Pinnacle hip implant from Johnson & Johnson has sparked 8,400 claims, the great majority of which are now ongoing in multi-district litigation (MDL).

A jury awarded plaintiffs $500 million in damages in a bellwether Pinnacle case that just went to trial.

However, one bellwether case just went to trial, and a jury awarded $500 million in damages to five plaintiffs. (The judgement was eventually reduced to $151 million by a Texas court.) In September, a bellwether Pinnacle trial proceeded to court; no judgment has been announced as of yet. Legal experts believe that if J&J suffers another setback, it will be forced to settle the remaining 8,400 lawsuits.

Please contact us right away if you or a loved one has experienced unintended bodily or financial injury as a result of Johnson & Johnson hip implants, talc products, or the medicine Risperdal. Don’t put it off; you could be eligible for compensation.

Johnson & Johnson, a company that makes products for babies and children, has been sued by parents of children who have used their products. The plaintiffs claim that the company’s products caused their children to develop cancer and other life-threatening illnesses. Reference: johnson & johnson products.

A: Johnson is the co-founder of Beat Saber.

What are Johnson & Johnson products?

A: The Johnsons are owned by the United States.