The new bill, passed in the House of Representatives on September 11th and currently awaiting Senate approval, would allow victims’ families to sue Saudi Arabia if they believe certain events leading up to 9/11 were aided by a foreign state such as Saudi Arabia. The 9/11 law is one of many bills that have been introduced due to alleged ties between bin Laden and al-Qaeda with the then ruling Saud family. This article looks at how this bill has come into play after years of accusations without any formal charges being filed against Riyadh. 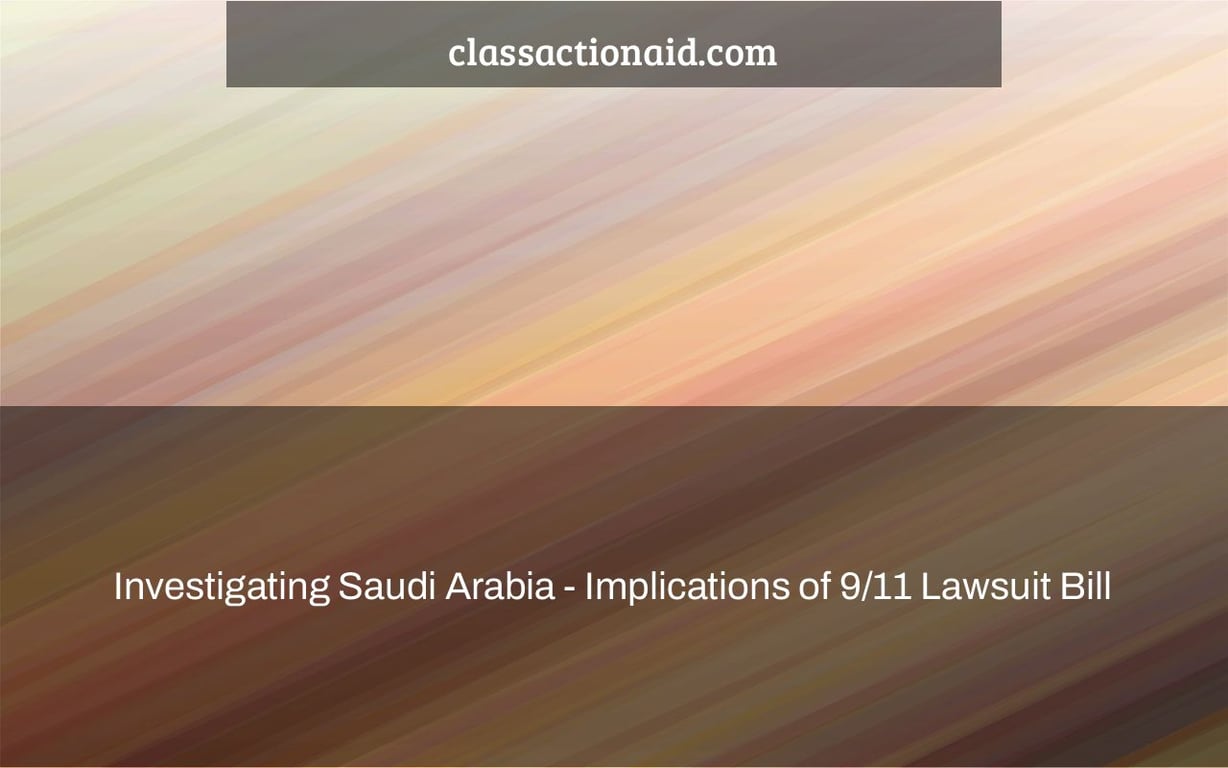 With the enactment of the Justice Against Sponsors of Terrorism Act (JASTA), which allows victims of terrorism to sue foreign governments accountable, a flood of concerns and predictions arose regarding what would happen if Americans sued Saudi Arabia for 9/11.

We chatted with Walters, Lee, a legal investigator with Morgan & Morgan’s Whistleblower team, to better understand the bill’s possible consequences and the ins and outs of probing foreign governments. His expertise compiling evidence and getting facts from witnesses while working with qui tam lawyers like James Young and federal prosecutors aids whistleblowers in recovering public money.

Lee formerly worked for the FBI as a Supervisory Special Agent, making him particularly suited to comment on and handle complicated investigations such as those involving JASTA. He investigated healthcare and bank fraud, public corruption, and breaches of the Foreign Corrupt Practices Act throughout his 24 years with the agency.

JASTA permits individuals to sue foreign governments for terrorist activities committed on American territory. Is there any precedence for this kind of situation?

There is, indeed. The bombing of Pan Am Flight 103 by operatives working for Libya is one example. Under the Foreign Sovereign Immunities Act, Bruce Smith, a Pan Am pilot who lost his wife on the flight, launched a lawsuit against Libya.

The action was first rejected in federal court on the grounds that Libya was a sovereign state with immunity under federal law. The case was permitted to proceed after pressing Congress to modify the statute, and Libya eventually paid a $2.7 billion payment to the victims of the terrorist attack.

Investigating a foreign government might be difficult for an investigator since it can be difficult to get the kind of evidence that are often requested. An investigator seeking evidence such as financial records, internet conversations, or internal written documents may face hurdles from a foreign authority.

The key to success in these investigations, like in any investigation, is to establish connections with those who can offer access to the information needed.

Do you believe Saudi Arabia’s relationship with the United States will have an impact on judicial proceedings?

I don’t think so. JASTA makes no reference of Saudi Arabia in any of its provisions. After the president’s veto was defeated with bipartisan backing, Congress agreed to a $1.15 billion weapons sale to Saudi Arabia as a gesture of goodwill.

“Any cases filed under JASTA will require [Saudi Arabia] to comply to some extent.”

Saudi Arabia must speak out politically, but in order to retain the type of relationship with the US required for the monarchy’s survival, they must comply to some extent in any litigation launched under JASTA.

Is there sufficient declassified evidence to build a case against Saudi Arabia?

I believe the House Intelligence Committee’s 28-page report on Saudi Arabia’s role in the 9/11 attacks, issued in July of this year, is quite damning and a good start.

According to the study, Omar al-Bayoumi, who some speculated was a Saudi intelligence operative, received considerable quantities of money from the Saudi government and gave major assistance to two of the hijackers when they lived in San Diego.

It also identified two Saudi citizens, Mohammed al-Qudhaeein and Hamdan al-Shalawi, as practicing for the 9/11 assault on a flight from Phoenix to Washington, D.C. in 1999, which had to make an emergency landing after al-Qudhaeein attempted to access the cockpit twice. Both guys informed the FBI that their flights were paid for by the Saudi embassy in Washington, D.C.

This is only one piece of declassified material that has been made public, and I expect more to follow.

Is the US government likely to cooperate during the 9/11 cases’ discovery process? Is the government’s involvement required in these cases?

To some degree, I believe the government will comply. I say this because JASTA was supported by both political parties, and no one in either party wants to be seen as soft on terrorism.

Of course, the US government will not divulge methods and tactics during the discovery process, but it may provide material that is sufficiently redacted to preserve the information while providing the sorts of facts required to win a civil action.

The government’s engagement will not guarantee victory in many circumstances, but it will greatly increase the chances of success if it does. Information may be gathered without the involvement of the government, but the quality of that information will be determined by an investigator’s ability to create connections with human sources who have access.

What impact do you believe JASTA will have on future litigation?

Opponents of JASTA claimed that the bill will lead to retaliatory litigation by foreign nations against US people, although this has yet to be shown.

“JASTA’s passage provides some legal redress and, in the end, closure.”

JASTA, I believe, offers a framework for aggressive legal firms like Morgan & Morgan to act on behalf of the numerous victims of state-sponsored terrorism, which seems to be a problem with no end in sight. I’m sure there’s nothing more heartbreaking than losing a loved one to state-sponsored terrorism and feeling helpless. Thankfully, the passage of JASTA provides some legal redress and, in the end, closure.