In the United States, servers are not guaranteed to receive a minimum wage. Bartenders have had their tips stolen by managers who pool them for themselves and sometimes even pay lower wages than promised. An effective solution is tip-pooling: giving money that would be given directly to servers in order to ensure they earn at least the federal tipped minimum wage of $2.13 per hour instead of having it taken from them via pooled payrolls or withheld taxes. The problem with this practice is its lack of transparency; there’s no way tell exactly how much an individual server actually receives in tips because employees often aren’t allowed access to make changes on their own time sheets without management approval.

The “tip pooling policy template” is a document that outlines the policies of how tip pooling works in restaurants. It also includes the legal ramifications of such a policy. 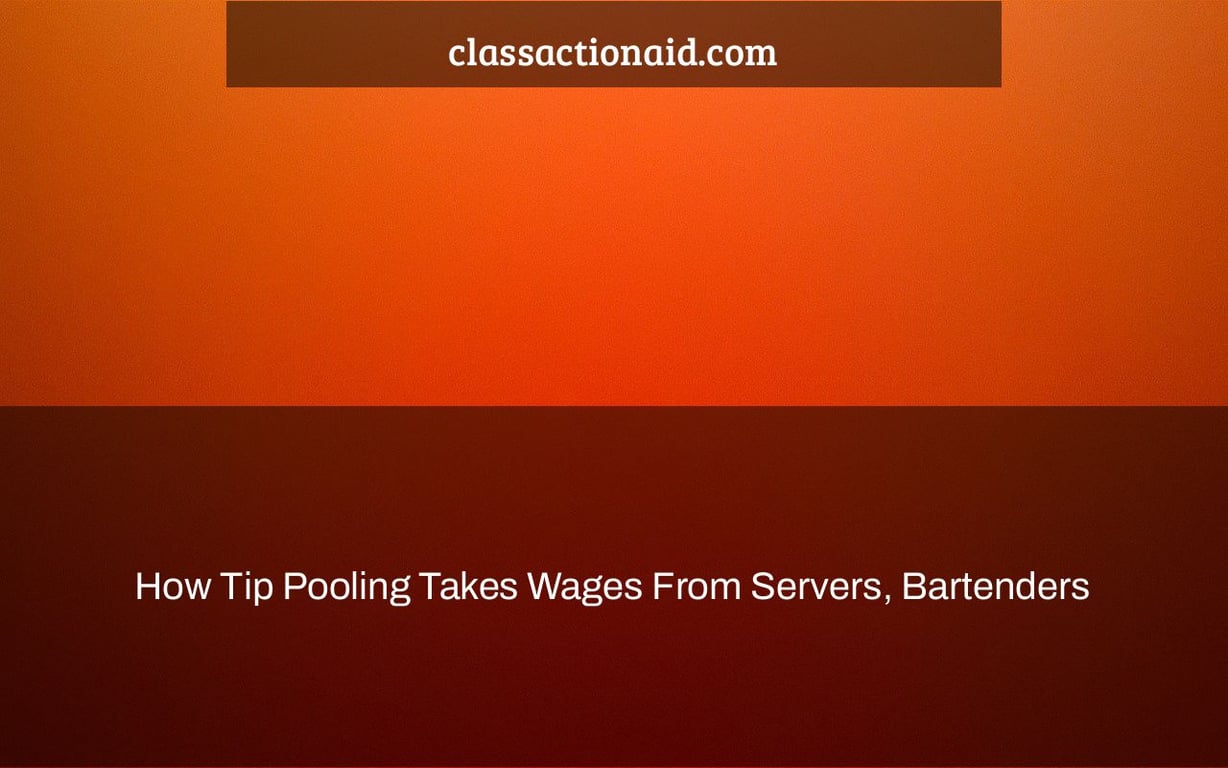 Servers and bartenders at restaurants and bars don’t earn much money – at least not before tips. Their hourly wage is lower than that of other employees. since tips are meant to make up the majority of their revenue That isn’t always the case, however.

This isn’t due to consumers who don’t tip; it’s due to companies who deduct money from their employees’ paychecks.

Wage theft is an issue in many businesses, but restaurants, whether they employ inexperienced waiters or seasoned servers, may be a breeding ground for shady practices. Tip pooling, tip sharing, tipping out, tip credits, and service charges are all terms used to describe these activities.

An employer’s personal rules may be named in an infinite number of ways. However, there are situations when they are just concealing criminal activities. Maru Restaurant Group, based in Detroit, Michigan, was recently sued for overtime wages, tip pooling, and the usage of “service charges.”

Tipped workers were required to join a tip pool, where they divided their tips with back-of-house personnel (who are not legally authorized to collect tips), and the employer utilized a “tip credit” to pay tipped employees the tipped minimum wage. Additionally, the tipped workers were reportedly underpaid for overtime.

The tip pool was planned to end in October of 2016. The employer, on the other hand, reportedly imposed a “service fee” and maintained the tip pooling practice under a new name.

“Thank you for joining us at Maru!” the service fee notification allegedly stated. We think that hospitality is a team sport, and that providing you with the level of service you expect from us necessitates the participation of the whole team. Some of our coworkers (for example, our cooks, hostesses, and dishwashers) are unable to partake in our visitors’ generosity, despite the fact that their efforts are equally as important to your Maru experience. In order to spread the love, we’ve implemented a 10% service fee, so please tip 10% less than you typically would. This service fee will benefit all of our dedicated employees, including your server…”

Morgan & Morgan attorney Michael Hanna was awarded $1.45 million in the resultant settlement for people who were harmed by the illegal policy.

Because tip pools are difficult to comprehend, it’s impossible to tell if a restaurant’s tip pool is legitimate. If your employer removes your tips, you split tips with back-of-house personnel, you take home less than the minimum hourly rate, or your employer creates extra service charges, you may be tricked out of pay.

If your hourly wage falls below $7.25 (including tips), you may be eligible to reimbursement.

I’m not sure how I’m going to fight back.

Whether you’re a bartender or server who thinks you’re being forced to engage in unlawful tip pooling or being underpaid for normal and overtime hours, call us immediately for a free legal consultation to see if we can assist. Our lawyers have helped firms and employers collect more than $5 billion in damages.

Tip pooling is a system that takes wages from servers, bartenders, and other staff members. The point system for the tip pool is usually 10% of the total bill. Reference: tip pooling point system.

How does pooling tips work?

What does pooling tips do?
A: Pooling is the act of sharing your tips with other players to help them reach their ultimate goal. This can be done via cash out or through a process known as tipping which allows you to pool up all of your money into one large tip, then give that amount and more back in return for insane combos. The further along in Beat Saber tracks you are, the more significant each combo becomes towards that end goal. For example if it takes 400 points on average to complete an Expert track, but 1k score is needed for Gold and 2k scores need Silver medals at Master levels; then by gathering everyones individual tips together (essentially creating a pyramid), theyll have enough money pooled-up toward those goals on hand when they start playing so they dont have to grind nearly as much!

How are pooled tips calculated?

Why are my tips deducted from my paycheck?

A: Tips are deducted from your paycheck because theyre voluntary. If you feel like giving a server or barista more than the standard amount, that would be great but its not required.