It’s hard to know where the next gadget-related health crisis will come from. We’ve seen a string of injuries and deaths related to fitness trackers, hoverboards, even vaccines. The FDA is working on ways for companies like Apple and Google (and let’s not forget Samsung) to better protect consumers in the future — but progress has been slow going so far.

The “medical device servicing regulations” are in place to ensure that devices like pacemakers and heart valves are safe. However, recent hospital failures have undermined these efforts. 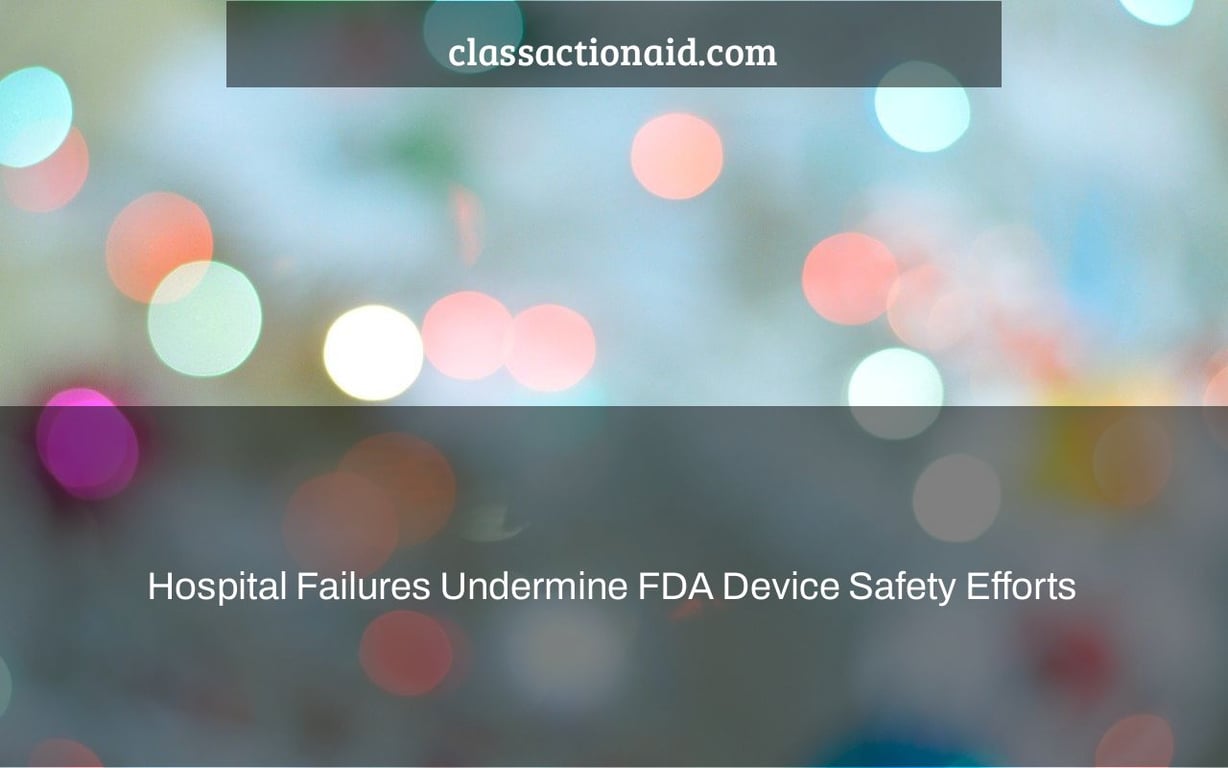 Consumers should be aware that they may submit medical device issues to the FDA directly via its website, according to ClassAction.com.

You may also utilize ClassAction.com to report issues and see whether you have a legal case against a gadget maker.

Hospitals and manufacturers are important players in the data collection process.

The FDA must strike a balance between the need to promptly bring novel, life-improving technologies to market and the necessity to assure device safety and efficacy prior to marketing. As a result, FDA depends on both premarket (clinical research) and postmarket (surveillance) evaluations (monitoring devices once they are cleared for sale).

Pre- and post-market data are used by the FDA to assess the safety of medical devices.

The FDA has a variety of post-market monitoring measures at its disposal, including medical device reporting. A major injury potentially connected to a medical device must be reported to the manufacturer within 10 days, and a probable device-related death must be reported to both the manufacturer and the FDA. At the start of each calendar year, hospitals must also submit yearly reports to the FDA.

Device makers are also responsible for reporting. When a producer learns of an injury or death connected to one of its products, it has 30 days to submit a report with the FDA.

The FDA conducted inspections at 17 hospitals where difficulties with power morcellators and duodenoscopes reportedly occurred in response to a series of high-profile device safety issues that hospitals neglected to disclose.

The FDA said in October 2016 that the inspections uncovered reporting errors at a number of notable medical facilities, including Massachusetts General Hospital in Boston, New York Presbyterian Hospital, and the Ronald Reagan UCLA Medical Center.

Failure to submit necessary reports, insufficient reporting processes, and a lack of reporting requirements knowledge and training among hospital employees were among the issues discovered during the inspections.

In a blog post, Jeffrey Shuren, Director of the FDA’s Center for Devices and Radiological Health, addressed the reporting gaps, saying that although certain institutions were singled out, the problem is pervasive.

“We think these institutions are not uncommon in that some hospitals disclose little or no information to the FDA or manufacturers. Mr. Shuren said, “We want to cooperate with all hospitals to solve these challenges.”

In December, the FDA will host a workshop to consider strategies to strengthen hospital-based monitoring.

Patients who want to take an active part in medical device adverse event reporting may use MedWatch to submit reports online.

The FDA’s oversight of medical devices has been criticized.

Poor FDA supervision was found to be to fault in a Senate probe of superbug outbreaks at hospitals related to duodenoscopes—tube-like medical instruments introduced via the mouth into the stomach and intestine for minimally invasive operations.

The fundamental purpose of device makers is to bring innovative items to market as rapidly as possible, not to preserve patient health.

The Senate stated in its January 2016 report, “This study plainly exposes the FDA’s present device monitoring system’s failure to correctly detect the scope of device issues when they arise, posing an unacceptable danger to patients.”

The FDA’s 510(k) clearance procedure, which permits devices to be certified for sale without undergoing extensive premarket testing if they are “substantially identical” to devices already on the market, should be changed, according to the research. The 510(k) method is used by the FDA to approve hundreds of high-risk medical devices each year. 510(k)-approved devices, including as metal hips, transvaginal mesh, and power morcellators, have been the subject of some of the most high-profile product failure cases in recent memory.

When a maker alters a medical device in a manner that might affect its safety or efficacy, a 510(k) submission is also needed.

Between 2012 and 2015, makers of duodenoscopes accused for spreading antibiotic-resistant illnesses made significant design modifications to the devices that altered their decontamination parameters, according to the Senate study, but neglected to file appropriate 510(k) applications. The gadgets had been in use—and spreading infections—for years by the time the FDA concluded that applications should have been filed. At least one producer was aware of contamination issues but chose to remain silent about them.

Manufacturers must decide whether or not a 510(k) application is necessary, according to the Senate report. However, since the primary purpose of manufacturers is to bring new items to market as rapidly as possible, this presents a significant conflict of interest.

In reality, relying too much on manufacturers and hospitals to self-report device safety information puts consumers at the mercy of companies with financial incentives to avoid making timely and comprehensive disclosures in order to avoid expensive lawsuits.

Patients can take efforts to assist themselves, such as reporting directly to the FDA and keeping firms responsible, while a stronger FDA can help to ensure patient safety.

What does the FDA do in regard to medical device safety?

A: The FDA is a government agency that helps make sure the food and drug industries are following regulations. They also oversee all medical device companies in the US, to ensure theyre adhering to safety standards.

Does the FDA have jurisdiction over medical devices?

What were the main challenges for the medical device company?