The Federal Trade Commission filed a lawsuit against two car dealerships for using prerecorded text messages to advertise their used cars. The FTC alleges the companies violated federal law by not allowing consumers to opt out of receiving future texts from the dealership without paying a fee.

The “unsolicited text messages lawsuit” is a class-action lawsuit that claims the dealership sent prerecorded messages to customers. The lawsuit claims that this was done without consent. 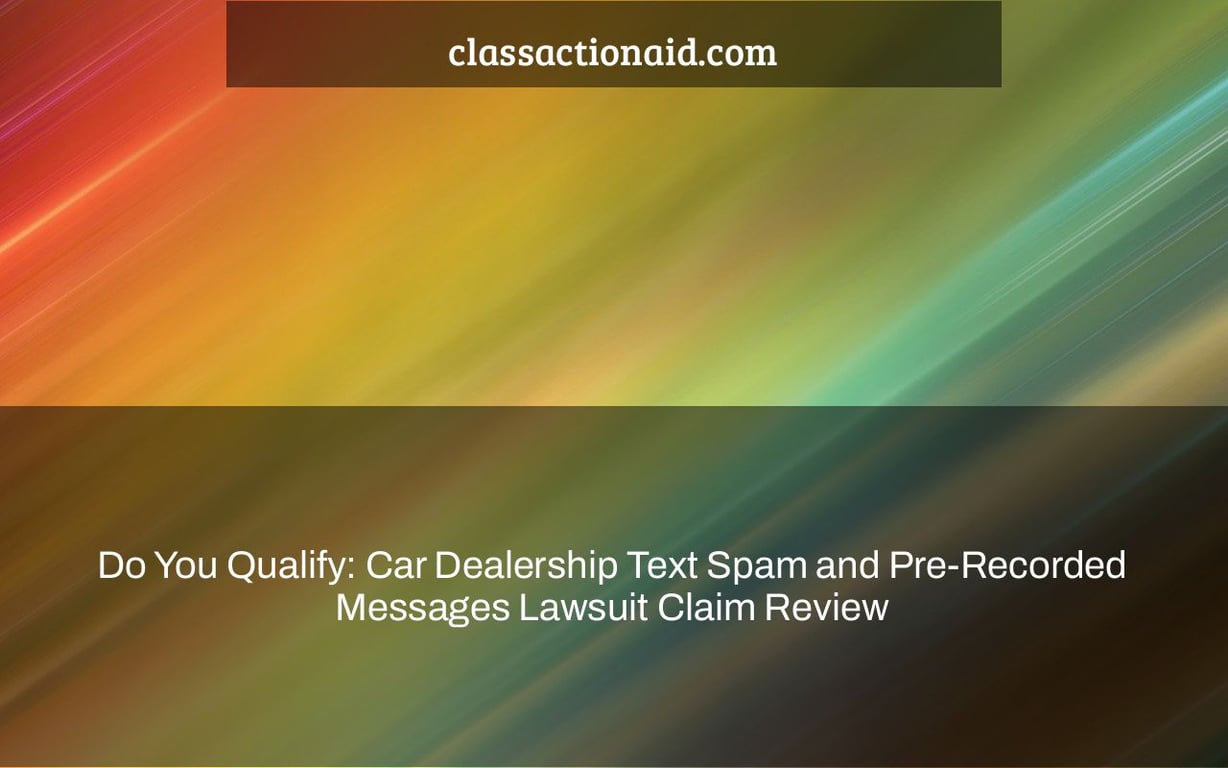 The TCPA, as previously stated, prevents customers from receiving unsolicited commercial communications. Excessive phone and text marketing by businesses is at best inconvenient for customers and, at worst, may violate their privacy rights.

Thousands of these unsolicited messages have been received by consumers through their phones from a number of auto dealerships, according to consumers.

Learn more about how to join the National Do Not Call Registry.

Unwanted Calls on Your Cellphone

Automobile dealership Unwanted mobile phone calls are one kind of TCPA violation. Companies must get a document signed by the customer that contains a “clear and conspicuous statement” indicating the consumer has consented to receive marketing calls in order to conduct telemarketing calls under the TCPA.

“The start of a telephone call or message for the purpose of promoting the purchase or rental of, or investment in, property, products, or services,” according to the TCPA.

Telemarketing to customers without their explicit written permission may be a TCPA violation, whether it’s to offer a vehicle or another product or service.

The Federal Communications Commission (FCC), to whom Congress assigned jurisdiction over the TCPA, issued a decision establishing that consumers are entitled to TCPA protection for text message communications as well.

This implies that businesses may be in breach of the TCPA if they send unsolicited promotional text messages, often known as text message spam, to customers without their explicit written permission.

Read more: Is Your Car Dealership Texting You Without Your Express Written Consent?

When Congress passed the TCPA, it singled out robocalls and the usage of automated dialing systems (ATDS) as specific annoyances.

Robocalls are prerecorded marketing messages that, although a cost-effective marketing tool for businesses, irritate customers since there is no actual person on the other end of the line.

Congress deemed marketing calls made using ATDS or robocalls, or a mix of the two, to be an annoyance, as well as a violation of privacy, expensive, and inconvenient.

Furthermore, in 2012, as mobile phones became more prevalent in most people’s lives, the FCC strengthened the TCPA’s prohibitions on automated phone calls.

When a car dealership utilizes any or all of these ways to contact customers without their previous explicit written permission, TCPA violations may arise.

If the unsolicited marketing communications are determined to have been sent intentionally, car dealership TCPA violations may result in hefty fines—up to $1,500 per violation.

Continue reading: How Do I Stop Receiving Robocalls From Car Dealers?

A “robocall settlement” is when a company agrees to pay up to $500,000 as compensation for the damages that have been caused by pre-recorded messages. The “Do You Qualify: Car Dealership Text Spam and Pre-Recorded Messages Lawsuit Claim Review” talks about how this type of lawsuit can be filed.