Cobra Insurance is a company that offers insurance to help protect people’s assets and property. They have many advantageous features that make their coverage stand out, such as no medical exam required and flat-rate premiums.

Cobra benefits are offered to employees who have worked for the company for more than 18 months. There is a possibility that cobra can be extended beyond 18 months due to coverage. 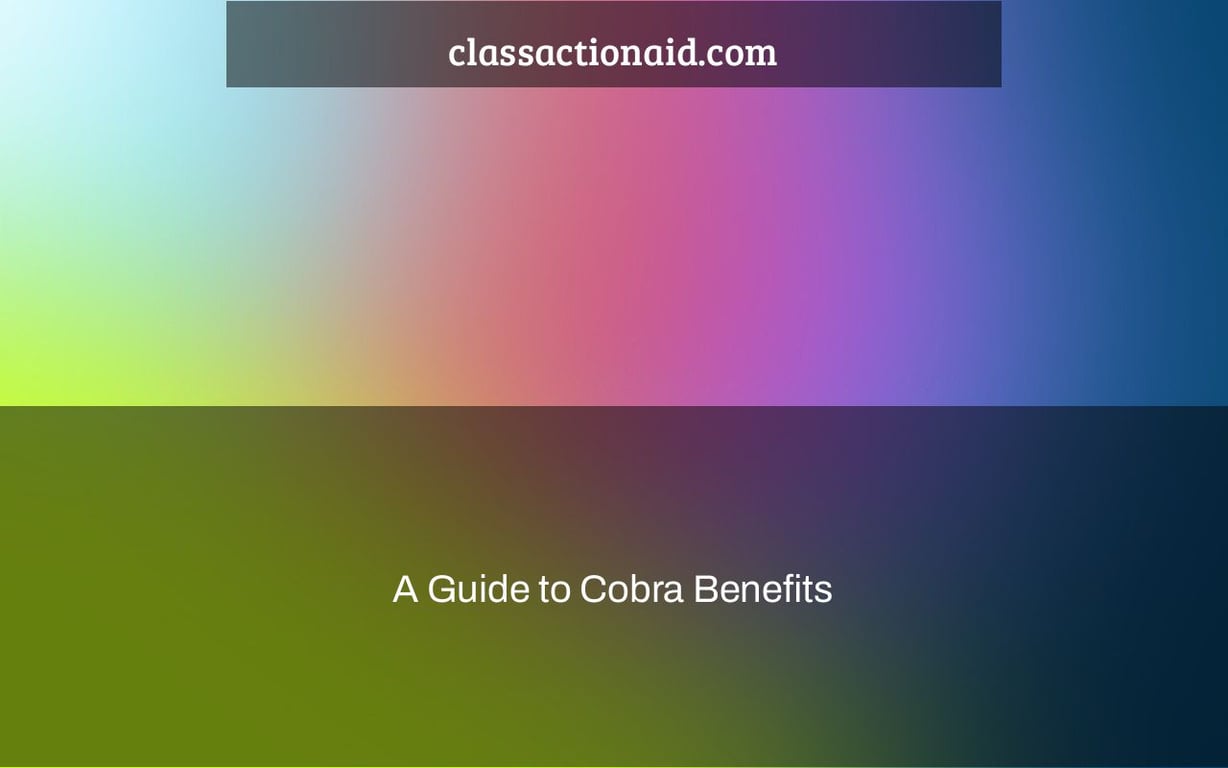 People who have recently been laid off or had their hours cut as a result of the coronavirus epidemic may be concerned that they may lose their employer-sponsored health insurance at a time when going without health care might be hazardous. Fortunately, most workers in the United States are eligible for COBRA, which allows them to keep their current health insurance.

However, some customers claim that they were not informed of their rights under the act, either because they received an inadequate notice or because they never received one at all. Employees who are eligible for COBRA benefits must be informed of their entitlements within 44 days of having their hours cut or being laid off, according to the legislation. The employee will have 60 days to determine whether or not to participate in the program’s health insurance coverage.

COBRA benefits should be understood by those who did not get full COBRA information (or none at all) when they were laid off. Plaintiffs have filed lawsuits against a number of companies, including Marriott and Best Buy, alleging that they were not given appropriate notifications when their employment ended.

What is the COBRA Act, and how does it work?

Companies with a minimum of 50 full-time employees are required by federal law to offer health insurance to individuals who qualify by paying a portion of their premiums. The business is no longer obliged to pay its part of the premium after that worker’s employment expires or their schedule falls below a certain number of hours per week.

The COBRA Act allows the employee and his or her insured family members to keep their health insurance by paying the employer’s portion plus 2%. While this may be more costly for the employee, it is generally less expensive than purchasing an individual insurance.

COBRA is a medical insurance policy that may cover the expenses of prescription drugs, dental, and vision care. COBRA health insurance must, in general, be similar to that provided to current workers as long as the former employee qualifies. Workers who qualify must also have the same options as those who are still subject to their employer’s rules.

In most instances, a former employee may get COBRA benefits for 18 months, although this can be extended to three years in specific circumstances, such as:

Benefits under COBRA may be discontinued early if:

Is COBRA a Good Investment?

COBRA, like most things, has advantages and disadvantages. Beneficiaries, on the one hand, continue to have access to the same health-care provider(s) and network. Pre-existing illnesses and regular prescription medicines are also covered under COBRA. This may be essential for individuals who need to keep visiting the same physicians or who know they will need healthcare throughout their unemployment.

A COBRA insurance, on the other hand, may be expensive since the employer no longer pays a portion of the premium, putting the whole responsibility on the insured. Many companies contribute up to 80% of the cost of a health-care plan.

These expenses are entirely the responsibility of the covered person under COBRA, which means that their health insurance premiums may skyrocket. The average cost of employer-sponsored health insurance in 2019 was more than $7,000 for a person and over $20,000 for a family, according to the Kaiser Family Foundation. Employees typically pay about $1,000 for individual coverage and $6,000 for family coverage, so this may be a significant cost hike.

There is also a time restriction, as well as the possibility that the coverage may be terminated by the employer. Furthermore, if the plan changes in any way, such as the services provided or the deductibles, the beneficiary will be forced to accept them.

The good news is that the additional expenses of a COBRA insurance are tax deductible; at the moment, taxpayers may deduct COBRA premiums and other health-care expenditures that exceed 7.5 percent of their Schedule A income.

What are qualifying events for COBRA?

A: COBRA is an acronym for Construction of Building Regulation and Accessibility Act. Generally speaking, these are events that have a significant impact on the building. This can include incidents such as earthquakes, fires, hurricanes and floods.

How does Cobra insurance work when you leave a job?

A: You get to keep your Cobra insurance when you leave.

How long can you use COBRA after leaving a job?

A: If you have left a job, then the period of time that Cobra is still effective differs from person to person. This will depend on how long they were employed and if they are covered by COBRA or not.